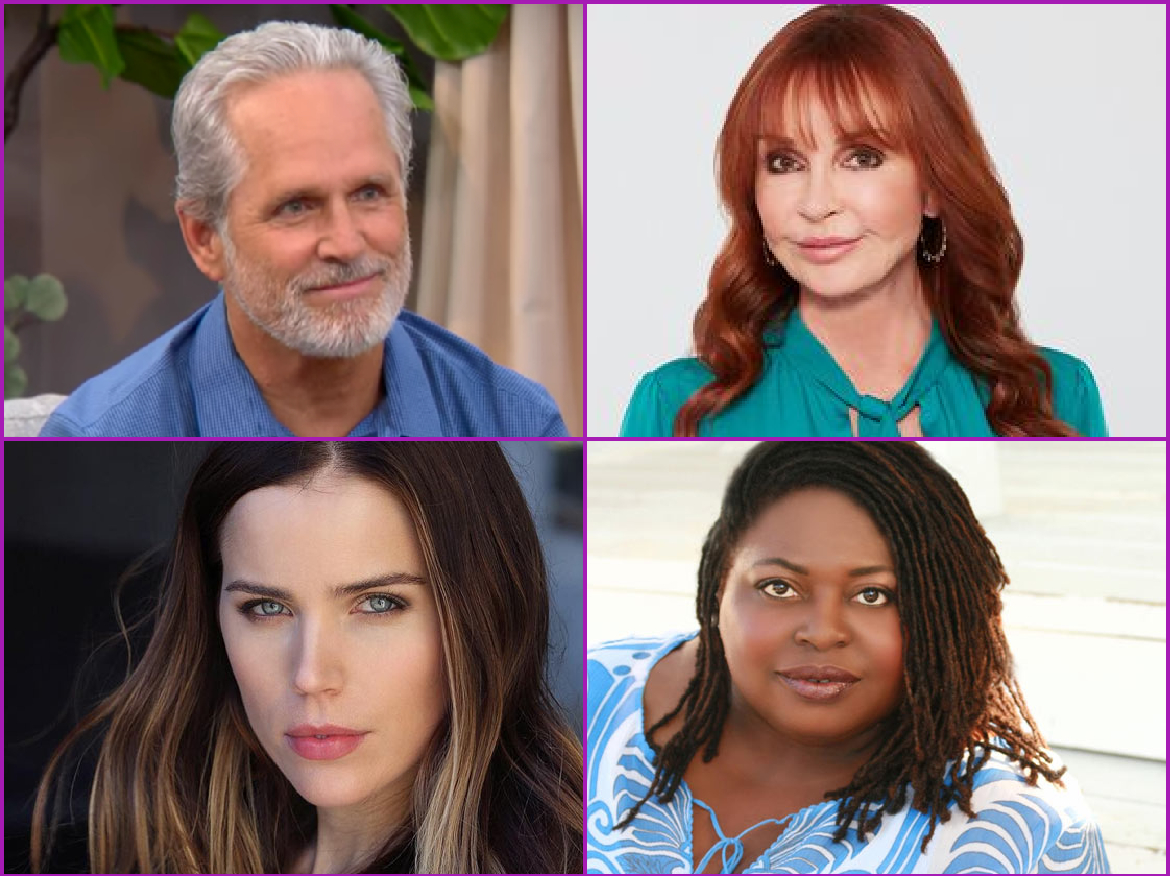 General Hospital spoilers reveal that two weddings are coming up in Port Charles, NY and there will be a double ceremony. Maxie Jones (Kirsten Storms) is marrying Peter August (Wes Ramsey) and Hamilton Finn (Michael Easton) is marrying Anna Devane (Finola Hughes). The choice of a double ceremony was Maxie’s idea and no one was able to talk her out of it.

Finn’s dad Gregory Chase (Gregory Harrison) needs a plus one since his wife (they are separated) has already claimed the arm of her ex Robert Scorpio (Tristan Rogers). Is she trying to make Gregory jealous or could her real target be Finn? Escandalo! These two slept together the night she married Gregory and Harrison Chase could be Finn’s son not his brother.

Anywho, here are three lovely and eligible women who would make a perfect wedding date, and maybe more, for Gregory.

Barbara Jean Spencer should stop whatever it is she is doing with Scotty Baldwin (Kin Shriner) and get with a real man. We bet Gregory has never blackmailed two people for college tuition for his grandson! Gregory would treat her like the lady she is and perhaps persuade him to stick in Port Charles a little longer. Gregory is as mysterious as he is easy going and there has got to be a skeleton or two in his closet.

Epiphany Johnson (Sonia Eddy) is back on the market after a breakup with Magic Milo. If she’s ready to ditch the boy toy scene and go for someone a bit more established in his career, college professor Gregory would be a good fit. He seems to have sense and morals, just like Epiphany, but a rascally side as well as shown by his boy’s only poker games.

Sasha Gilmore (Sofia Mattsson) is a hot mess but a beautiful one and if Gregory wants a fling to get over his wife Jackie Templeton, he could do worse than the face of Deception. Maybe he needs to let his hair down hang out with a younger crowd to remember what life was like before marriage and kids.

What do you think GH fans? Is there another woman that should accompany Gregory to his son’s wedding? Tell us what you think GH fans, who is the best choice as a wedding companion for Gregory Harrison?

The Bold and the Beautiful Spoilers: Thomas Manages To Bring Hope Back Into His Orbit