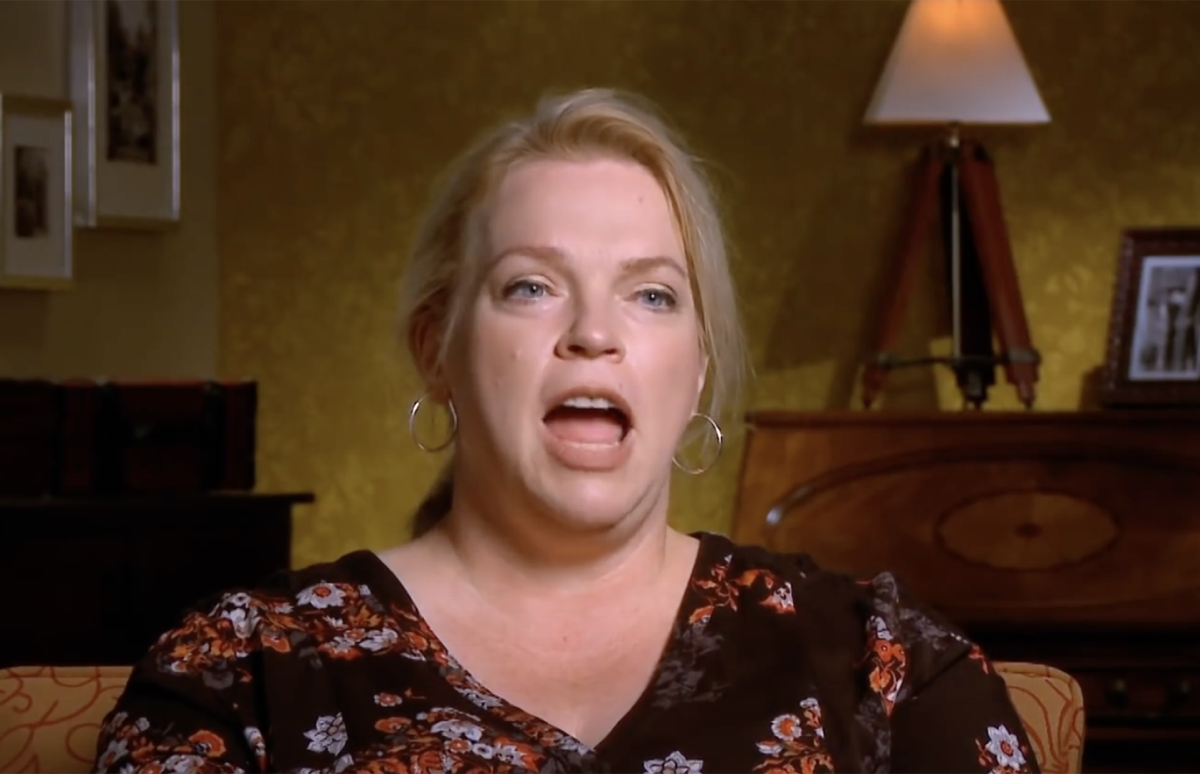 Sister Wives spoilers 2020 Janelle Brown’s mother recently passed away. It turns out that the reality TV personality received something special after her death. The family has officially adopted a special family member that was living with Janelle’s mom. Keep reading to get all the details.

On December 7, 2020, Janelle’s mother passed away. Sheryl Lee Brown had a complicated backstory. She was actually married to Kody Brown’s father at one point and around the same time, Janelle married Kody. It was the first plural marriage for both women. Fans might remember seeing Sheryl a few times on Sister Wives. Sheryl lived with Winn Brown on his Wyoming ranch. He died seven years ago and now Janelle is grieving the death of Sheryl.

After Sheryl’s death, there was a family member left behind that needed someone to take him in. His name is Obidiah “Obi” Brown and he was Sheryl’s dog. Janelle has announced that she has taken in Obi and calls him a wonderful addition to their home.

The Sister Wives star has been a dog rescue advocate for many years. She absolutely loves canines and can’t stand to see them abandoned, abused or suffering. She has spent a lot of time talking about the importance of rescuing animals. In fact, she has another dog besides Obi. She adopted Bryn, who is now eight years old. Janelle has said in the past that the gray hair on her dog makes her sad, but she also expressed hope that Bryn will have many more years in her. 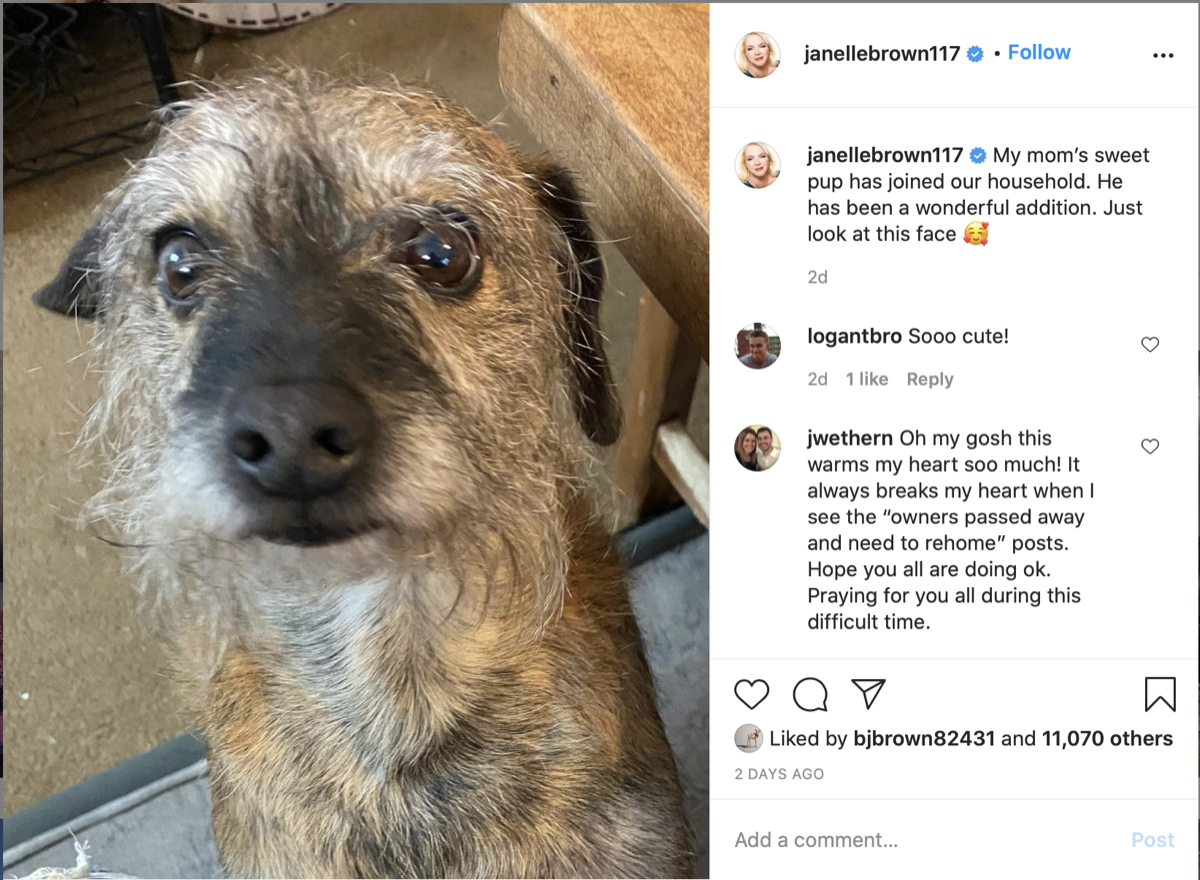 Each time we see pictures of Janelle’s pets, it is clear that they are very happy. So, it’s clear that Obi has found a wonderful new home. Animals can grieve the death of a owner just like humans do, but hopefully the love Obi gets with Janelle’s family will make the rest of his years happy ones. Dogs also have very unique personalities and Obi is no exception. The lab mix is called the “annoying little brother” to Bryn.

On Instagram, the Sister Wives star wrote, “My mom’s sweet pup has joined our household. He has been a wonderful addition. Just look at this face.” 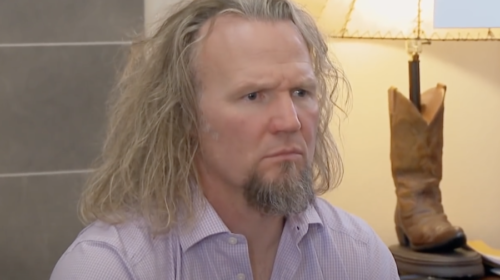 Fans commented on the sweet picture by saying how cute Obi is and one added how much they love scruffy faced mutts. Another said that Obi looked like he was missing Sheryl already. Some other comments include,

“Oh my gosh this warms my heart so much! It always breaks my heart when I see the “owners passed away and need to rehome” posts. Hope you all are doing ok. Praying for you all during this difficult time.”

“I bet he misses your mom. I am glad he is with you all now.”

Be sure to catch up on everything happening with Janelle Brown right now. Come back here often for Sister Wives spoilers, news and updates.