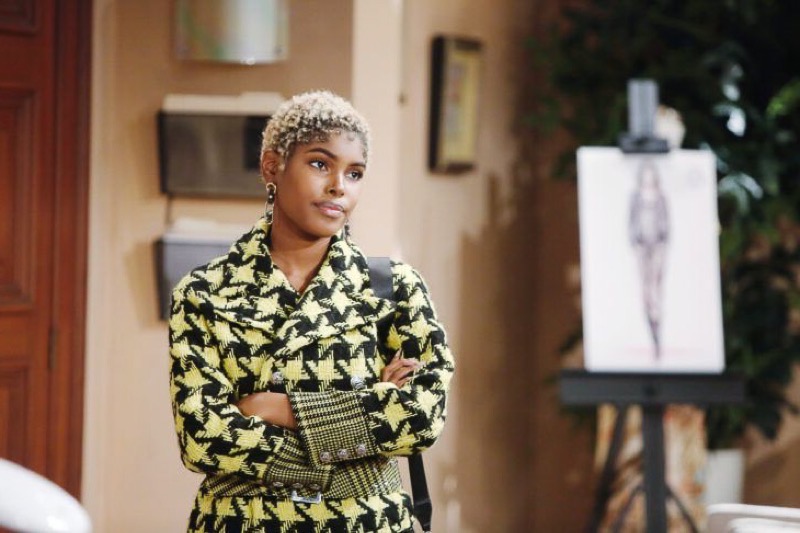 The Bold and the Beautiful spoilers for the week of February 1 reveal that in Los Angeles Paris Buckingham (Diamond White) is ready to go to war. She decides that it is time for Carter Walton (Lawrence Saint-Victor) to know what kind of floozy he’s marrying. She decides to expose Zoe Buckingham’s (Kiara Barnes) betrayal.

If At First She Doesn’t Succeed…

B&B spoilers reveal that last week, we saw Zoe try to get Zende Forrester (Delon de Metz) to admit to his feelings. She needs assurance that he could still be her back-up man if things with Carter fall through. She thought having a back-up romance would ensure she would always have a plan B, but then Paris announced she kissed Zende. Now Zoe is in a frenzy and trying to figure out how to keep both Carter and Zende. However, her little love speech didn’t work, but that doesn’t mean she won’t try again. In fact, it is teased that Zoe makes some major moves on Zende and this time, he might not be able to resist temptation.

The Bold and The Beautiful Spoilers: Making Out With Zende Forrester

We know that during Zoe’s speech to Zende, Ridge didn’t catch her in the act. However, it has been confirmed that Ridge catches her doing something with Zende. So, that must be coming up within the next two weeks. Spoilers from Soap Opera Digest give the impression that what Ridge sees is more than just two coworkers having a conversation. At the very least, it’s a kiss, but we are thinking it is probably much more. 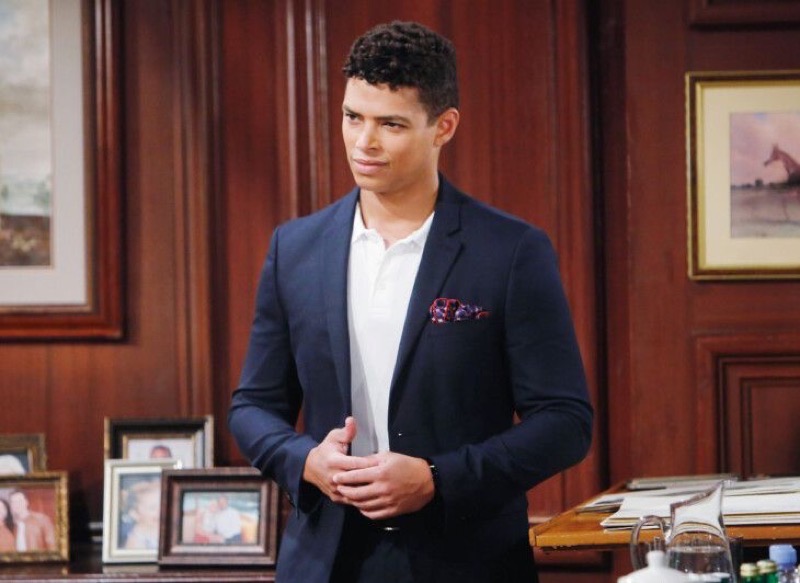 The Bold and the Beautiful spoilers indicate that Zende must confess what happens to Paris because she finds out somehow. Even though Zoe would like to rub it in her sister’s face, she doesn’t want anyone reporting her devious deeds to Carter. With the way things are going between the Buckingham girls, Zoe doesn’t want to take any chances.

The Bold And The Beautiful Spoilers: Paris Buckingham Tells!

In two weeks, Paris decides that it is time to tell Carter the truth about Zoe. This indicates that something happens that makes the Forrester Creations newbie expose her sister’s dirty deeds. Perhaps something was said or maybe she saw something that wasn’t for her eyes. If she truly wants Carter to know about Zoe’s betrayal, then she better hurry before her sister does damage control.

Do you think Paris will get the chance to tell Carter about the woman he is going to marry? Or will Zoe have a perfectly logical explanation or worse, tell Carter that Paris is a liar? If she does the latter, she better be careful because Ridge also knows what she did with Zende. It’s one thing to have Paris say something, it’s quite another to have multiple people report the same story about Zoe’s unfaithfulness.

The Bold And The Beautiful Spoilers: Zoe Gets Grilled! Ridge Demands Answers About Zende And Carter