The Bold And The Beautiful (B&B) Spoilers: Bill Begs Katie For A New Start, Will She Take Him Back Again? 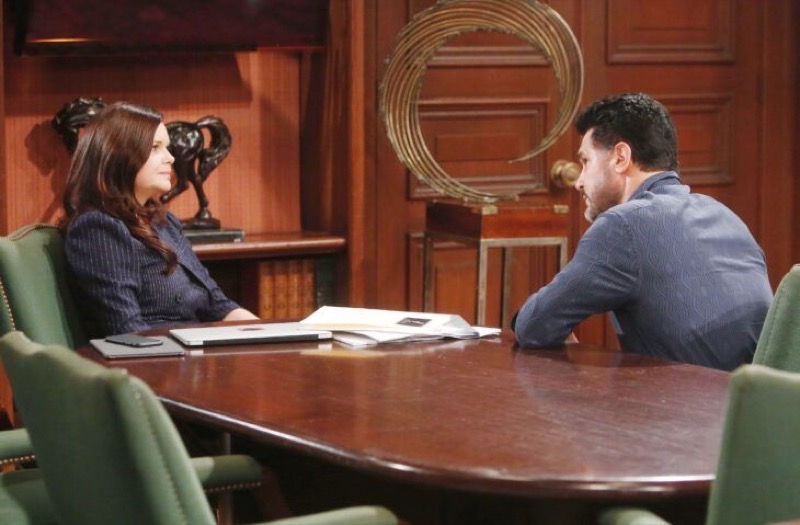 Longtime viewers of The Bold and The Beautiful will remember that this isn’t Katie’s first rodeo with the cheating stud; it seems to be ingrained in the Spencer mens’ blood to waffle back and forth between women. The first time Katie and Bill were married he cheated on her with Steffy Forrester (Jacqueline Macinnes Wood). Katie was just about to suggest a vow renewal ceremony when she found out, and the stress of it literally broke her heart – she had a heart attack!

She eventually had a heart transplant, after her noble brother Storm Logan (William DeVry) sacrificed his own life at his own hand to save that of his baby sister. They divorced, then remarried. She became pregnant with their son, Will Spencer (Finnegan George). During that time, Bill cheated on Katie with her own sister, Brooke Logan (Katherine Kelly Lang), which was a double betrayal! This last time Katie did not remarry Bill even though they were trying to work things out.

The same video taken by The Bold and The Beautiful Shauna Fulton (Denise Richards) that wound up on a digital photo frame used at a party celebrating Ridge Forrester (Thorsten Kaye) and Brooke’s plans to remarry not only broke up Ridge and Brooke, but broke up Bill and Katie again, because the video was of Brooke and Bill making out in Hope Logan Spencer’s (Annika Noelle) cabin, through the window! Again, a double betrayal, and the added embarrassment of everyone at the party seeing the video! 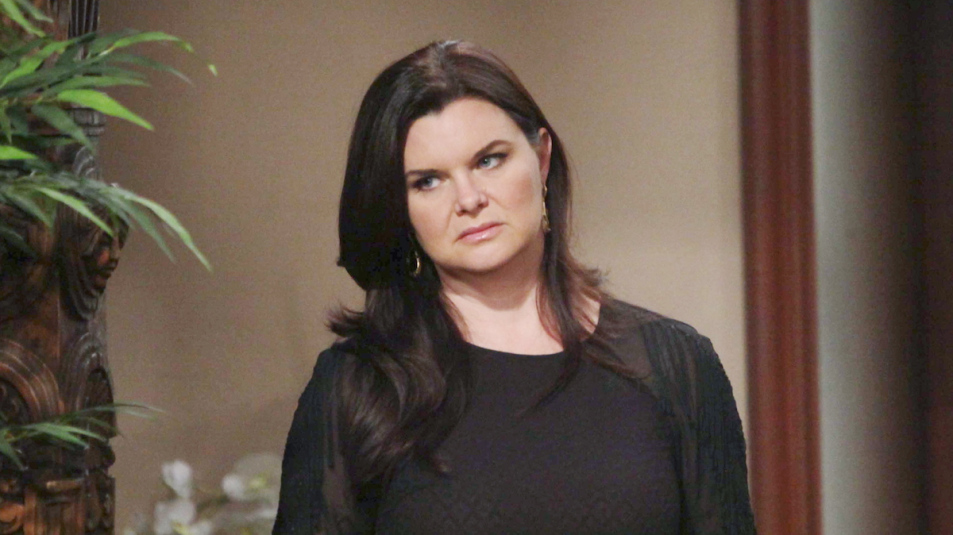 The Bold And The Beautiful Spoilers – Will Katie Logan Take Bill Spencer Back Again, Or Has She Finally Wised Up?

Bill and Katie have been separated for many months now, coming up on a year in a short couple of months! Katie has needed a lot of space to even wrap her head around what had happened between her husband and her sister that night in the cabin. The two of them had gotten caught up in a moment, but neither Katie nor Ridge had allowed for any excuses. But since then, with some healing by time apart, Katie has at least become friendly with Bill again.

He is sincerely sorry now and realizes how destructive that momentary lapse of judgment was to their relationship, their family, and of course to Katie herself! Time and distance, even if not in different locations, truly has made Bill’s heart grow fonder and he has realized how much Katie means to him. He has had a true epiphany about how important fidelity is. Bill does something that is very uncharacteristic of Dollar Bill – and attempts to show Katie that he has changed. He tells her in no uncertain terms that he understands this is an uphill battle for her, but wants her to give him one more chance to get things right!

The Bold and The Beautiful spoilers reveal Bill tells her it is his personal goal to prove to her he can be the man that she wants and needs. Bill wants to win back Katie’s trust, but understands the enormity of the task before him to be able to do so. He knows that words alone won’t convince her and asks her to give him the chance to prove it to her. Bill also acknowledges that if she does, it is his last chance, and acknowledges how long they have been together and how many challenges they had overcome together. Her two lifesaving organ transplants are just part of it! Katie realizes there is much to think about, much to forgive, and much to risk. She doesn’t want to be hurt by Bill again and has her guard up. He will give her the time she needs to make sure she wants to let him try again.

The Bold and the Beautiful Spoilers: Bill Spencer Is Desperate To Bring Katie Back Into His Orbit