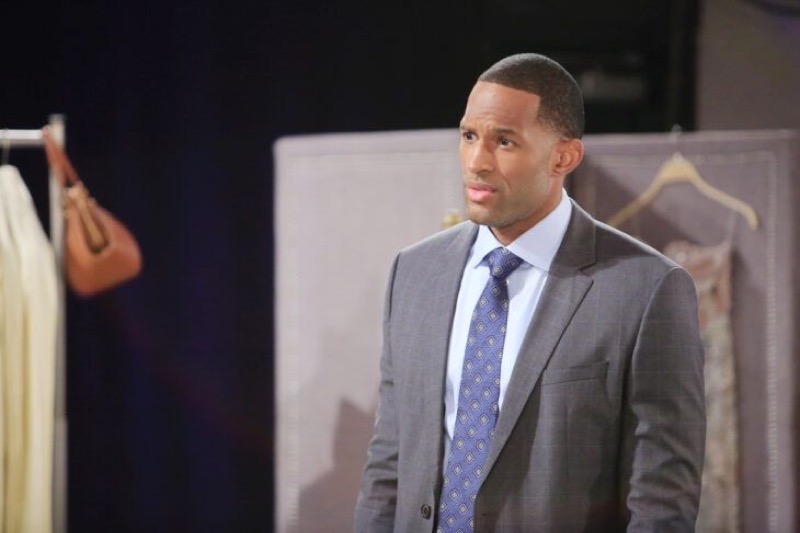 The Bold and the Beautiful spoilers reveal that Carter Walton (Lawrence Saint-Victor) is informed about what his fiancee is really like. He gets the intel on her two-timing ways and seducing Zende Forrester (Delon de Metz). It was teased by the head writer that the wedding is postponed, but not canceled. What stops Carter from dumping the model?

B&B spoilers reveal that a few weeks ago, Barnes explained to Soap Opera Digest what was going on in Zoe Buckingham’s (Kiara Barnes) head. She mentioned that Zeo has been left, dumped, or abandoned by every man in her life and she can’t handle being alone. So, instead of risking Carter breaking up with her and leaving her vulnerable, she is determined to have a back-up guy. However, if someone did this to Zoe, she would be pretty upset, like she wasn’t good enough or the other person was just waiting for a better offer to come along.

Besides, Zoe just isn’t keeping Plan B in the background in case she needs him. It’s a double standard. It seems that Zoe can sleep with Carter and still have a thing with Zende. However, how dare Zende show interest in anyone else and shame on the women who want to get close to him. I guess Zoe thinks that Zende or any other man should stay single, celibate, and don’t even look at another woman except Zoe.

Zoe will keep trying to get Zende to tell her that he has romantic feelings. He hasn’t done it yet and has made it clear that she’s engaged to his best friend, so it wouldn’t be appropriate. However, Zoe doesn’t care about that, so she keeps trying. Each time, she will make a bolder and more intimate move. One day, she finds Zende’s text message that was never sent due to technical issues. It was the one in which Carter asked Zoe not to spend the night with Carter, but she never got it. 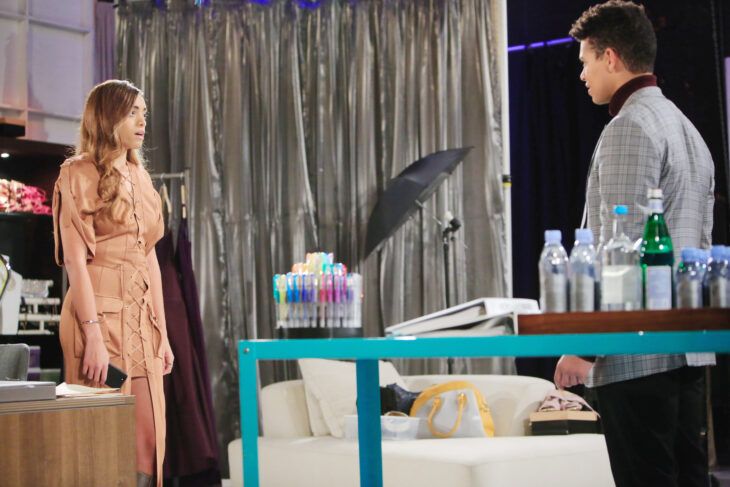 She suddenly finds out now — either it magically gets sent several months later or Zoe is snooping on Zende’s phone. Hse rushes over to show him the text and reasons that they are meant to be together. Next thing you know, Zoe decides that she and Zende should be free to be together. She goes over to surprise him wearing something ultra-seductive.

The Bold and the Beautiful spoilers reveal that Ridge Forrester (Thorsten Kaye) has been keeping an eye on Zoe. Even though she thinks that she is so sneaky, sly and secretive, Ridge knows the truth. In fact, he even catches Zoe and Zende getting cozy, which confirms his suspicions that they’re having an affair.

Ridge isn’t the only person who will have intel on Zoe’s extra-curricular activities. Paris Buckinham (Diamond White) knows information, too. She faces a dilemma over whether to tell Carter the truth or keep out of it. In the end, she decides that Carter should know. After all, if the roles were reversed, Paris would want someone to tell her if she was being betrayed. 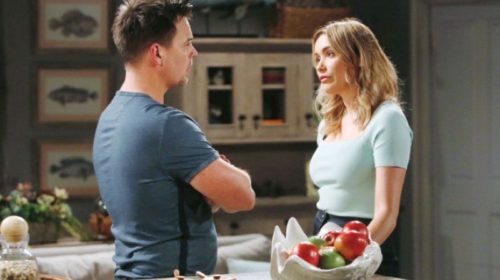 The Bold And The Beautiful Spoilers: Carter Walton’s Decision

It is confirmed in the new issue of Soap Opera Digest that Carter is told the truth about Zoe’s intentions and activities. He is in disbelief and has a hard time believing she would do that. He likely confronts Zoe, who probably plays it off like she’s just confused and wants to marry the right man. She says something that makes Carter “understand” and “be patient” with Zoe. It was hinted by head writer Bradley Bell that Carter and Zoe will face a lot of detours as they go down the road of engagement. So, it sounds like Carter doesn’t dump Zoe, but does delay the wedding.