The Bold And The Beautiful Spoilers: Hope Confronts Steffy For Her Part In Liam Spencer’s Infidelity 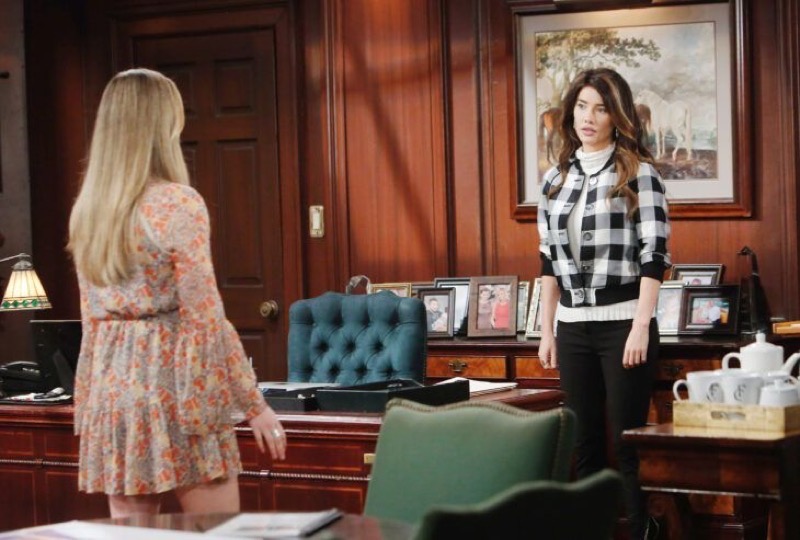 The Bold and The Beautiful spoilers tease that in Los Angeles Hope Logan Spencer (Annika Noelle) will confront Steffy Forrester (Jacqueline Macinnes Wood) for her part in Liam Spencer’s (Scott Clifton) infidelity in an upcoming episode of The Young and The Restless!

The Young And The Restless Spoilers – It Takes Two To Tangle

Viewers of The Bold and The Beautiful will recall that Hope and Steffy were just starting to recover from many years of rivalry and become friends. Liam waffled between Hope and Steffy several times before this, and then there was the horrible time they went through when baby Beth Spencer (River Davison) was thought to be Phoebe Forrester (River Davison) thanks to a sick baby swap scheme!

Hope knows darn well that Steffy is just as responsible as Liam is for that one night stand that now has possibly resulted in a new pregnancy for Steffy and likely the breakup of her and John “Finn” Finnegan (Tanner Novlan) as well as Liam and Hope! Hope also knows that the fact that the two of them were drunk didn’t cause them to give into their passions; alcohol only removes inhibitions, and the passion was within both of them for it to happen anyway!

Both Liam and Steffy, whether drunk or not, made a conscious choice to give into temptations that were obviously already there even though each of them was involved with someone else, supposedly happily! For Hope, it is like waking up from a happy dream only to find out it was really a horrible nightmare all along; or at least it certainly feels that way! Both Liam and Steffy have broken her trust, and that trust may be irretrievable forever! 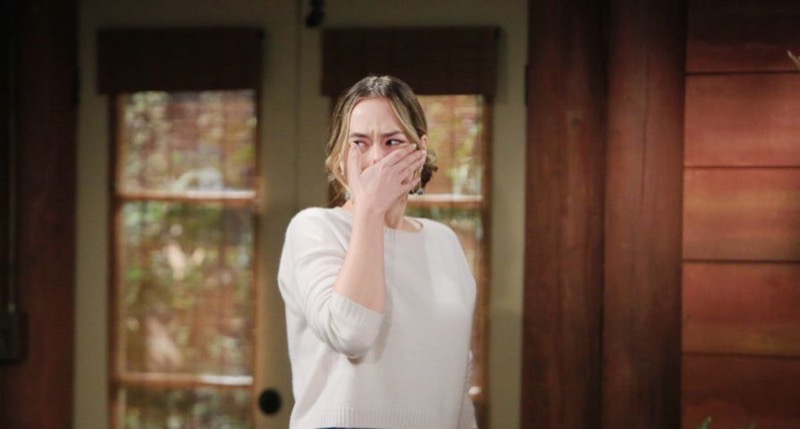 To say Hope confronts Steffy for her part in Liam’s infidelity is a gross understatement! Hope is feeling bereaved, betrayed, and overwrought, as well as livid at both Liam and Steffy! She tears into Steffy, telling her if Liam was out of control, Steffy should have known better and should have been the voice of reason in the matter!

Viewers of The Bold and The Beautiful will recall that Steffy did try to reason with Liam – she kept telling him that Hope would never betray him with Thomas Forrester, (Matthew Atkinson) and he must have misunderstood what he saw! Steffy tried to convince Liam to reach out to Hope before assuming she was cheating on him with Thomas; he just said Hope wasn’t home and he knew exactly where she was! The truth was, she had taken the children on a play date with another young mother’s children and they hadn’t returned yet. 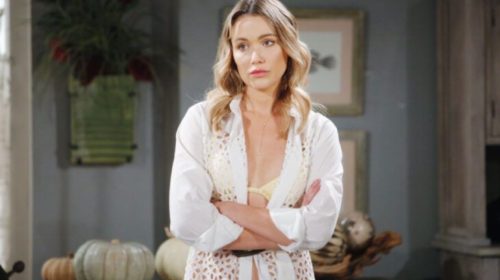 Later she had returned to Thomas’ apartment and found him unconscious and called 911 as well as Finn! But no matter how Steffy tries to defend herself or explain that she had tried to get Liam to go home, no one was there except her and Liam, so as far as Hope is concerned it’s just a she said-she said! Hope cannot believe or trust either Steffy or Liam, and figures they if covered up for each other this long there was a good reason for doing so, and it wasn’t to avoid hurting her and Finn!