The Bold And The Beautiful Spoilers Next Week: Zoe’s Seductive Surprise, Sleeps With Zende While Carter Plans Wedding 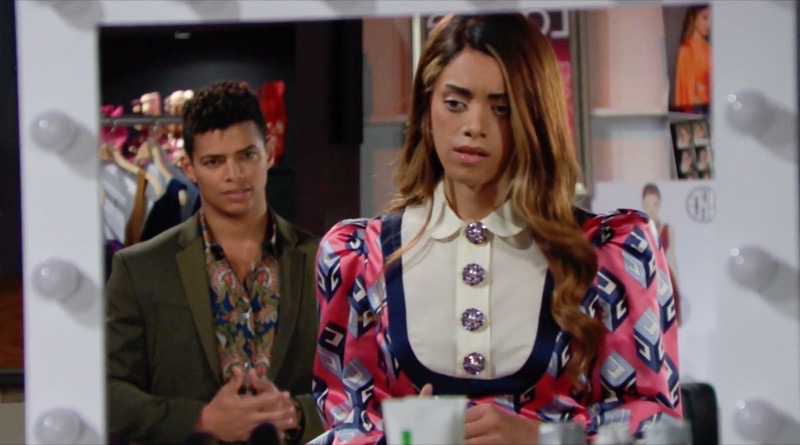 The Bold and the Beautiful spoilers for the week of January 25 reveal that Zoe Buckingam (Kiara Barnes) believes that third time’s the charm. After being turned down by Zende Forrester (Delon de Metz), she surprises him with a super seductive visit. He gives in and sleeps with his best friend’s fiancee. Meanwhile, Carter Walton (Lawrence Saint-Victor) is planning a wedding.

B&B spoilers reveal that Zoe already tried to trick Zende into saying he feels the spark between them. He was careful and didn’t answer her directly, but did ask what her motivation was for the question. He made an assumption that Zoe was getting the wedding jitters, but then she revealed what was really on her mind. She feels that they are “destiny” even though they are both with other people. Zende reminded her that she’s marrying Carter, who is his best friend. To this, Zoe just kept saying what they feel “isn’t’ wrong”

Next, she will make a bold move on Zende to get him to give into temptation. It is hinted they might get close, but don’t actually do anything physical. However, the third time will happen during the week of January 25 and it is suggested that Zoe finally gets what she wants.

The Bold and The Beautiful Spoilers: Seductive Surprise Visit

In the new issue of Soap Opera Digest, it is confirmed that Zoe surprises Zende with a “seductive visit.” She uses all of her cleavage and charm on Zende and it just might work. It will be hard for him to deny Zoe, especially since he does still have lingering feelings for her. However, their tryst is seen by someone who is close to Carter — and he will expose what they have done. 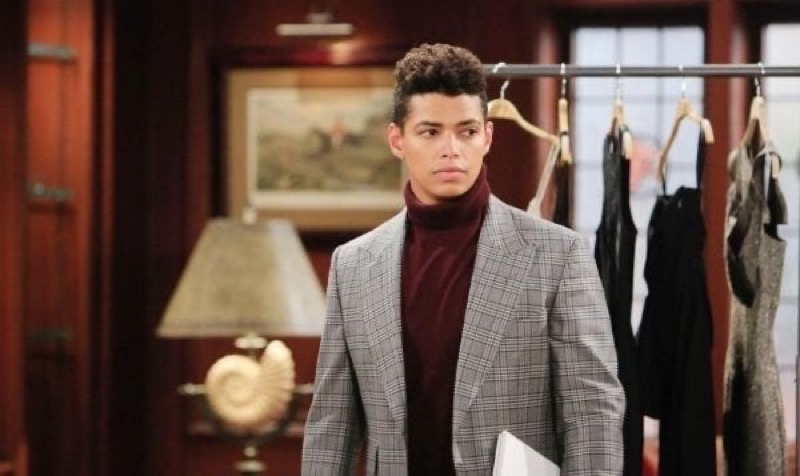 The Bold and the Beautiful spoilers reveal that Ridge tries to get Zoe to talk about her feelings for both men. She doesn’t want to lose Carter because her whole goal is to have the COO as well as a back-up man,which is Zende. She’s not going to admit to having feelings for Zende or sleeping with him.

Ridge also talks to Zende and tries to make it crystal clear that Carter and Zoe are getting married. He repeatedly makes the points about how much Carter cares about his fiancee and it would be devastating if he were ever betrayed. Despite Ridge dropping huge hints that he knows the truth, Zende won’t budge. He doesn’t outright lie, but does act clueless whenever Zoe’s name is brought up. 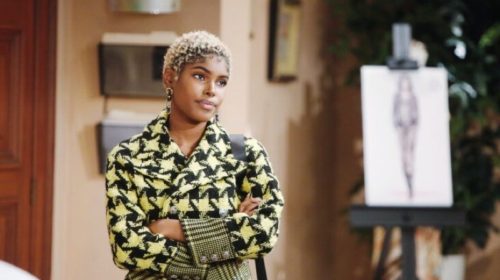 The Bold And The Beautiful Spoilers: Carter Walton’s Wedding Excitement

While Zoe and Zende were getting hot and heavy, Carter was busy planning his wedding. He asks Ridge to be his best man. Even though Carter is a good friend and he wants him to be happy, Ridge just can’t bring himself to happily accept. However, he doesn’t have the heart to reveal that he’s being betrayed by both his lover and best friend. However, the truth will eventually come out and when it does, Carter will be devastated.

Dancing With the Stars News: Witney Carson Shares Revealing All About Her Challenging Delivery