The Bold And The Beautiful Spoilers: Ridge and Brooke Take Sides – ‘Bridge’ Marriage In Trouble 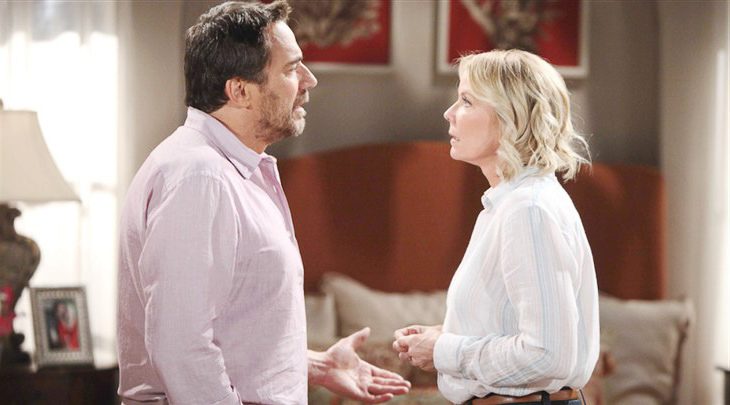 The Bold and The Beautiful spoilers tease that Ridge Forrester (Thorsten Kaye) and Brooke Logan (Katherine Kelly Lang) may once again take sides with their adult children against each other. Viewers of The Bold and The Beautiful will recall the last time that Ridge and Brooke split up it was over Ridge’s favoring of Thomas Forrester, (Matthew Atkinson) and refusing to believe he was the dangerous stalker of Brooke’s daughter, Hope Logan Spencer (Annika Noelle). Will they split over Brooke’s anger at Steffy Forrester (Jacqueline Macinnes Wood) for sleeping with Liam Spencer (Scott Clifton)?

Other spoilers for The Bold and The Beautiful say that Brooke will eviscerate Steffy once she finds out that she is pregnant and it might be Liam’s baby. This is not likely to sit well with Ridge. Steffy has been told not to get upset or stressed because it could affect the health of the baby. Dr. Campbell, (Tina Huang) her OB-GYN told her that the day she tried to get an immediate paternity test done and was told it was too early. However, it is probably just general advice that an OB-GYN would give to all expectant mothers.

Hope has poured her heart out to her mother and Brooke now knows the whole story. Right now she is giving Thomas a second chance and a lot of room, even allowing him to recuperate at her and Ridge’s home. She is starting to see that he has left his obsessive-compulsive stalking behavior behind, and knows he has been working hard, if long-distance, with his mother, Dr. Taylor Hayes (Hunter Tylo) on overcoming his former ways.

The Bold and The Beautiful Steffy is more than sorry for hurting both Hope and her very serious boyfriend, Dr. John “Finn” Finnegan (Tanner Novlan). It’s almost Mama Bear Logan against Mama Bear Forrester as Brooke and Steffy likely get into a two way argument. No one would be surprised if Brooke assumed Steffy had seduced Liam, and hurl accusations at her, when this was not the way it happened at all! 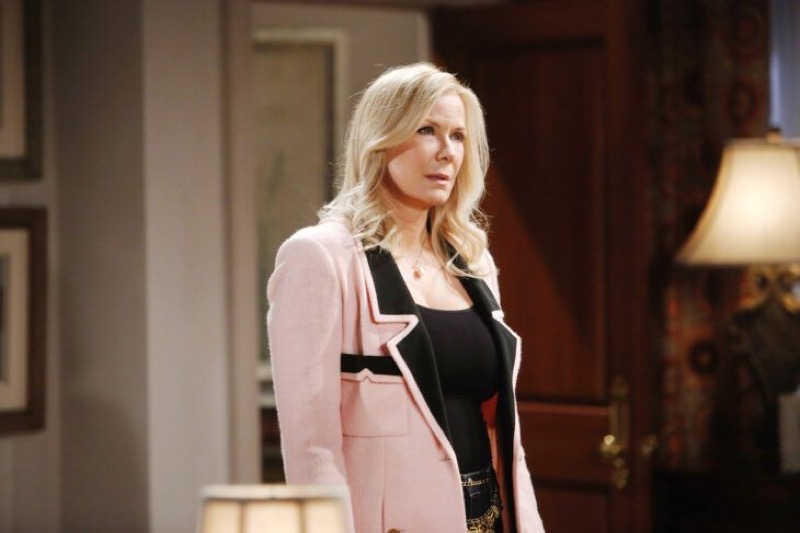 The Bold And The Beautiful Spoilers – Will Ridge Forrester Walk In On Brooke Logan’s Evisceration Of Steffy Forrester?

Previously, no one had told Ridge what happened, including Thomas. Thomas knows everything too, but he has kept it to himself short of trying to comfort Hope and encourage her to forgive Liam. Thomas is trying to be a good friend to Hope, not trying to get her romantically as he once would have, taking advantage of her unfortunate situation. This impresses Brooke when Hope tells her about Thomas’ kindness towards her. Brooke may not be happy with Liam either, but first she must deal with Steffy!

If Steffy had not agreed fully with having sex with The Bold and The Beautiful Liam, Brooke knows it would not have happened! As many times as Brooke herself has been accused of stealing another woman’s man and denied it, she should know that Steffy didn’t just set out to take Liam away from Hope! It promises to be a very ugly confrontation on Brooke’s part. 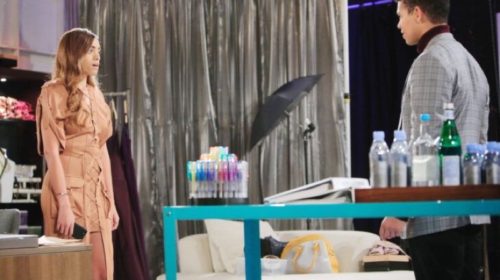 It is entirely possible that Ridge could just walk in on it with no prior knowledge or warning about Liam and Steffy’s one night stand, let alone that Steffy is pregnant! If he walks in on that scene without knowing the context – as Liam did on Thomas kissing that mannequin – and just reacts instead of questioning what’s going on, there could very easily be another split up with Ridge leveling some accusations of his own against Brooke!