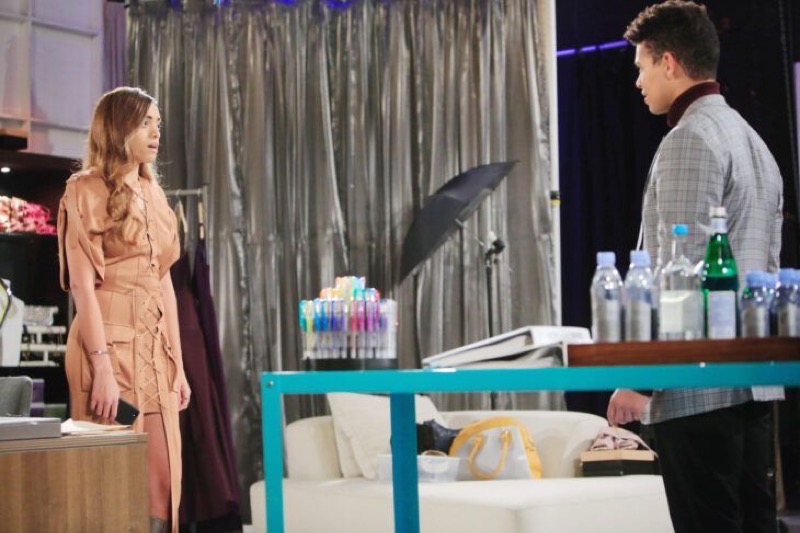 The Bold and the Beautiful spoilers reveal that Zende Forrester (Delon de Metz) warned Zoe Buckingham (Kiara Barnes) that exploring “sparks” is a bad idea. However, she isn’t giving up and steps up her efforts. After a particularly desperate seduction attempt, Zende rejects the model. When she throws him under the bus, Zende finally tells someone about Zoe’s trickery.

B&B spoilers reveal that Zoe has tried giving Zende hints. He hasn’t responded to her subtle clues, so she will intensify her efforts. She even flat out tells Zende what she wants to hear him say. However, he isn’t giving her the response that she wants. Instead, he suggests that she is nervous about the wedding and is looking for an emergency exit.

During the upcoming week, Zoe will take things up a few notches. She wears more revealing clothes. She blatantly flirts with Zende in front of Ridge Forrester (Thorsten Kaye). She practically pounces him physically and even claims to be madly in love with the designer. Despite all of her efforts, Zende refuses to cross Zoe’s fiance. As fans know, Carter Walton (Lawrence Saint-Victor) is also Zende’s oldest and closest friend.

The Bold and The Beautiful Spoilers: Rejection and Revenge

During the week of January 25, Zoe will go visit Zende at the Forrester mansion. The two have never taken flirtation out of the office before. Zoe goes to see him at his family’s estate, where they will likely be caught together. When Zoe tells him that she wants to be with him, that getting together isn’t wrong, and even claims to be in love with him. But no matter what she says, Zende isn’t giving in. 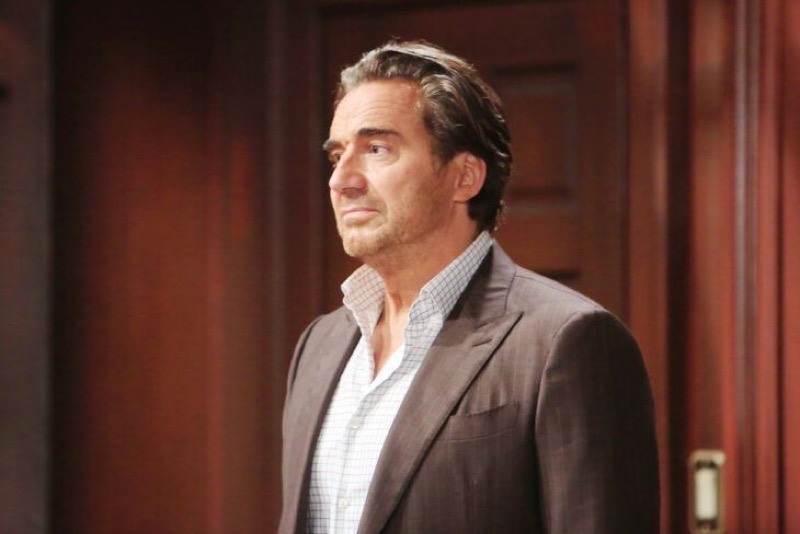 Unfortunately, Ridge walks in and hears Zoe professing her undying love, but doesn’t realize that Zende is reciprocating. Ridge loses his temper and really lets Zende have it for betraying Carter. He tells the designer that what he is doing with Zoe is “so messed up” before storming off.

The Bold and the Beautiful spoilers reveal that Carter finds out about the workplace flirtation, but Zende is the one who gets all the heat. While he still plans on marrying Zoe, Zende is verbally attacked for not respecting boundaries. He could be told that he crossed lines with Zoe, Carter, Ridge, as well as violated policies at Forrester Creations regarding sexual harassment. Now, if Carter really knew the truth, Zende wouldn’t be getting all the blame while Zoe remains engaged to the COO. It seems clear that Carter confronts his future bride and she makes herself out to be some poor victim and Zende is the monstrous villain going after his best friend’s fiancee.

The Bold And The Beautiful Spoilers: Confiding In Paris Buckingham

While Zoe is allowing Zende’s reputation and relationships to be destroyed, there will come a point when the designer opens up. He could end up confiding in Paris Buckingham (Diamond White). When he shares what really happened, Paris will be mortified with her sister. It is teased that Paris takes some time to think about what to do. She believes that Zende is being sincere. She also knows that Zoe can go overboard when trying to accomplish her goals. Paris finally decides that Zende’s name needs to be cleared. She plans on meeting Carter so he can know what really happened (and didn’t happen). However, Zoe is keeping a watchful eye on both Zende and Paris. It’s possible that Zoe could try to stop Paris, but how far will she go to keep Carter from learning the truth?.

Be sure to catch up on everything happening with B&B right now. Come back here often for the Bold and the Beautiful spoilers, news, and updates.