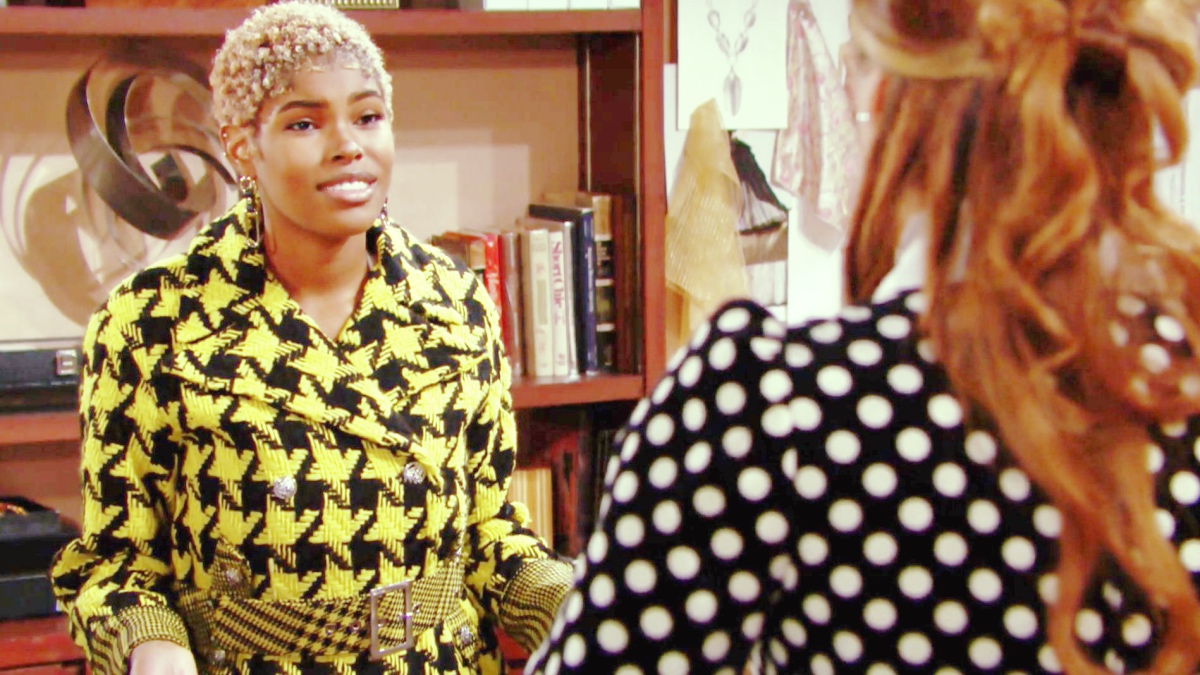 The Bold and the Beautiful spoilers say that Zoe Buckingham (Kiara Barnes) has had enough of her sister Paris Buckingham (Diamond White) trying to steal her groove, so to speak. It’s without a doubt that tensions are high and especially after Zoe learns that Paris is planning to stick around a little longer than expected in Los Angeles. If there’s anything that we’ve learned from the past it’s that having more than one Buckingham family member in this town is never a good idea, right? Read on for all of the latest spoilers.

Speaking to Soap Opera Digest in a new interview, actress Kiara Barnes, who plays Zoe on the hit CBS soap, admits that her character is at a breaking point. Not only is Paris trying to take the man that she has had feelings for, Zende Forrester (Delon de Metz), but now it seems like she’s also trying to mark her spot at Forrester Creations, too. Needless to say, Zoe is not having it. That’s why she has to figure out something in order to remove her sister from the picture.

The Bold and the Beautiful spoilers say that when Zoe strongly suggests that Paris pack her bags and leave town, a confrontation erupts. Kiara Barnes explains, “There’s a lot of unresolved tension between the siblings. But Paris us just as strong-minded and determined as Zoe. Meaning, she’s not afraid to defend herself. So, she may not understand the underlying reasons for her sister giving her pushback, but she will push to figure out what’s going on.”

The Bold and the Beautiful Spoilers: Paris Refuses To Leave Los Angeles

If that weren’t enough, Zoe is also none too pleased with the fact that Zende and Paris’ romance is heating up. Kiara adds, “She sees Zende as a good back-up plan if Careter were to change his mind or leave her, like a lot of her past boyfriends have. Seeing her sister with Zende scares Zoe because that leaves her just as vulnerable, if not, more than before.”

Sister Wives News: Christine Brown Needs to Let It Go – 2021 Is Her Year