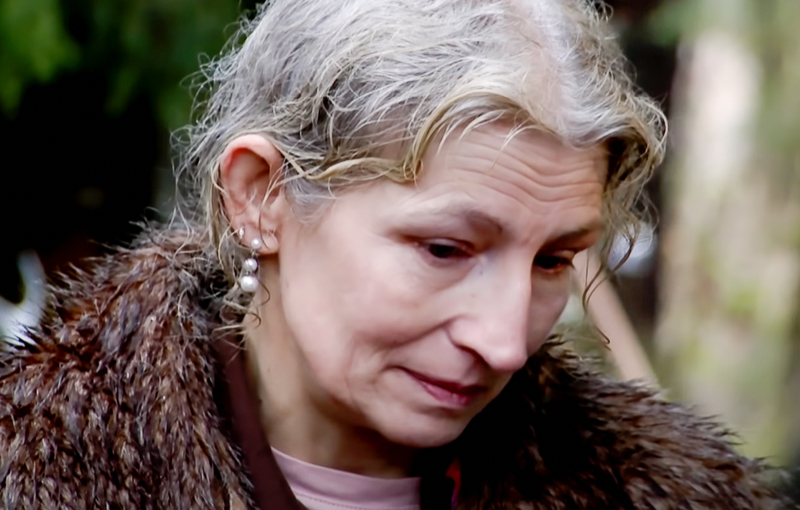 Alaskan Bush People spoilers reveal that Billy Brown died on February 7, 2021. The family has asked for privacy during this time. However, Bear Brown has shared a few messages with ABP fans. He relayed a message from matriarch Ami Brown. Bear also had something to say about what would happen with his father’s legacy and dream.

Alaskan Bush People spoilers reveal that Bear was the person who announced Billy’s death publicly. He made an Instagram post the day after the patriarch died. He asked that fans give the family privacy, but has been sharing a few updates. Some of Billy and Ami’s children have posted their heartfelt tributes. However, other family members are grieving quietly and privately.

Alaskan Bush People spoilers reveal that Ami has a message she wanted to share with fans. Bear is the one who relayed her words, using his social media account to do so. He wrote,

“Hello everyone! My Mom wanted me to personally thank everybody, for all the support in this very hard time! By far the hardest time of my family, the Wolfpack has ever been through! We have received condolences from all over the world! So thank you to all y’all guys from all over the world! It means a lot to us!!! Be sure to tell the people closest to you, how much you love them! You never know when you might not get the chance again!” 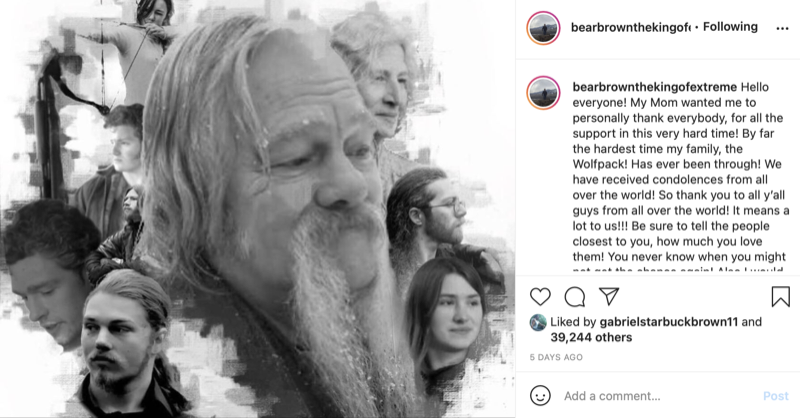 As fans know, Billy’s dream and legacy was to live off the grid and to survive on what Mother Nature and God provided. The family has done that and taught their children to do the same. Many viewers are wondering what the family will do now that Billy is gone. Well, Bear made it pretty clear that they plan to continue living their father’s dream and carry on his legacy.

“He lived his life on his terms, off the grid, and off the land and taught us to live like that as well. We plan to honor his legacy going forward, and to continue with his dream.” 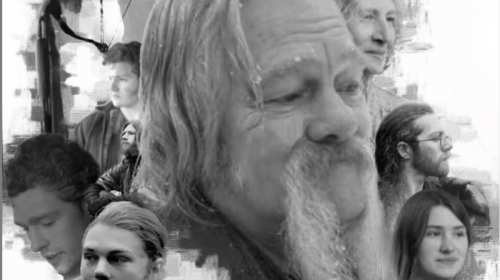 Will ABP Be Canceled?

Some fans are wondering if the reality show will be canceled or if the network will continue to air new episodes. At the time of Billy’s death, film crews were on the property. It was one of the members of production that was able to get through to 911 to report Billy had stopped breathing. So, they have at least a few scenes of Billy prior to his death. There has been renewed interest in the show. The person that receives the most attention seems to be Bear. He announced he is getting married to Raiven Adams, which will probably air in season 13.

While the series will continue to focus on the family’s challenges and victories, instead of it revolving around Billy, Bear could take the spotlight. There is also a chance that season 13 will be a huge tribute to the patriarch and we might even get to see never-before-seen footage. Once any details are confirmed, we will be sure to let you know.