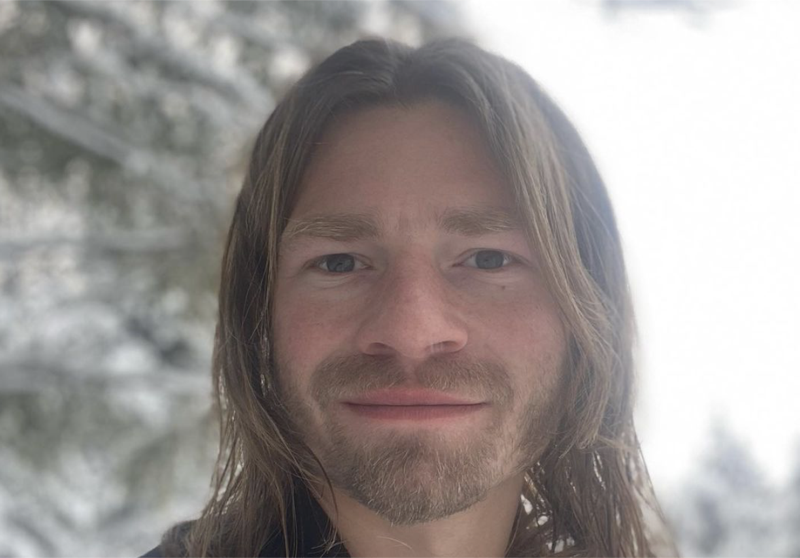 Alaskan Bush People spoilers reveal that we are going to get an exciting announcement from Bear Brown. On Instagram, the reality star shared a few photos of himself that weren’t casual like he normally uploads. Instead, they are done by someone with quite the artistic and creative flair. Plus, he shared a bade with a certain term on it. So, what does he have to share with the world?

Alaskan Bush People spoilers reveal that Bear posted a vague description of what this special announcement is about. The only thing we know is that he’s excited about the “extreme” announcement, so it’s something positive. We were also given a date to come back to his Instagram feed, which is on February 5, 2021. He didn’t give a time or if anyone else would be joining him for the announcement.

He added that he would have the exclusive announcement, meaning there aren’t any magazines, websites, or podcasts that have an exclusive about it. One more thing to note is that Bear’s Instagram is private, so those that are not followed by him won’t be able to see it unless he changes his privacy settings. 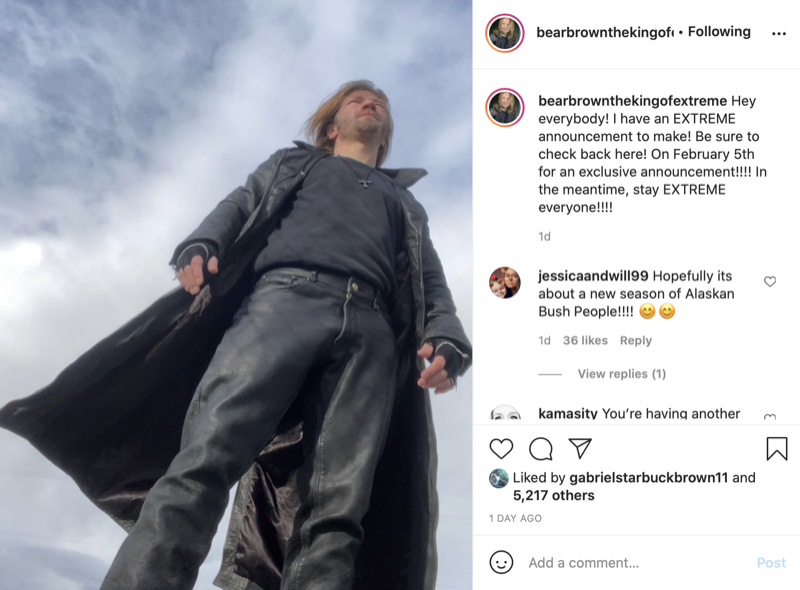 One thing that was instantly different about Bear’s Instagram is the type of photos he is suddenly posting. He usually posts photos that show him outdoors in nature or with his family and friends. Alaskan Bush People Bear’s photos always looked very much like most people’s family albums. They didn’t seem to be intentionally posted or airbrushed. Most of them were up-close too. In the news ones, they are totally different. Not only do they have a new look, but even the “vibe” from the photo is something new.

For example, one had him standing and the camera was toward the ground, angled up at him. So it quite honestly made it look like we are looking up at the Bear Skyscraper. The outfit he was wearing was coordinated by fabric and color, which is something we’ve never seen. His hair was nicely brushed with very and I swear it looks like it was straightened it… The whole vibe of the photo really looked professionally done.

The other photos that Alaskan Bush People cast member Bear has been posted have a very artistic and creative flair to them. It’s possible that he’s playing with photo app filters, but these weren’t selfies. They seem to be taken by someone else, then it was touched up using a photo editing program. He seemed to really favor the mosaic style that also was colorized to make it seem like a colored pencil drawing. 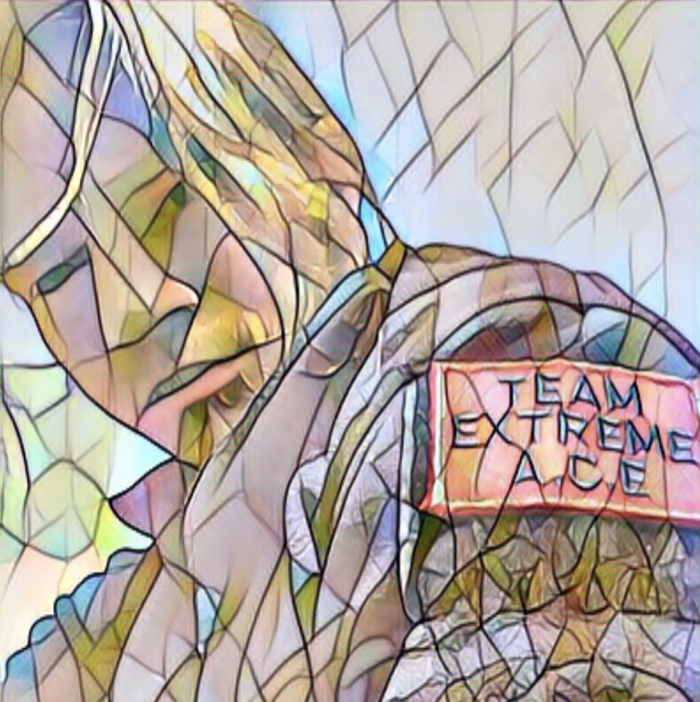 Alaskan Bush People spoilers reveal that one photo was a zoomed-in shot of Bear. On the arm of his jacket was a patch or badge with the words “Extreme Team A.C.E.” Honestly, I’m going to guess that these photos are part of Bear creating his “brand.” I think he’s to announce a partnership with some company or even will be the name and face behind a product.

Bear has always used the term “extreme,” but it’s not clear what A.C.E. stands for. Perhaps a clothing line or maybe he’s getting into art? It’s hard to determine, but we know it’s something big. Give us your best guesses on with “Team Extreme A.C.E” stands for and how is it connected to his upcoming announcement?

The Bold And The Beautiful (B&B) Spoilers: Does Thomas Deserve Another Chance With Hope? Vote Now!