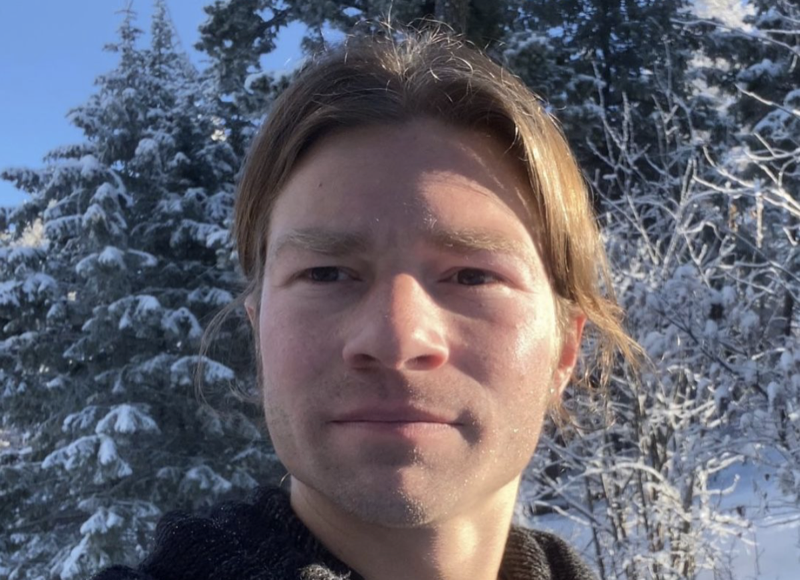 Alaskan Bush People spoilers reveal that Bear Brown shared earlier this week that he had a big announcement to make. He asked his followers to come back to his Instagram page on February 5 to find out the “extreme” news. We now know what he had to tell the world. We have to say that it’s pretty big and will change lives forever.

Alaskan Bush People spoilers reveal that Bear posted a few days ago that he was getting ready to make a big announcement. He would say what it could be about except that it was “extreme.” He sounded happy about it, so fans knew that it wasn’t anything bad. What confused fans was that around the same time he was posted mosaic-type photos and another photo showed him looking really good. In fact, the pose, angle of the camera, and other features made it seem like a professional photo. So, it seemed like maybe the announcement was some sort of creative collaboration or something to that effect. However, that assumption was completely wrong.

Bear made his big announcement today and it turns out his personal life is about to change. He wrote on Instagram that he is going to marry Raiven Adams very soon. Now, fans had different reactions to this news. Some were happy that the couple worked things out after a volatile year. Others were not pleased and predict the relationship will go south once again. 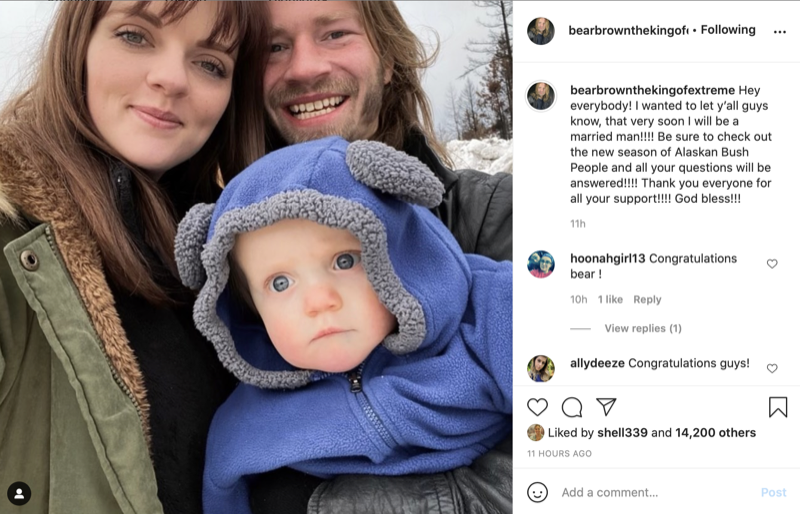 “Hey everybody! I wanted to let y’all guys know, that very soon I will be a married man! Be sure to check out the new season of Alaskan Bush People and all your questions will be answered!!!! Thank you everyone for all your support!!!! God bless!!!”

Alaskan Bush People spoilers reveal that Bear and Raiven have a hot-and-cold history. Dating for a few weeks led to them suddenly getting engaged. The wedding was being planned but was called off just days before the big ceremony for unknown reasons. Then they said they would become friends and co-parent their unborn baby together. Soon after that, things blew up and allegations flew about Bear’s erratic behavior, using a weapon to intimate Raiven and abuse accusations. Raiven even filed for a restraining order at one point. 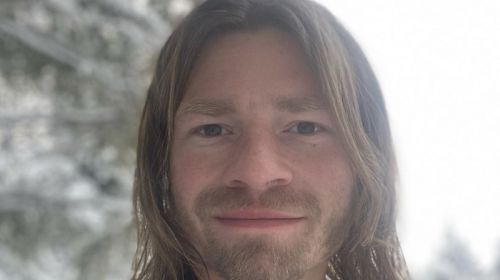 When River Brown turned six months old, he met his father for the first time. Bear and Raiven announced they decided to give love another chance. Since then, they seem to be doing really well and have obviously worked out their issues. Now they are getting married and hopefully, the ceremony will actually happen this time. We wish them the very best and hope they have a lifetime of happiness together.