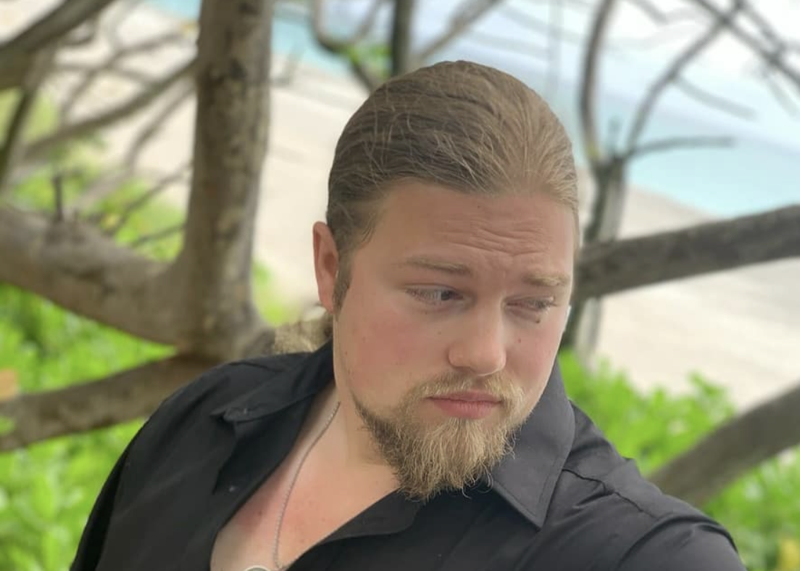 Alaskan Bush People spoilers and updates reveal that patriarch Billy Brown died at the age of 68. He stopped breathing after a seizure and could not be resuscitated. As the Discovery Channel gets ready to air a tribute episode, “The Legacy of Billy Brown,” the patriarch’s children are speaking out. Noah Brown fights back tears as he says he’ll miss his father’s dream.

Alaskan Bush People spoilers reveal that Billy died on February 7 at his home in Washington. When he wasn’t breathing following a seizure, Bear Brown tried to call 911 but was unable to get a connection. A member of the production crew tried calling and was able to get through to an emergency operator. The patriarch’s death was announced on Bear’s Instagram account the next day.

‘The Legacy Of Billy Brown’

The Discovery Channel is airing a special tribute episode to honor the patriarch. A first look of the upcoming segment reveals that the family will recall memories, reminisce about Billy’s most memorable moments, and share what they’ll miss the most about the late reality star. Fans will get to see interviews that were never released and never before seen footage. 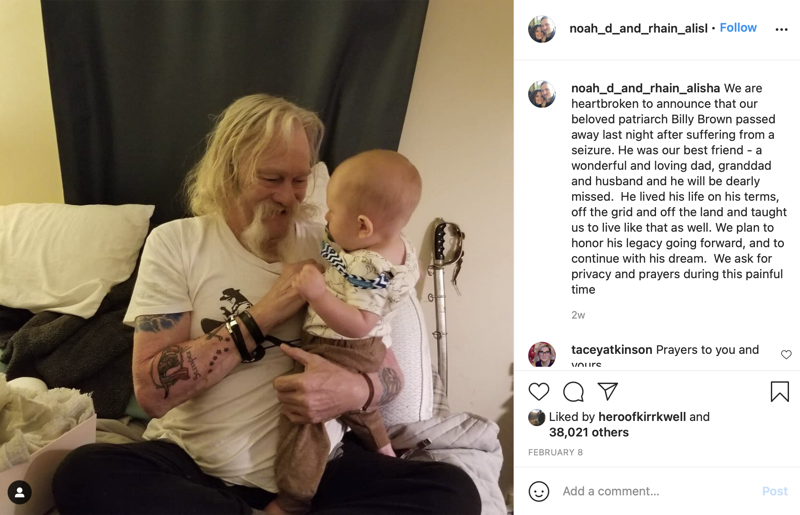 One of Billy’s sons, Noah, tried to hold back tears as he stated that he will remember his father’s dream the most. Bear Brown, 33, added that he’ll miss the great times they had together. Commentary from Billy’s surviving family members will air on “The Legacy of Billy Brown,” which fans can watch on Sunday night.

Alaskan Bush People spoilers reveal that Bear considered Billy his best friend. He added that the patriarch was a loving husband, father, and grandfather. He is thankful that Billy got to meet Bear and Raiven Adams’ son, River Brown, prior to his death.

“We are heartbroken to announce that our beloved patriarch Billy Brown passed away last night after suffering from a seizure. He was our best friend – a wonderful and loving dad, granddad, and husband and he will be dearly missed. He lived his life on his terms, off the grid, and off the land and taught us to live like that as well. We plan to honor his legacy going forward, and to continue with his dream.”

Fans tried to offer support through social media to the Brown family. Bear has been pretty responsive and thanked everyone for their condolences. He also passed along a message of gratitude from his mother, Ami Brown. Even though the family is grieving, they vow to keep Billy’s dream alive.

“The Legacy of Billy Brown” will air on the Discovery Channel on Sunday night. (VIDEO HERE)