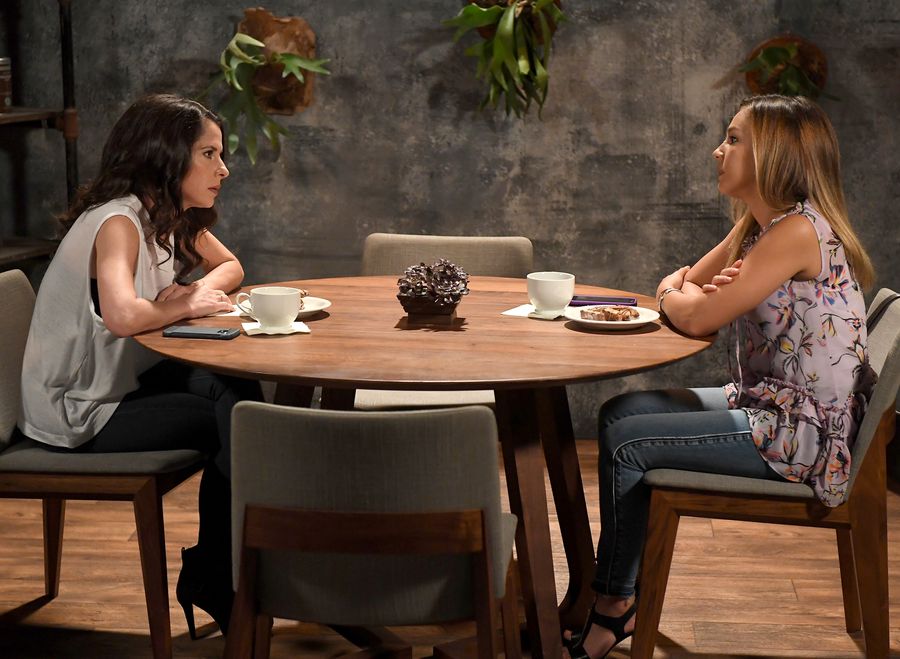 General Hospital viewers will remember that Alexis has been on a slippery slope of alcoholism for quite some time now. She fell off the wagon when her boyfriend, the late Dr. Neil Byrne (Joe Flanigan) and she had just started their romantic life together. Both had lost their professional licenses due to their forbidden romantic relationship – forbidden because she had been his patient – when he unexpectedly died in her bed.

They had just decided that their togetherness was more important than what other people thought, they consummated their relationship, and he died of a drug overdose. Alexis had no idea he was using, and there are many suspicions that he actually was not – someone set it up, but it could not be proven. Not too long after that, her daughter Samantha McCall’s (Kelly Monaco) birth father, Julian Jerome (William DeVry) was killed.

Alexis had been in denial that she felt anything for him anymore, but it was obvious she still carried a torch for him. The latest fiasco, which landed her in the Port Charles Police Department jail, was defending Sam’s life by going after Franco Baldwin (Roger Howarth) with a lidocaine filled syringe in General Hospital, and stabbing Dante Falconeri (Dominic Zamprogna) instead! He had jumped between Franco and Alexis! Sam had no choice but to tell the truth of what her mother had done, there were too many witnesses and there was no way to cover it up! 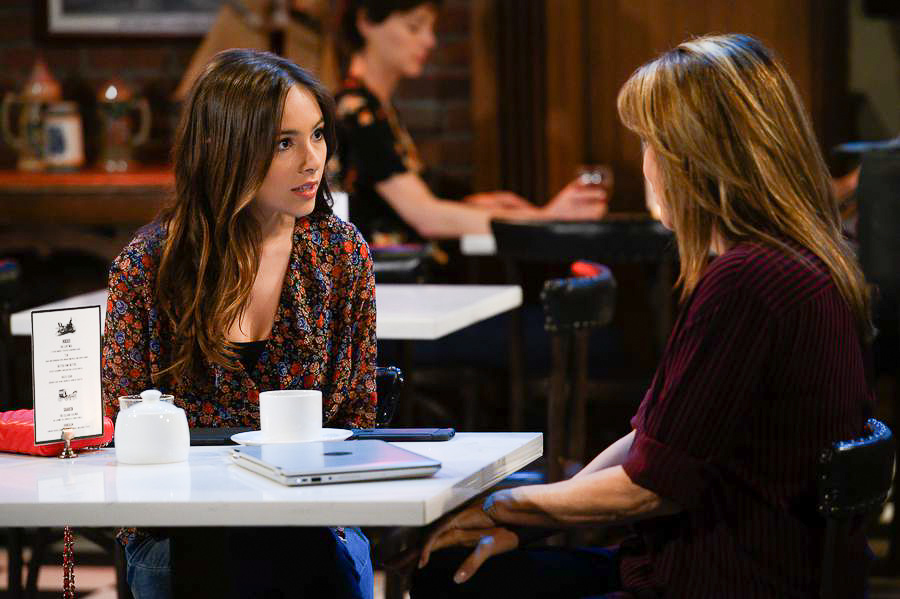 General Hospital Spoilers – Intervention Didn’t Work, Something Must Be Done

General Hospital viewers will remember that an intervention was tried for Alexis’ drinking. It didn’t work. Even Alexis’ best friend, Attorney Diane Miller (Carolyn Hennesy) had given up on her! But now, Diane’s legal help may be needed to carry out an idea Molly Lansing-Davis (Haley Pullos) has. She, Sam and Kristina Corinthos-Davis (Lexi Ainsworth) who has returned to Port Charles for her father Sonny Corinthos’ (Maurice Benard) funeral get together and discuss Molly’s idea.

Could a modified insanity plea possibly be used to force Alexis into a combination rehabilitation program and help for her mental health? Alexis, though drunk at the time she charged towards Franco with the loaded syringe was clearly unbalanced. There were plenty of others there – General Hospital security, and male nurses and doctors who could have restrained Franco if that had been needed. Jason Morgan (Steve Burton) was there nearby, he would have been plenty to intervene if Franco truly had been a threat!

As the Davis girls discuss their mother’s sad state of affairs, all three of them agree that Alexis’ extreme grief drove her alcoholism, and there are myriad emotional issues that go with that. Alexis may joke about herself being the kiss of death for any man who tries to love her, but it is clear she really believes she is in some way responsible for Neil’s death especially. The Davis girls then will give Diane a call to see if a judicial commitment of some sort is legal and feasible, and if it could keep their mother out of prison!