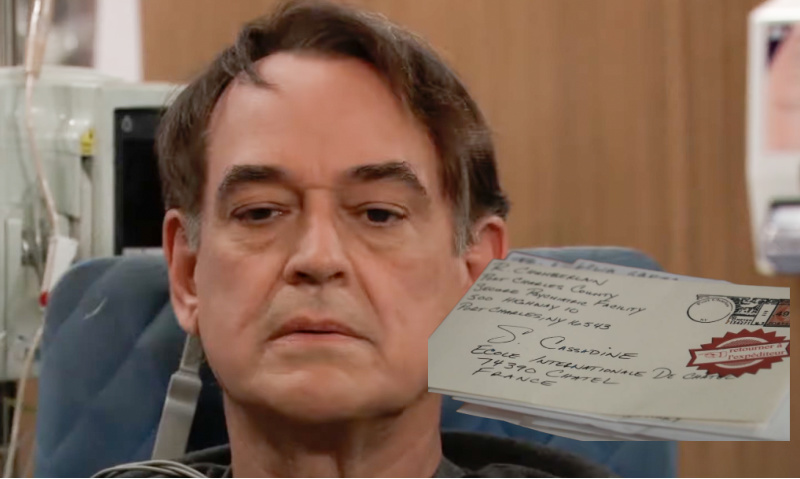 General Hospital (GH) spoilers and rumours tease that Spencer Cassadine (Nicolas J. Bechtel) and Ryan Chamberlain (Jon Lindstrom) could be in cahoots against Ava Cassadine (Maura West) and the truth will be revealed in a future episode of General Hospital!

General Hospital viewers will remember that among the mail that was brought to Ryan in his hospital room at GH, there was a letter that had been returned to him from Spencer Cassadine! Ryan had written the letter to his school address in France, which begs the question as to how Ryan would have that address. It is possible that back when Ryan was impersonating Dr. Kevin Collins (Jon Lindstrom) and was living in his and Laura Collins’ (Genie Francis) house, that he could have found the address and just kept it in case he ever needed it.

True, Ryan would have no personal possessions once he was taken to Pentonville Prison, but he could have memorized it. Remember, he was a trained DVX spy all those years he was presumed dead, and probably an assassin. Killing was what he did best, after all.

Now, it is likely that Ryan is faking his paralysis – after all, the return address on the letter was the secure psychiatric facility, not Pentonville Prison although it may be part of the prison. Ryan was at Shadybrook when he took Kevin captive and switched, but this appears to be another facility. Regardless, the letter shows that Ryan apparently is able to write unless someone is writing for him, which Ryan would not want. Ryan would not like someone else knowing his secrets! 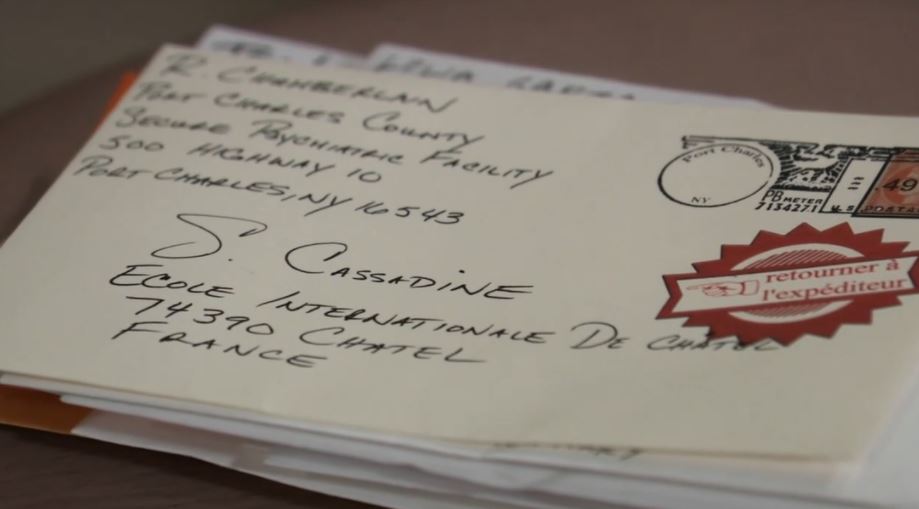 Spencer may not have refused the letter, causing it to be sent back to Ryan. But if Spencer contacted Ryan, he may have turned dark! General Hospital viewers have to admit, giving Ava a gift of a dead cockroach in a display case sounds a lot more like something Spencer would do than something Ryan would do! As far as the letter that came along with it with the bizarre message, that actually could have been either one of them.

As mentioned before, it is doubtful that Ryan is actually paralyzed – he is probably faking and just waiting for the time to strike! Ava and Nikolas Cassadine (Marcus Coloma) discussed the possibility of Ryan having someone on the outside working for him but that person would still have had to have known where and when Ava and Nikolas were going to have their Valentine Day’s meal. 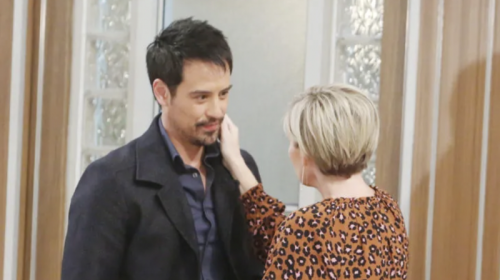 General Hospital viewers will recall that the gift and the letter were left at the PC Grille the morning of Valentine’s Day, so someone would have to have either bugged Wyndemere Castle or be hiding somewhere inside in one of the secret rooms. The person would also have to have a key. Both of those could point to Spencer, but he likely wouldn’t want to get rid of Ava himself even if he had turned dark. Perhaps he has contacted Ryan and made it worth his while to act as a hit man! If so, Spencer doesn’t know who he’s messing with – Ryan isn’t someone he should trust!