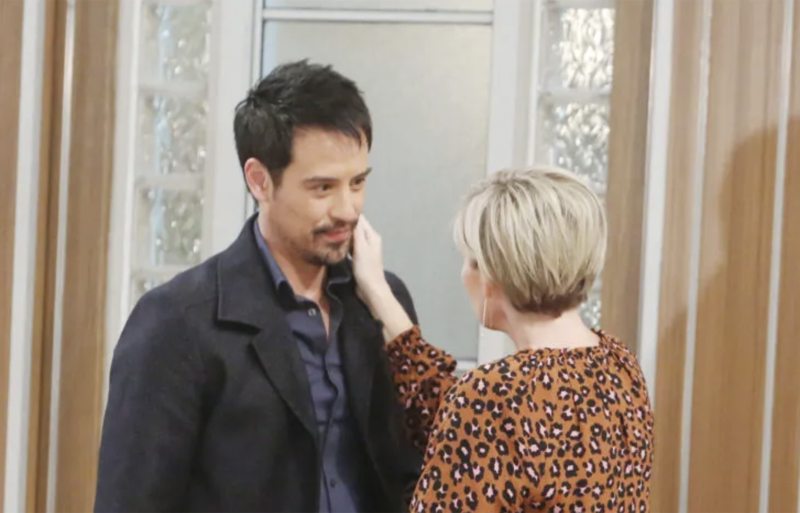 Viewers will never forget Ryan’s first gruesome gift, one he mistakenly thought would impress Ava, knowing she was connected to the Jerome crime family! He had beheaded nurse Mary Pat Ingles (Patricia Bethune), putting her head in a Halloween apple bobbing barrel at the Floating Rib! He then put Mary Pat’s body, complete with a Jack-O-Lantern for a head in Ava’s office chair at her art gallery! Ryan always had a very strange way of showing affection! First he sends a scary Valentine’s gift which disturbs and disrupts Nikolas and Ava’s Valentine Day dinner.

Then Nikolas discovers another package – with something much more gruesome inside. He doesn’t even tell Ava and he opens that package himself. The frightening part is that the package was left – not delivered, not mailed. Nikolas is pretty sure that Ryan is behind it.

He opens up the package and finds a blood soaked copy of the Crimson Magazine with the article about Ava in it, “In The Garden Of Good And Ava” which was the cover story and Ava was prominently on the cover! Nikolas doesn’t even have to take the gruesome gift to get checked out at General Hospital or a lab – he knows it is blood. However, he has to wonder whose blood it is – Ryan may be out and about and not in Pentonville Prison where he belongs, and has made a kill! 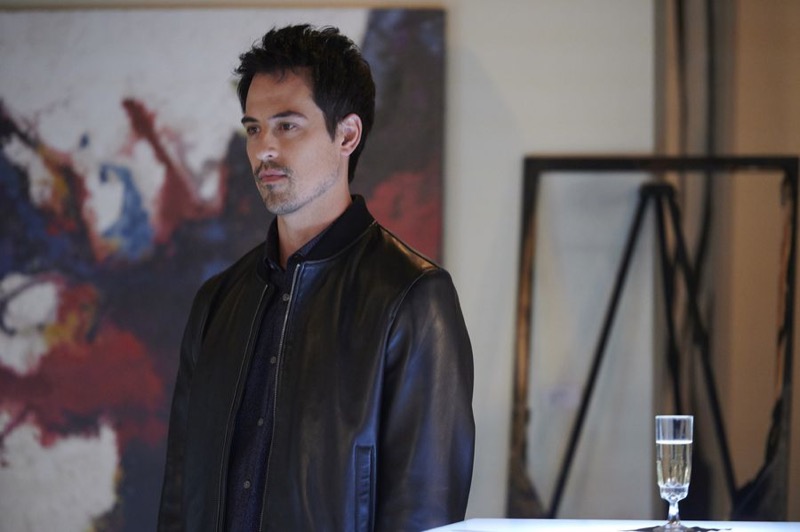 Ava is still shook up from the Valentine’s Day gift that arrived when she and Nikolas were having dinner, and he tells her not to worry, that he will keep her safe! He accompanies her to the gallery to make sure that no gruesome surprises await her there, after making sure that Avery Corinthos-Jerome (Ava and Grace Scarola) is safe. Ava is so scared she actually reconsiders letting Avery stay at the Corinthos compound, where there are guards! Nikolas says he is in the process of having the security updated at Wyndemere Castle, both with cameras and hiring guards. 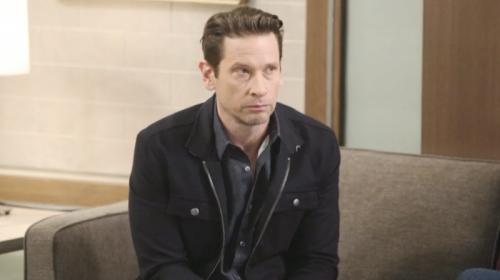 That makes Ava feel a little better. Nikolas has concealed the package in the car and delivers it to the PCPD, and they will investigate although they check with Pentonville and Ryan is (supposedly) still there! Mac Scorpio (John J. York) definitely takes it seriously since he knows better than to underestimate Ryan Chamberlain! Nikolas tells him about the lax security around Ryan at General Hospital because he was determined to not be a threat because of paralysis.

Mac tells Nikolas that Ryan indeed was put in minimum security, and that he could be faking his paralysis and going in and out of the prison! He takes the package with the bloodied magazine to forensics and will have it tested to see if the blood is human or possibly animal, or even Ryan’s own blood! Mac won’t put anything past that insane monster! Then he sends police over to Ava’s gallery as extra security!