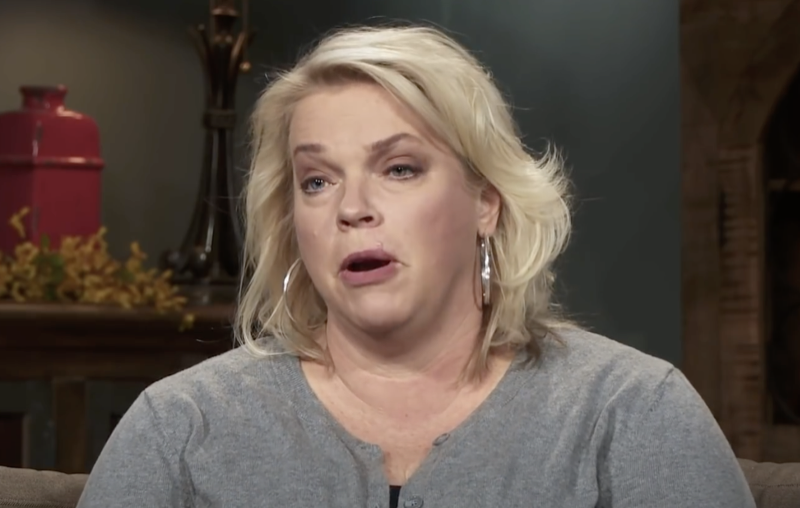 Sister Wives spoilers and updates that show star Janelle Brown is talking about her dog and what he dragged home recently and many pet owners will relate!

Janelle Brown is one of the three Sister Wives who regularly posts on social media. Robyn is Kody’s Brown’s fourth and latest wife and she is known for staying away from social media.

Sister Wives cast member Meri Brown is his first wife and fans have interpreted her many posts to have serious themes and not a little bit of innuendo. Conversely Janelle and Christine Brown frequently post about the funny events of their days and Sister Wives viewers can relate to them.

Janelle posted a picture of what her dog brought home recently and it’s something he picked up outside, a chunk of ice! Apparently the pup was feeling possessive about his newfound treasure as he was careful to put it in his dog bed—at least he didn’t try to bury it!

What Did Janelle’s Dog Bring Home?

Janelle is in Flagstaff, Arizona where snow and ice are a part of winter. It looks like Janelle’s enterprising pooch found an enticing chunk of ice and wanted to keep it. 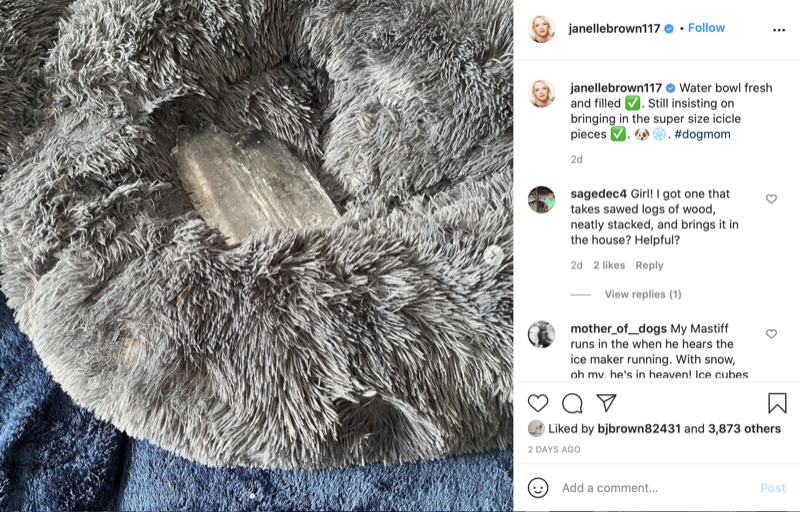 Janelle must have found the ice shortly after her dog placed it in his bed for safekeeping. Surely it would have melted quickly in the warm house. She didn’t say what she did with the ice but we’re pretty certain she didn’t leave it to melt leaving her dog with a wet bed.

Her fans found her post humorous and they could relate to her dog’s curiosity. Some Sister Wives fans shared what their dogs bring into the house including sticks and other odds and ends.

So, when is the show back to the airwaves? The good news is that the season debuts on Sunday, February 14 on TLC.

Already there have been hints and teases about how the wives are getting along. Some sneak peeks have offered insights into the wives’ relationships and there seems to be some beef between them—shocking, right? We don’t want to give too much away but we can tell you that the Coyote Pass land still sits dormant. And there will be plenty of drama not just between the wives but also between husband Kody and his four wives.