The Bold And The Beautiful Spoilers: Furious Finn Lays Down The Law With Liam 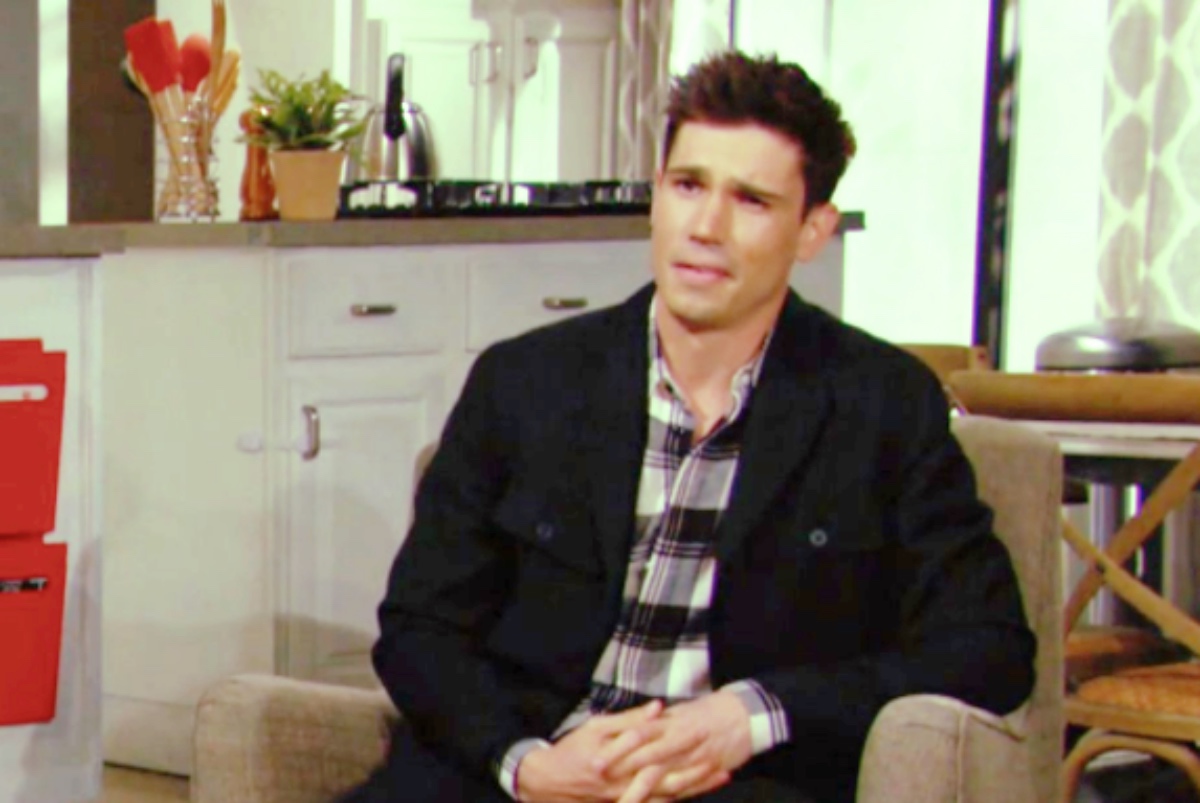 Viewers of The Bold and The Beautiful, as well as Liam, Finn, Steffy Forrester (Jacqueline Macinnes Wood) and Hope Logan Spencer (Annika Noelle) have been waiting on the results of the paternity test to see whether Steffy’s baby is Finn’s or Liam’s. Shockingly, it looks like Liam won the prize, and Liam being Liam, thinks it gives him carte blanche to the baby, Steffy, and her life!

That is not unusual for the waffling Liam who always wants who he can’t have when he has who he wanted before and leaves her for the one he left previously! Finn knows Liam is like this, and when the paternity test shows Liam is the father, he knows that he will have to lay the law down to Liam. Steffy has moved on, and doesn’t want to do this dance with her ex-husband any more even if she does have one of his children and apparently one more of his children on the way! 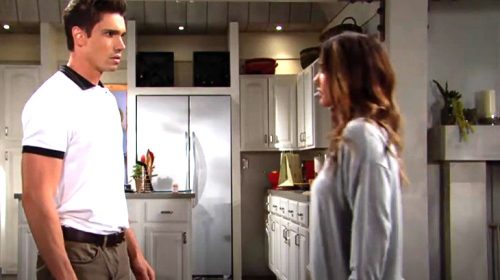 She has made it clear to Finn that she wants her future to be with him, and he has confirmed he feels the same way about Steffy. There will likely be several parts to this law of the land to Liam, and he won’t like any of them! Finn will put very strict boundaries on exactly what Liam can and cannot do in regards to Steffy, the baby when he or she arrives, and also Steffy’s house, and when Liam can do what is allowed!

The Bold And The Beautiful Spoilers – Liam Spencer Cannot Believe His Ears When Dr. John “Finn” Finnegan Tells Him “The Deal”

Liam has been used to getting his own way, which means he can come and go as he pleases at Steffy’s house. He apparently still has a key because he doesn’t even knock or call ahead, he just comes in the house. It doesn’t matter if it’s day or night or if it is pre-arranged or not.

Finn has discussed these new boundaries on Liam with Steffy ahead of time before he sets up a meeting with Liam. Steffy and Hope may or may not be present, because Steffy has to watch herself and avoid stress if at all possible for the baby’s sake, and Liam LIVES for stress and drama! Hope being brought into the situation would only cause more stress, not just for Steffy, but for Hope too! Finn and Liam meet and Finn tells him “the deal”. Firstly, there will be no more free access to the house.

The Bold And The Beautiful Spoilers –Finn has changed the locks

Finn has changed the locks and Liam’s keys won’t work. Liam will shout and sputter, and complain that he won’t have access to his daughter if she needs him! He might bring up what if Steffy needs him, like when she was passed out on her couch after an “overdose” of pain pills?!

Finn says he is the new emergency contact, although if there is something going on with Kelly Spencer (Colette and Avalon Gray) Ridge Forrester (Thorsten Kaye) will be the one with the key, not Liam! Finn says that discussion has already happened and Liam cannot do anything about it. He will also keep an eye out at work, so Liam cannot bother Steffy there.

The Bold And The Beautiful Spoilers: Liam Scrambles To Save Marriage, Will Hope Forgive Or Move On? https://t.co/dBEkd5Yawg

There will be formal joint custody arrangements set up and those will be fair to Liam, just like with other divorced parents. Liam glowers but Finn ignores it and continues. Finn tells him Liam will have no access to the birthing room when Steffy goes into labor. It will be Finn, NOT Liam assisting in the delivery room and when Steffy goes through her labor. He is welcome to wait in the waiting room like any other relative.

Appropriate visitation and custody arrangements will be made with the new baby as well. Finn will make sure that Liam can meet and hold the newborn before any other extended family. Liam can’t believe his ears, but Finn assures him that Steffy is one hundred percent on board with the plans!