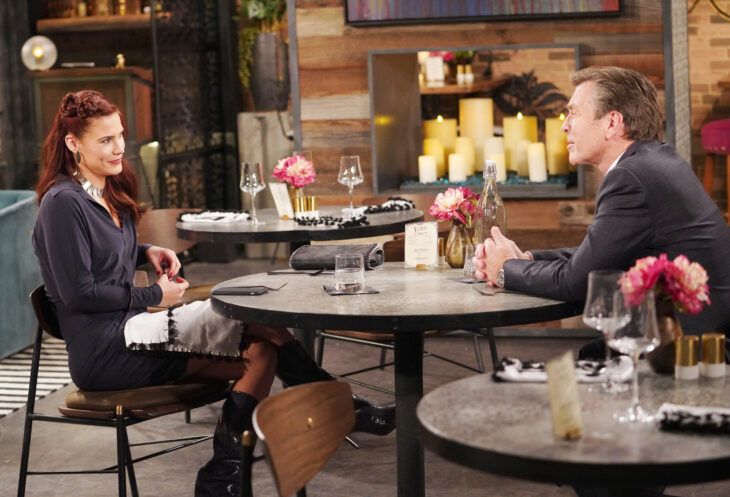 Dollar Bill Spencer (Don Diamont) who knows all the dirt on Sally from her past in LA, is coming to Genoa City for a meeting with Lauren Fenmore Baldwin (Tracey E. Bregman). He’ll also be sealing the deal that Summer Newman (Hunter King) and Kyle Abbott (Michael Mealor) recently met with his son Wyatt Spencer (Darin Brooks) to make with Spencer Publications when they went to LA.

The Young and The Restless spoilers tease Sally enters the boardroom where Lauren and Jack are waiting, and freaks out when she sees Dollar Bill! Dollar Bill has some very dirty dirt indeed, things she did like shoot into his office building in hopes of shooting him, and he burned down the company she inherited from her great aunt, the original Sally Spectra (Darlene Conley). So there is some very bad blood between Sally and Dollar Bill indeed! Sally turns around so quick one would think she’d bounced off an invisible force field, and Jack can’t help but notice how disturbed she is!

Lauren determines to find out exactly what Bill knows about Sally, which of course will worry Sally about her job, in which she was newly promoted. Jack knows by Sally’s reaction to Bill Spencer that there must have been something terrible in her past that she is worried he will use against her, and Jack makes sure in no uncertain terms to defend Sally to both Bill and Lauren! After all, she did come to town to make a new start and everyone makes mistakes! 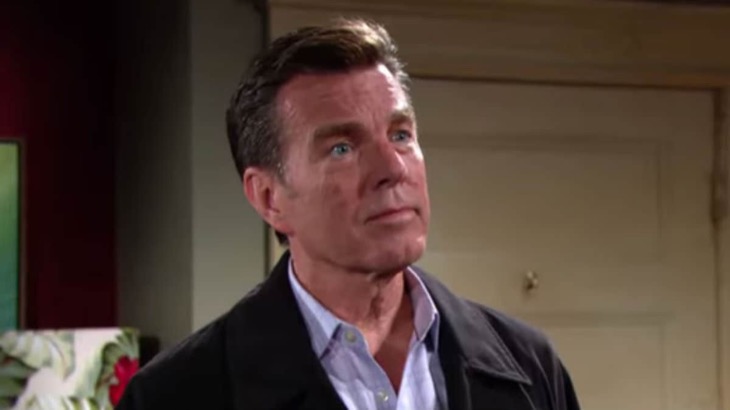 After defending Sally to bully Bill – and he can be a bully at times – and making sure Lauren doesn’t think too badly of her – Jack goes looking for Sally to make sure she’s ok. There is definitely something more than meets the eye in Jack for Sally. Maybe that flaming red hair reminds him of Phyllis Summers (Michelle Stafford) who he was very involved with back in the day!

Maybe Jack’s concern is fatherly, and he wants to help the young woman succeed. Maybe he wants to mentor her. On the other hand, he is getting to that age when a midlife crisis could hit, and hit hard! He no longer has to care for his late mother, Dina Mergeron (Marla Adams) and maybe he’s ready to look for a lady love again. Sally is new, Sally is sexy, and Sally seems to have a kind heart although she can display a rather brash exterior sometimes! 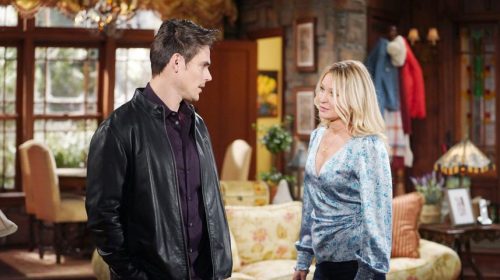 However, when The Young and The Restless Kyle and Summer see Jack and Sally together more and more and Summer especially is suspicious of Sally, a good bit of role reversal comes into play and the children worry about the father getting into a bad relationship! Summer thinks maybe Sally is a golddigger, not realizing that she ran her own company rather successfully until Bill messed things up for her. And they’re not the only ones with raised eyebrows around Genoa City. Time will tell whether Sally and Jack are in more of a father-daughter relationship or if she might be in the running for his mid-life trophy wife and he her sugar daddy!