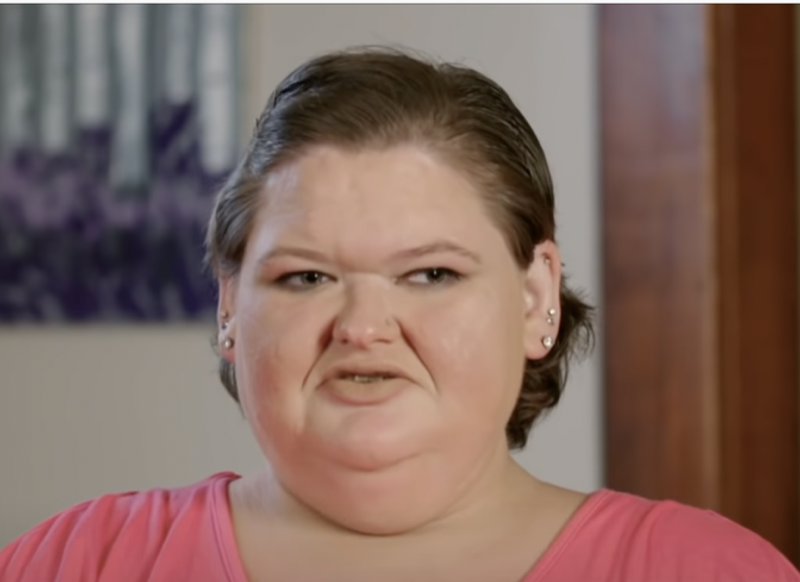 1000-Lb. Sisters spoilers and updates reveal fans saw that Amy Halterman delivered her baby by C-Section. Initially, doctors seemed concerned that baby Gage had low blood sugar. But he soon became well. On Monday, Amy celebrated her second wedding anniversary to Michael. Little Gage featured in the photo that she chose for Instagram on her special day. Fans love that she found a decent man to love her and that her dream of motherhood came true.

TLC fans know that Amy’s very lucky that she ever birthed a baby. After all, while she never weighed as much as her sister Tammy, she certainly carried a lot of weight. Naturally, before her gastric surgery, she could only dream about ever being a mom. Fans already saw her marry Micheal, and he seemed very motivational for Amy in her journey through weight loss. Meanwhile, Tammy seemed less than thrilled that Amy qualified for surgery before she did. And fans thought she came over as jealous of Gage. But, Micheal is always there for his wife.

Amy Halterman and Michael went through a tense time on 1000-Lb. Sisters, Season 2. She actually put on weight and that caused a medical problem. Then, Gage ended up in the breech position, so doctors quickly carried out a C-Section. In one confessional, Amy talked about how she considered Gage her little “miracle.” Now that he’s home and healthy, Amy looked radiant as she posed with her baby and Michael on their 2nd wedding anniversary. Oh, and let’s not get their cute little doggie. 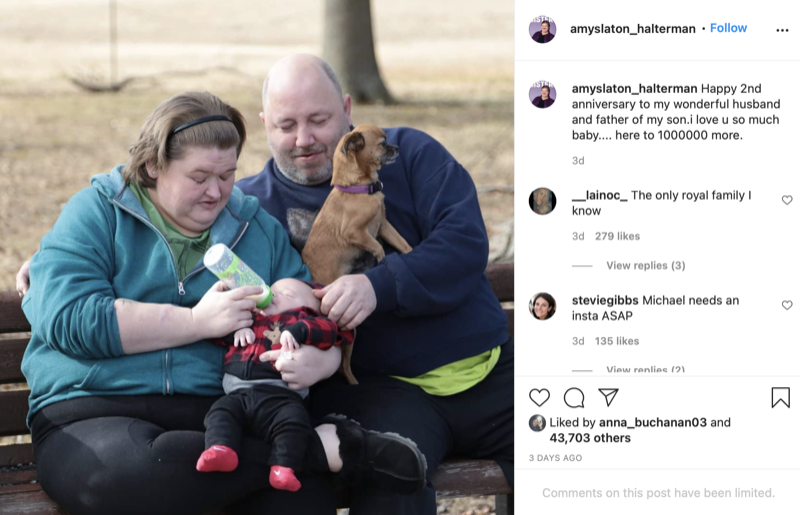 The 1000-LB Sisters star captioned her post with, “Happy 2nd anniversary to my wonderful husband and father of my son.” Plus, she added sweetly, “i love u so much baby…. here to 1000000 more.” Awww! Well, her many fans loved the photos and the caption. Some fans urged Amy to help her sister Tammy before something bad happens with her ballooning weight and health issues. However, most of them naturally talked about Micheal and Gage.

One 1000-LB Sisters fan wrote, “You both have the most perfect blessing from above…Gage. 💙💙 Happy Anniversary to you both🎉🎉 -Fan from Oklahoma😁.”

Then, another one commented, “You guys are just adorable! I love your family. I hope you stay happy and well. ❤️”

Many fans hope for a third season of 1000-LB Sisters. And, their wishes were already granted. TLC announced that Season 3 definitely happens. However, the date when fans can expect it to premiere is not yet known. Fans hope that this time, they see Tammy lose enough weight to undergo her own weight loss surgery.

Be sure to catch up on everything happening with Amy Slaton right now. Come back here often for 1000-Lb. Sisters spoilers, news, and updates.