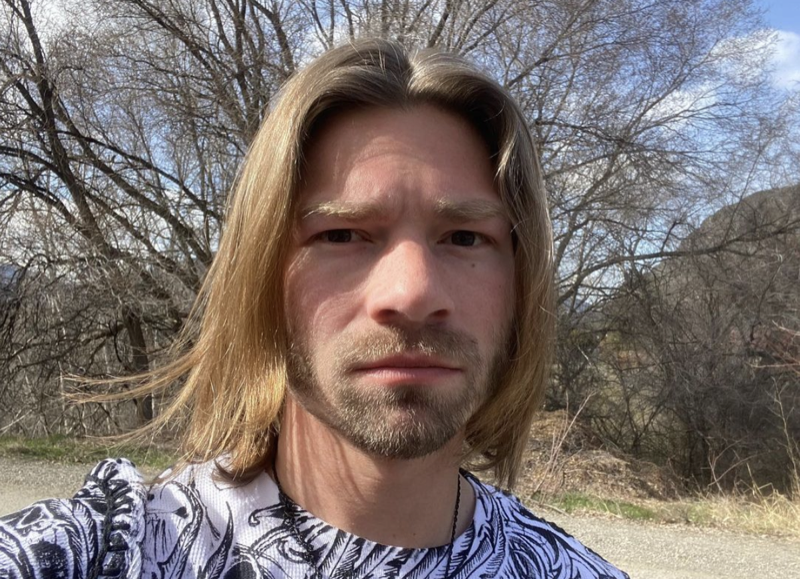 Alaskan Bush People spoilers reveal that it’s been nearly two months since Billy Brown passed away. Bear Brown has found different ways to honor his father, including giving River Brown the nickname “Little Billy. Bear showed a cross that has a loving tribute to Billy written in white, Bear will be able to take the handcrafted memento everywhere,o made a handcrafted item to keep Billy close to his heart.

Alaskan Bush People spoilers reveal that Billy died on Sunday, February 7, 2021. He was only 68 years old but was able to experience a lot in his time on Earth. A member of production called emergency services when Bear couldn’t get through. The police came and confirmed that the patriarch couldn’t be resuscitated. The day after Billy died, Bear shared the hard news with his Instagram followers.

We are heartbroken to announce that our beloved patriarch Billy Brown passed away last night after suffering from a seizure… we plan to honor his legacy going forward, and to continue with his dream.” 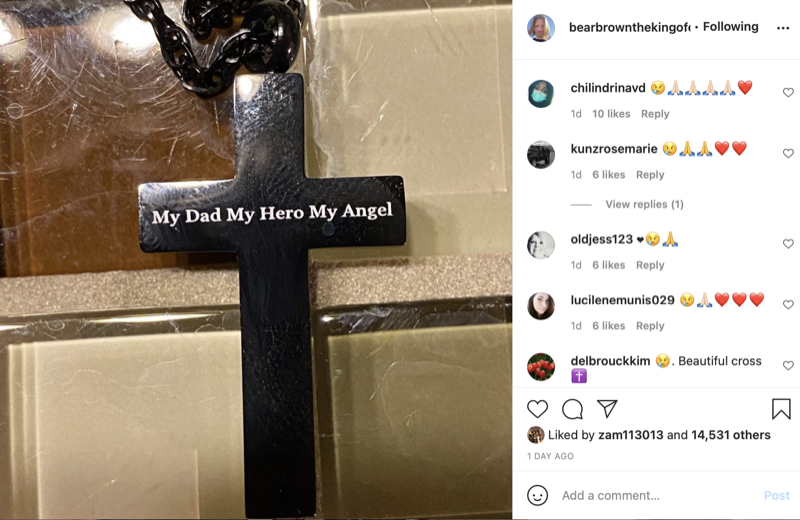 Billy and Ami Brown’s children are still grieving but are all finding ways to honor Billy. Rain Brown considered the patriarch to be a true friend. She also thinks of him as an angel from Heaven. As for Bear, he has tried honoring his father in many ways, one of which was nicknaming his son “Little Billy.”

On Instagram Bear shared a photo of a black cross which specifically mentioned Billy in white lettering. However, don’t expect the beautiful cross to stay locked up inside Bear and Raiven’s home. Bear took the opportunity to turn the cross into a beautiful keepsake.
`
“My dad, my hero, my angel.” 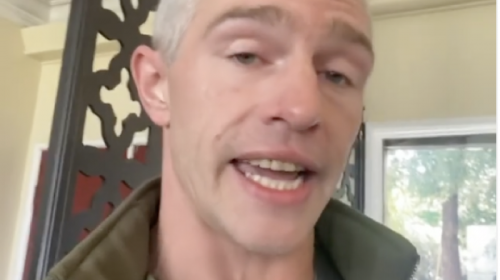 After Bear made the cross and inscribed it , he attached a long, black chain to it. Not only was creative memento a way for Bear to honor his father, but there is also something comforting about having a loved one nearby. With Bear wearing the cross close to his cheat, he has taken steps to “feel” his father long after death. Plus we have a feeling that this could end up helping Bear cope with his grief.

What do you think of the various ways Bear Brown is dealing with his guilt? Will the cross necklace created to honor Billy Brown end up making the reality star feeling close to his dad again? It’s incredible how the smallest things can sometimes help us in ways we never thought possible. We will keep you posted with new developments and updated information as it becomes available,

Married At First Sight Spoilers: What Will Happen On Decision Day?