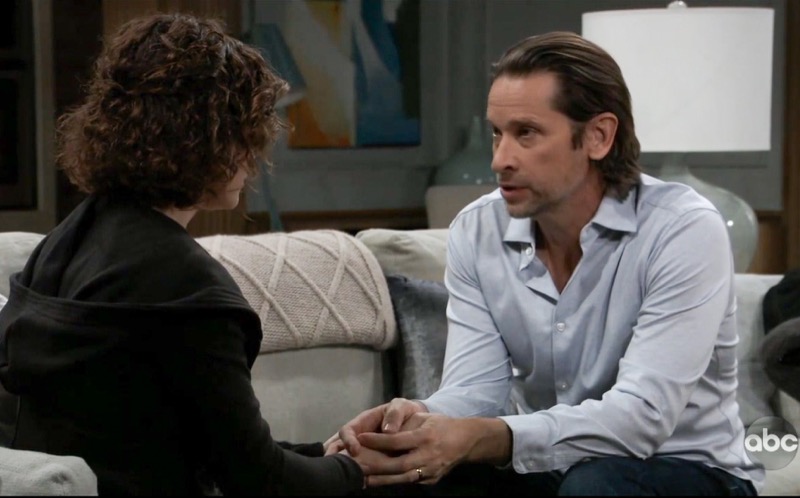 General Hospital (GH) spoilers and rumours tease that there may be more than meets the eye to Franco Baldwin’s (Roger Howarth) “death” on General Hospital. There are several things that don’t line up, and that begs the question if he could really be going into witness protection?

General Hospital Spoilers – Dante Falconeri Was Programmed To Protect Franco Baldwin, Why Didn’t He Follow Him?

General Hospital viewers will remember that after Franco watched the message Drew Cain left him as “Frankendrew” (Roger Howarth) he immediately headed down to the Metro Court ballroom to look for Peter August (Wes Ramsey)! He also was looking for Jason Morgan, (Steve Burton) and asked Dante and Sam McCall (Kelly Monaco) where they were!

He also instructed Sam to tell Jason if she could find him that “he was still him”. Liesl Obrecht (Kathleen Gati) had programmed Dante to protect Franco – so why didn’t he go after him when he went looking for Peter? General Hospital Dante and Sam looked at each other like they had a plan after Franco headed out. Franco caught up to Peter – and he knocked him out with a tire iron and tied him up in his art studio!

He pretended to be bad Franco as he taunted him and literally scared a confession out of him which he had recorded. Franco’s mistake – if he did indeed really die – was to relax and joke around after he got the truth out of Peter, and tell him! Peter wiggled out of his bonds and came after Franco with a gun and shot him close range, apparently in the heart, after a struggle over the gun. However, Peter was unconscious long enough that Franco could have gotten the gun and put blanks in it. 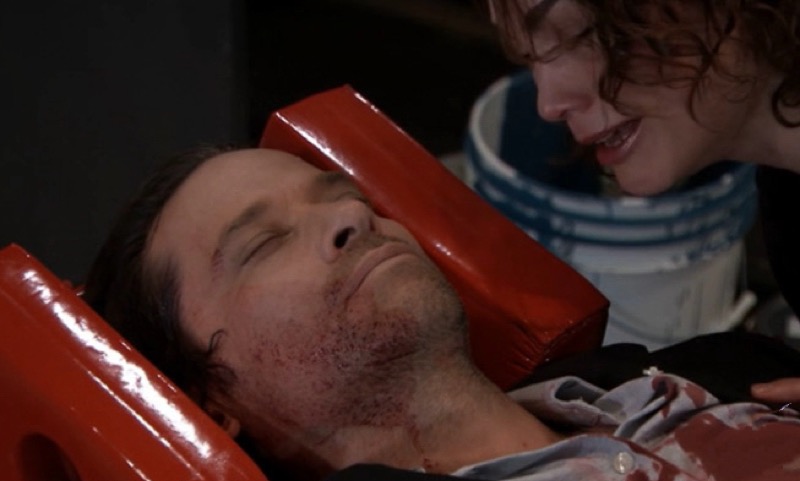 General Hospital Spoilers- Elizabeth Baldwin And Jordan Ashford Out Of The Loop?

Franco would have hated to do it this way, but if with the help of the WSB, and possibly Dante, Robert, and Liesl Obrecht being in on it, this could be a witness protection scenario. Jordan Ashford (Briana Nicole Henry) was obviously left out of the loop, as was poor Elizabeth Baldwin (Rebecca Herbst)!

Franco’s stepsons and father Scott Baldwin (Kin Shriner) as well as Elizabeth will be devastated, which is exactly why General Hospital Franco would hate to leave them out of the loop and let them think he died! But his love for his “brother” Andy was strong, and he was determined to avenge his death at the hands of Peter. That is one reason he went after him. Franco also could have had a bulletproof vest under his shirt, although one couldn’t tell. All the blood would have come from fake blood capsules hidden inside the vest.

If he really wanted to look like he bled human blood, pigs’ blood could have been substituted. Dante could have gotten him a bulletproof vest and Robert Scorpio (Tristan Rogers) could have been in on it too. Of course, no one could have planned on Franco getting shot by Peter, but the vest could have been implanted with fake blood pockets throughout, easily available from a motion picture supply source complete with fake blood! That may have been a safety measure agreed on beforehand before the caper went down! 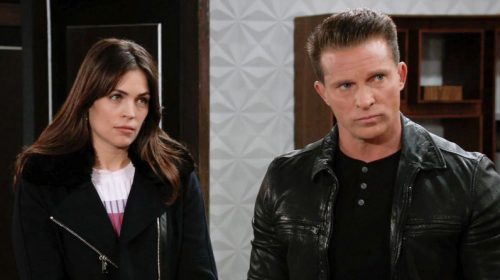 One big clue that may point to Franco’s going into witness protection as a part of taking down Peter August for good is that media-shy Roger made a statement and a short interview with Soap Opera Digest the day Franco “died” on General Hospital. Although the showrunners, and Roger himself, are tight-lipped about Roger’s return storyline, the hiatus that Roger is on while doing Cameo recordings for the charity www.feedingamerica.org

It will have Franco absent from the General Hospital canvas for long enough to resolve the Peter August storyline, although the slippery Peter will likely think he’s literally getting away with murder for a few more months at least! But Roger made the point in his interview that he was not leaving the show whatsoever for good!