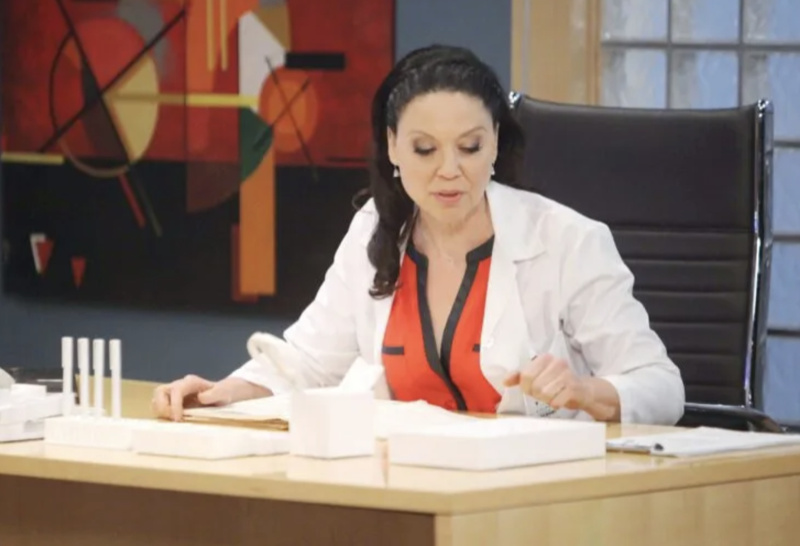 General Hospital (GH) spoilers tease that even Liesl Obrecht (Kathleen Gati) is skeptical that Jason Morgan (Steve Burton) killed Franco Baldwin (Roger Howarth)! She knows that Peter August (Wes Ramsey) more than likely was the culprit and she may just prove it herself in upcoming episodes of General Hospital-if she doesn’t kill Peter herself!

General Hospital viewers will remember that Samantha McCall (Kelly Monaco) prevented Dante Falconeri (Dominic Zamprogna) from completing his mission in a recent General Hospital episode. She literally wrestled the gun out of Dante’s hand as he was preparing to kill Peter near Nathan West’s (Ryan Paevey) grave in the Port Charles Cemetery. Sam had been at Kelly’s when Peter had shown up partially to taunt her, and he had received a text and bragged it was from Maxie Jones (Kirsten Storms).

She then talked to Damian Spinelli (Bradford Anderson) who happened to be with Maxie, and tracked Dante to the cemetery where she talked him down by asking him to consider he is all his little boy Rocco Falconeri (O’Neill Monahan) had. She finally gets the gun away from him as Peter says Dante’s head is messed up and he will pay! Peter ran off like a scared rabbit while Dante came to his senses as the brainwashing command wore off.

Dante broke down and looked like he was going to cry as he realized the WSB facility had not healed him, and he was still a danger; he regretted what he had done. Sam took him by the hand and said she would get him some help, and took him to General Hospital where she started looking for Dr. Kevin Collins (Jon Lindstrom) for help. 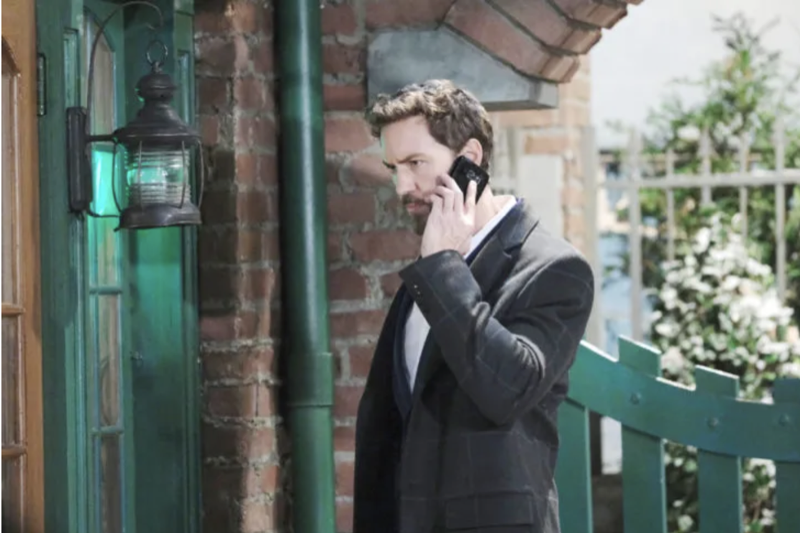 Liesl finds out that Dante’s mission was circumvented, and Peter is still on the loose! Of course, she doesn’t realize that Peter has now teamed up with Cyrus Renault (Jeff Kober) but she now has to come up with a plan b to get rid of Peter. She may be in more danger than she thinks, but Liesl ran around with Cesar Faison (Anders Hove) for many years, so danger doesn’t bother her!

In the meantime, she considers the murder of Franco Baldwin (Roger Howarth) one of the only friends she had. She knows that Jason Morgan (Steve Burton) was charged and brought in, but she is skeptical that he would have killed Franco. She knows that he found Franco’s body. She also knows that Franco was hearing Peter’s voice in Drew Cain’s (Billy Miller) memories, and that he had told Peter!

That is why she had added protection of Franco to Dante’s programming to begin with, and that Peter is the likely murderer! Since it looks like Dante will be in therapy with Kevin for his issues, that will mean she will have to likely go after Peter herself. Liesl may have to look for another operative to brainwash so that she has some back up – or perhaps call upon her allies overseas. She may even know someone else with a grudge against Heinrik that she can recruit, especially if she can deliver a compelling theory. Jason is locked up, so she has to find a hit man or do it herself!

Dancing With the Stars News: Lance Bass and Vivica A. Fox Accuse DWTS Judges Of Favoritism

Royal Family News: Prince William Has Reason To Smile And Thanks the British Public For That