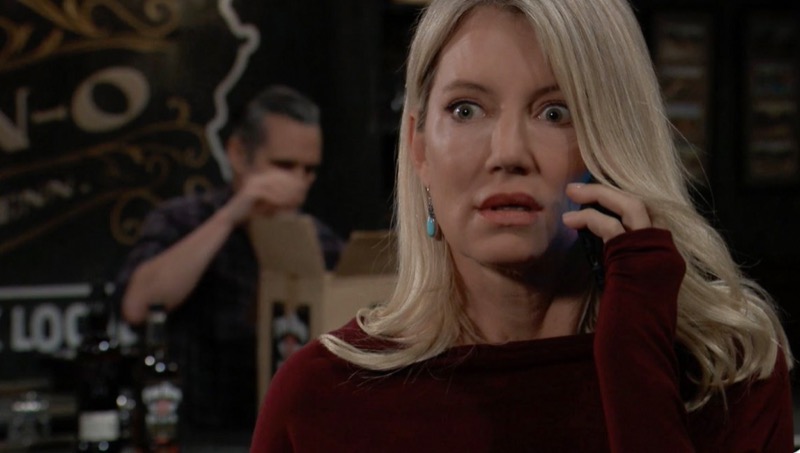 General Hospital (GH) spoilers and updates reveal in the recent episode of GH Nina Reeves (Cynthia Watros) come face to face with Sonny Corinthos (Maurice Benard), who now comes by the name Mike because of his amnesia.

Given his current condition, Sonny has no idea who Nina is. He wants to get to know her, maybe because he’s been dreaming of a blonde woman, and Nina can simply lie about her true identity. The unexpected encounter has placed her in the best position to take revenge on Carly Corinthos (Laura Wright) whom she holds responsible for her daughter’s, Nelle Benson-Jerome (Chloe Lanier), death.

There’s a lot of possibilities. She may not tell anyone, especially Carly, that she found Sonny. Keeping Carly’s husband away from her is revenge enough for the death of her daughter. But is that all Nina’s capable of? Anything can happen when it comes to soaps. She can use her discovery of Sonny to hurt Carly in many ways and that includes sleeping with him. But will she go that far? 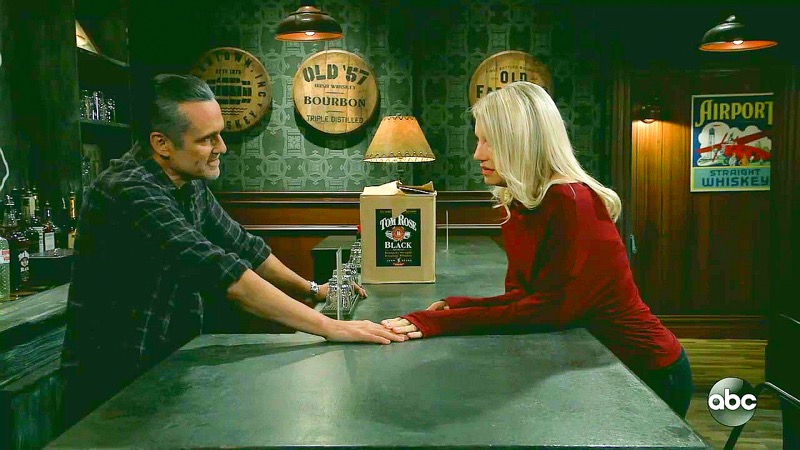 GH fans may recall that the Mob kingpin, who at the moment can’t remember his past, has started to dream about a blonde woman. Nina can easily use this to her advantage. Given that she and Carly are both blondes, she may try to use this as an opportunity to seduce Sonny. She may take pleasure knowing that she managed to take the man that Carly loves the most.

Will Nina cross that line? Seducing someone who knows what he’s doing is a lot different from taking advantage of a person who has amnesia and not mentally healthy to make that decision. Not to mention that the person is married to someone else. Nina’s character has evolved and improved. Taking her revenge against Carly too far will push her back to her former, worse self. Back to the state where she’s capable of kidnapping and faking paralysis.

“General Hospital’s” co-headwriters Dan O’Connor and Chris Van Etten weighed in this possible revenge plot. O’Conner emphasized Nina’s efforts to change for the better and that “she is far stronger than some people give her credit for.” This could mean that her character won’t take her revenge too far.

However, Van Etten sang a different tune than O’Connor. He opened up the possibility of Nina making poor decisions given that she’s under stress at the moment. Does this mean she’ll make Sonny her lover? If she does, it’ll spell disaster not only for Carly but for her, as well.

The Bold and the Beautiful Spoilers: BB Alum Sean Kanan Has A Fabulous New Book