British royal family news reveals that Meghan Markle, Duchess of Sussex’s estranged father Thomas Markle claims he has gone overboard trying to apologize to her for any perceived slights.

According to him he has apologized, “at least a hundred times,” for talking to the press about his daughter, but still she refuses to have anything to do with him.

The Duchess of Sussex’s father is Thomas Markle, Sr., and he told ITV’s Good Morning Britain that the, “Bottom line is I’ve never heard back from Meghan or Harry in any way shape or form.”

Markle was frank when he said that he wished he’d never done some of things he’s engaged in with the media. This includes sending a personal letter from Meghan to him to the press. He has also admitted to staging photoshoots of himself for money. 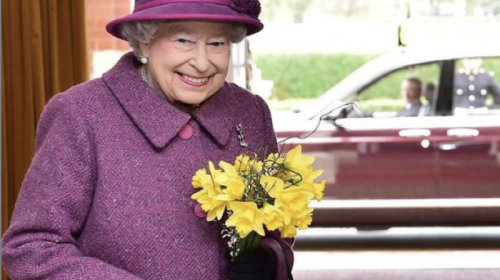 “But I’ve never played naked pool. I’ve never dressed up like Hitler,” Markle told the outlet, referring to things Prince Harry did in his youth.

Prince Harry scandalized the royal family when pictures of him at a raucous party emerged and he was playing pool in his birthday suit. In another unfortunate incident Harry thought it both funny and smart to wear a Nazi uniform as a costume to a party. And yet on another occasion he was taped calling a slur to an individual of Indian descent.

These incidents are significant in light of the pair calling out his family for being racist on the interview they had with Oprah Winfrey. Meghan also accused her father of abandoning her and they both claimed that she was nearly held hostage while in the UK.

According to Markle he hasn’t seen his daughter in four years, nor met his grandson, Archie. Meghan is pregnant with the couple’s second child and both Meghan and Thomas could meet again in a courtroom in regard to the letter sending incident. Meghan sued the tabloid that published the letter and Thomas has said he wants to testify on his own behalf. Will that ever happen? Meghan has successfully delayed the trial once so far.

The Young and the Restless (Y&R) Spoilers Next Two Weeks: Dynamite, Intrigue and Accusations