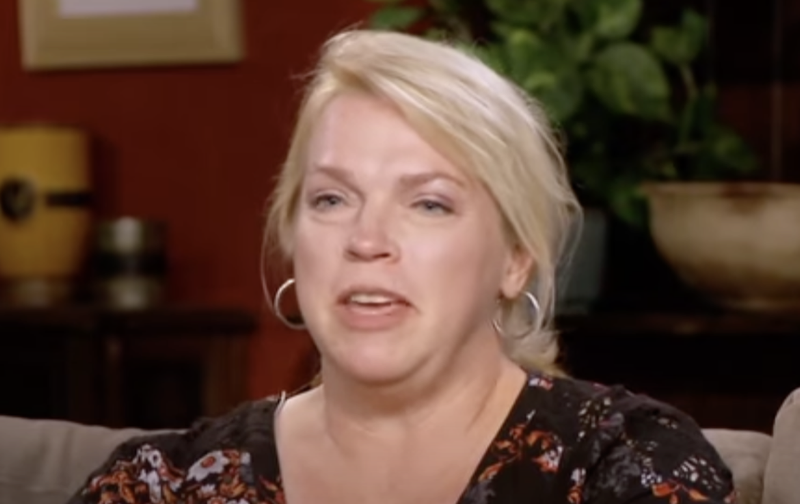 Sister Wives spoilers reveal that fans have been concerned for a while about a blemish above Janelle Brown’s lip. She was worried about it, as well. So, she went to the doctor to find out what it was, why it wouldn’t go away, and why it seemed to be growing. It turns out it was cancerous. So, how is the TLC star doing now that it’s been removed?

Sister Wives Update: Are Was Troublesome For Years

Sister Wives spoilers reveal that Janelle had problems with that area of her upper lip for many years. She would often get cold sores in that area. One day, it looked like another cold sore was forming, but it never developed and just stayed like it was. The blemish stayed, but started to increase in size. Fans were concerned about it and it turns out they were right to be.

Sister Wives spoilers reveal that Janelle used every scar treatment that she could find, desperate to get rid of it. But nothing ever helped. She thought that it was her body reacting to the 20 years of trauma to that part of her face. So, she went to the doctor to have it checked out. It turns out that it actually wasn’t an undeveloped cold sore or her body reacting to trauma. The lip blemish was cancerous 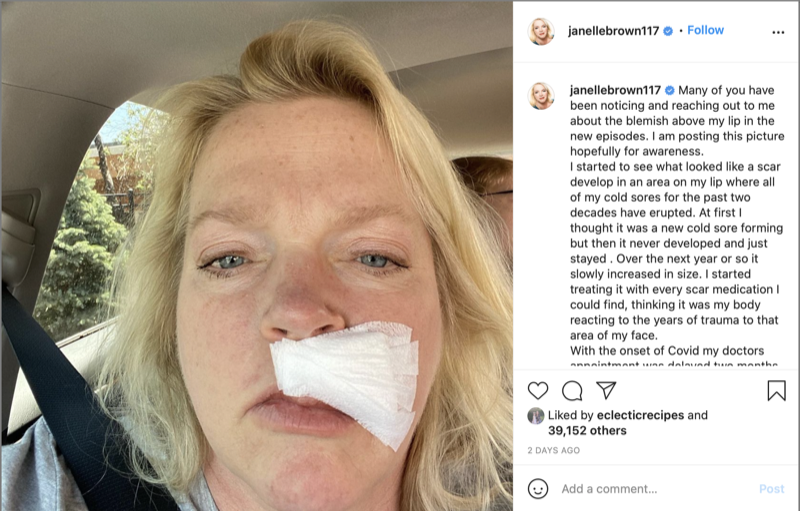 On Instagram, Janelle posted a photo of her wearing a large bandage over her upper lip where the cancerous blemish had been. On Sunday, she explained that she wanted to raise awareness.

“Many of you have been noticing and reaching out to me about the blemish above my lip in the new episodes. I am posting this picture hopefully for awareness.”

Now, Janelle had actually scheduled a doctor’s appointment much earlier. However, it was postponed two months due to COVID-19. When she finally was able to go see the doctor, that is when she was diagnosed with basal cell carcinoma, a type of non-malignant skin cancer. Now that she has the lip blemish removed, Janelle is doing much better. 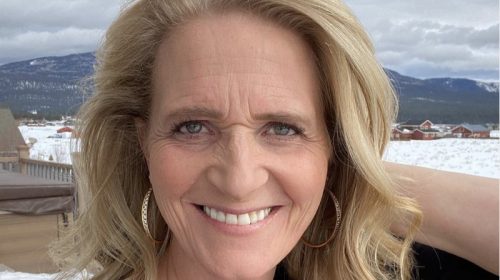 “It was a basal cell carcinoma, skin cancer, non-malignant, but it still needed to be removed. I am happy to report that it was removed and all is well.”

It is always important to get any blemish, mole, or skin changes checked out by a doctor. Early diagnosis and treatment can make the difference between life and death.

“This place on my face just looked like scar tissue and because I had cold sores there since my early 20s – it honestly did not occur to me to have it even looked at. I hope this share will be helpful to some. I am sharing to say that, even if it seems like it couldn’t be skin cancer, it doesn’t hurt to have your doctor look at it.”

Be sure to catch up on everything happening with Janelle Brown right now. Come back often for Sister Wives spoilers, news, and updates.