Sister Wives’ Kody Brown says he has an interest in growing his family, but that it was all up to Robyn Brown. “That’s really up to her, but it’s always fun to sit here and feel my youth going, ‘I can have kids if I want to,” Kody, 52, admits in an exclusive US Weekly interview.

Kody Brown is best known for his appearance in Sister Wives which is am American reality television series that premiered on 26 September, 2010. The show reveals the life of a polygamist family, which includes father Kody Brown, his four wives (Meri, Janelle, Christine and Robyn) and their 18 children.

The show was originally shot in Lehi, Utah, but has since moved to Las Vegas, Nevada when the family moved, and the unincorporated township of Baderville, Arizona (north-west of Flagstaff, Arizona) in mid-2018. 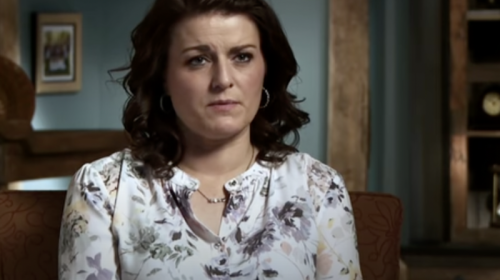 According to Kody Brown and his four wives, Sister Wives was started to school the public on the ups and downs of polygamist families and to fight societal prejudices surrounding such a union. Brown has stated that he believes that the polygamist arrangement is legal as he is legally married only to one woman (Robyn), while the other marriages to Meri, Janelle and Christine are “spiritual unions.”

During the Sister Wives first season, the show televised Kody Brown’s courting of and marriage to his fourth wife, Robyn, in 2010. Robyn therefore became the first new wife to enter the family in 16 years.

The only legal marriages have been between Kody and Meri, up until their legal divorce in September 2014, and Kody and Robyn from December 2014, which was done in order for Kody to legally adopt Robyn’s 3 children from her previous marriage.

Kody and Meri have one daughter. Kody and Janelle share 6 children. Kody and Christine also have 6 children. Robyn has 3 children from her first marriage (which was monogamous). Kody legally adopted Robyn’s children after he married her. Between them, Kody and Robyn share two biological children.

But according to Kody during an interview with US Weekly, he’s looking forward to having more kids with Robyn.

Will Robyn Give Kody Brown Another Baby?

Kody Brown talked to US Weekly, while promoting season 15 of their reality TV series, “I do that to my adult children sometimes,” he continued after showing interest in the idea of having more kids with Robyn, “It’s not cool to Robyn.

She’s like, ‘Oh, this jerk is doing it again.’ And I’m like ‘I can have more kids if I want to. I might have kids younger than your kids,’ stuff like that. It’s more, like, a dumb thing where I’m just challenging the kids and teasing them.”

He also added, “Personally, I think it’s up to Robyn, but whenever I ask her, she always goes, “Well, it’s up to us. We make this decision together.”

Do you think Kody Brown will have any more kids?  Sound off in the comments below and check back here for more Sister Wives spoilers and Kody Brown news and updates.

The Bold and the Beautiful (B&B) Spoilers: Zoe Gets In The Middle Of Things Again