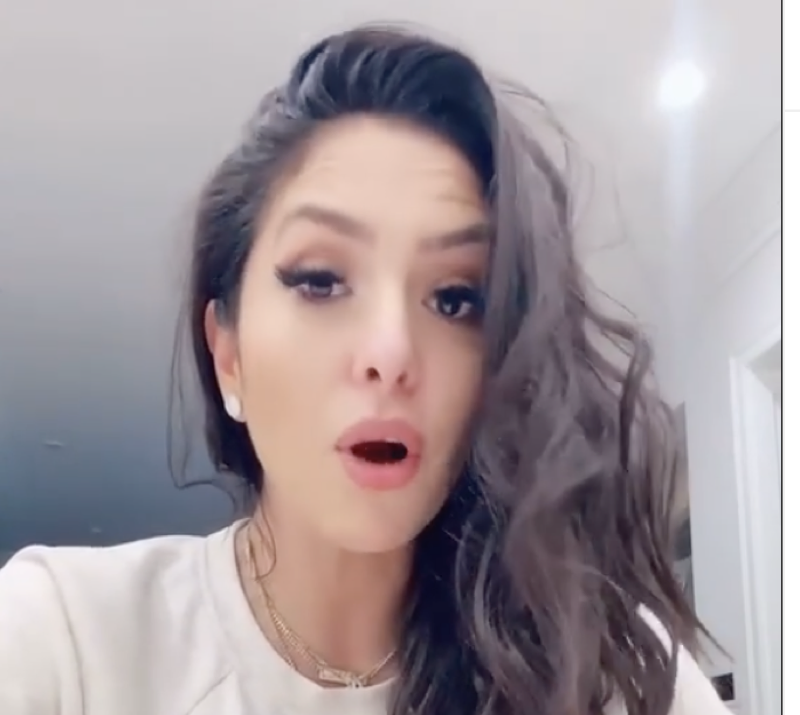 Vanessa Bryant, the widow of the late Laker’s great Kobe Bryant, recently shared some exciting news with fans on Instagram.

She posted a beautiful close-up photo of her oldest daughter Natalia weeks after she signed a modeling contract.

Vanessa Bryant was sure to let her fans know that she is tremendously proud of her daughter. She posted the pic on March 6 and it is a new modeling pic of Natalia, 18.

In the snapshot, the teen is looking off to the side and her hair is pulled back to reveal a flawless complexion. She has on hoop earrings and a gold necklace and her makeup looks fabulous.

She captioned the pic: “My baby (with makeup) 😁❤️ #grown @nataliabryant ❤️ Daddy would be so happy that you’re pursuing your modeling career now that you’re 18. You’re beautiful inside and out. Beautiful with makeup and without makeup. We love you.”

Her fans left a ton of positive and comments and congratulations for mother and daughter. Of course the fans commented on Natalia’s glowing beauty and many also took a moment to remember Kobe.

Kobe Bryant and his daughter Gianna tragically died in a helicopter crash in LA while en route to a basketball tournament in 2020.

Natalia is signed with IMG Models, and one fan wrote, “Omg you’re daughter is SO PRETTY JUST LIKE HER PARENTS,” while one said, “She looks just like you!!! Beautiful.” 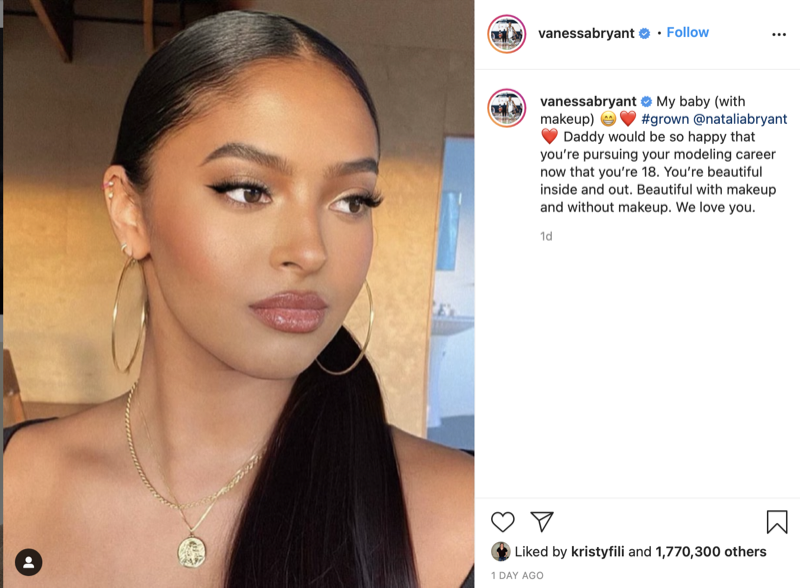 Previously Vanessa shared another photo of Natalia modeling the day before. In it that one her hair was parted in the middle and in addition to gold hoop earring she had on two silver necklaces. “That’s my baby!” Vanessa enthused in the caption.

Natalia has also been sharing some of her new modeling pics and videos with her Instagram followers. She said she, “had so much fun,” at the photo shoot in the caption and also tagged the photographer, Mason Poole.

It looks like Natalia is off to a fast and successful start in her modeling career and we wish her all the best!

Be sure to catch up on everything happening with Basketball. Come back here often for Basketball spoilers, news and updates.

The Bold and the Beautiful (B&B) Spoilers: Heather Tom Is Spending More Time Behind The Camera Than In Front