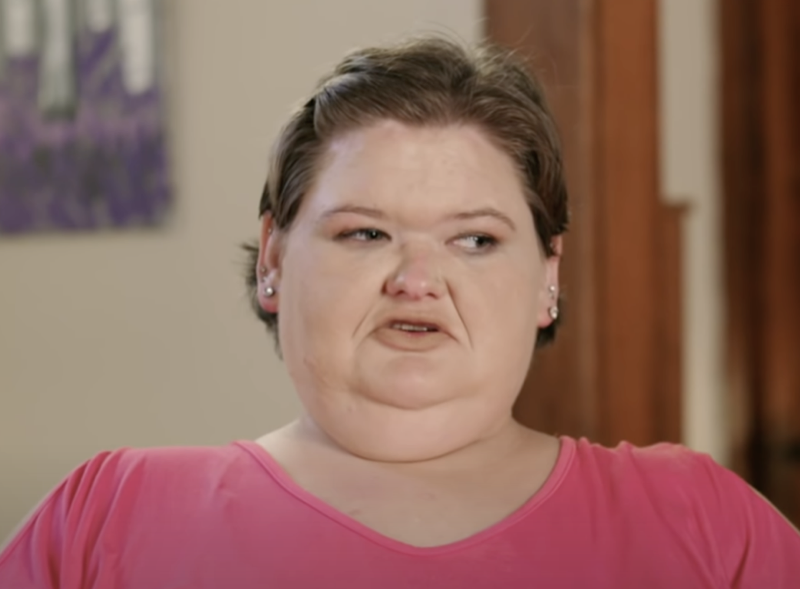 1000-Lb. Sisters rumors and updates suggest that Amy Slaton Halterman may be pregnant with her second child. What gives fans this idea? Amy’s updated bikini photo showing off her weight loss. Is Amy pregnant or is it just that she has excess loose skin?

1000 Lb. Sisters Amy has lost more weight since she gave birth to her son, Gage Halterman in November 2020. Amy was, at one time, using her pregnancy to eat whatever she wanted. However, after speaking to Dr. Proctor, her bariatric surgeon, and at her family’s urging, Amy got back on track. Amy was supposed to wait two years after her surgery to get pregnant but ended up

getting pregnant at four months post-surgery instead. Amy managed to control her weight extremely well during her pregnancy and began to lose on track afterward unlike her sister Tammy Slaton who struggled to get to her presurgery goal. Amy wants to get down to 250 pounds but her surgeon wants her to lose more because that is still considered obese. 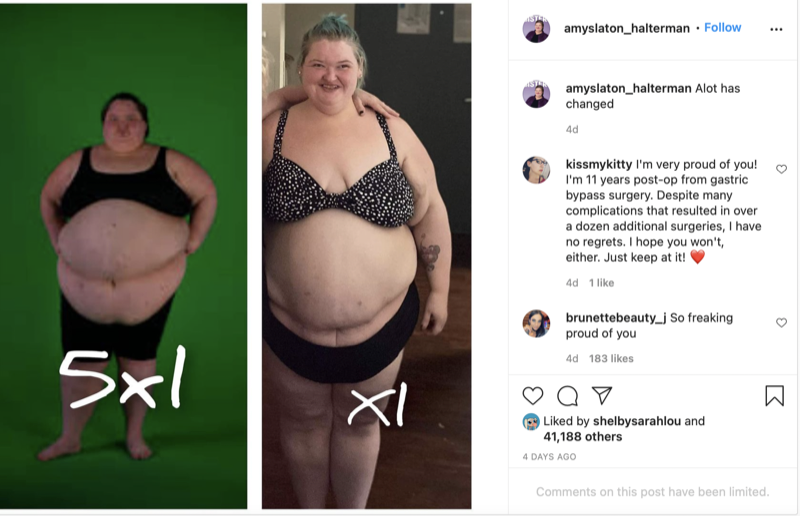 1000 Lb. Sisters Amy hasn’t had skin removal surgery because she hasn’t reached her goal weight yet. However, Amy looks very happy in her photo and a lot smaller than the comparison photo as well. Amy has a right to be proud of herself because she has accomplished a lot but she also seems to be glowing which makes fans wonder if there is more to it. Is Amy simply happy with her weight loss or is she hinting at more?

1000 Lb. Sisters Amy talked with her husband Michael shortly after Gage’s birth and told him that she wants at least one more baby. Amy doesn’t want Gage to be an only child. Amy has also revealed that birth control doesn’t work well for her as she was on high-dose birth control when she got pregnant with Gage. 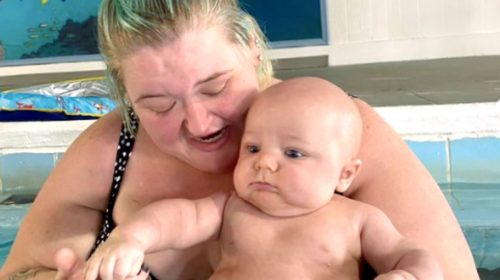 Perhaps Amy decided against going back on birth control because she didn’t want the kids to be so far apart. Amy could have also accidentally gotten pregnant again as well. However, she probably isn’t allowed to reveal that information until the new season begins if she is pregnant again.

Fans will certainly be happy for Amy and Michael if they are expecting again. Of course, she may be glowing because she’s is pleased with the obvious changes in her body. Hopefully, the new season appears soon so fans can get answers to this burning question.