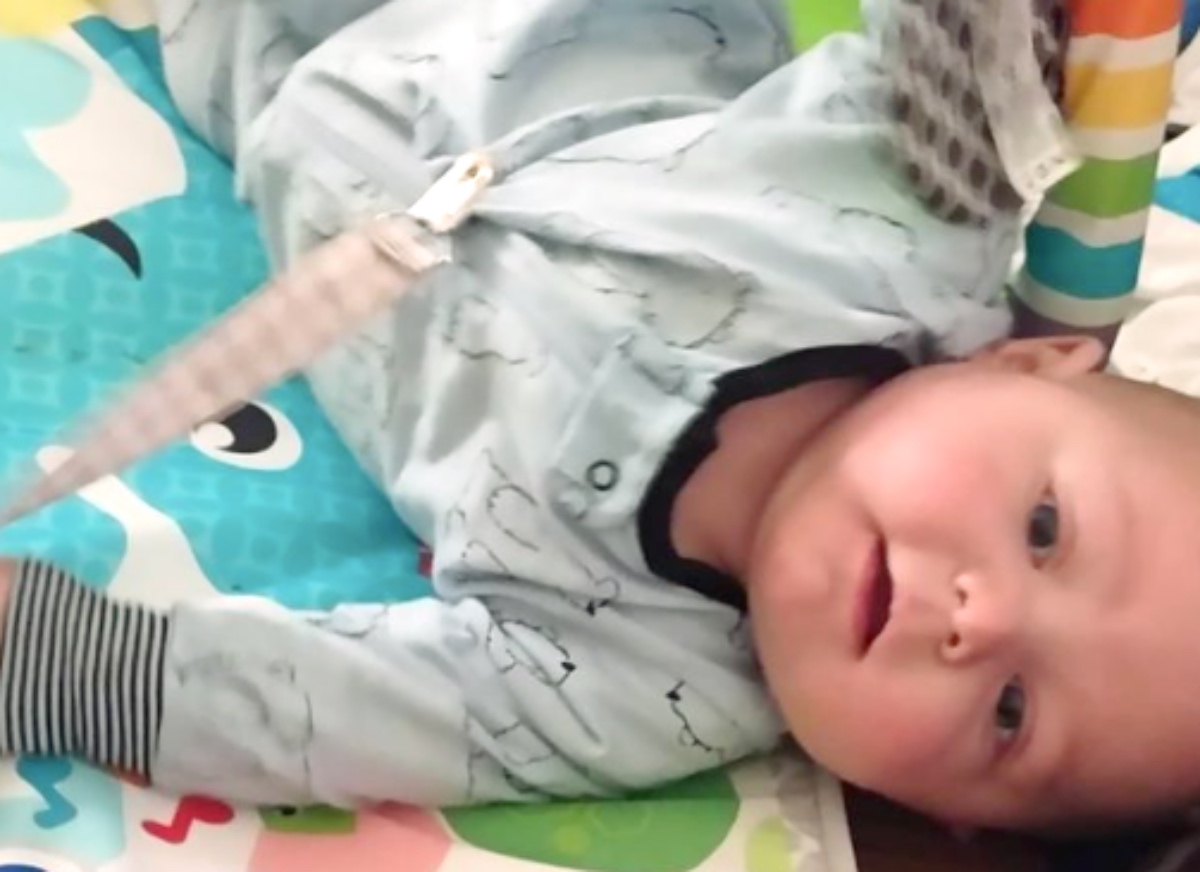 1000-lb Sisters spoilers and updates reveals Amy Halterman shares a lot of cute photos of her baby, Gage. She and Michael welcomed their little boy on November 10, 2020. Now, the 1000-LB Sisters star shared some fun news about Gage who just hit a new milestone. At just over five months old, did he get there within an acceptable time? Most kids develop at their own speed, but people have a good idea of when they can expect Instagram-worthy moments of their little kids.

The 1000-LB Sisters star and Micheal, along with her sister Tammy, kept the date of birth quiet for a long time. After all, the last season of the show covered the birth of Gage. carful not to break their NDA, Amy couldn’t wait to share photos. Now the show concluded for another season, she makes up for the lost time. Recall, her son arrived in the breech position, and initially suffered from low blood sugar. However, he looks very healthy these days. 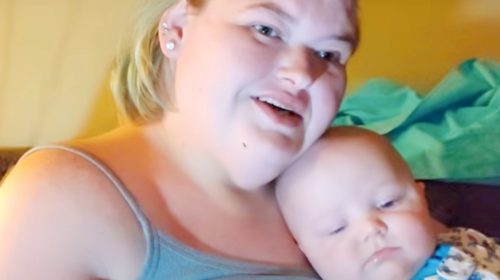 Amy Halterman posted two pictures on Instagram and in one of them, Gage lay on his back. Then, in the next one, he rolled onto his tummy. Actually, rolling back-to-front and front-to-back is also a milestone. However, Gage took it a step further and started army crawling. So, in a short time, the new mom can expect that her son starts crawling all over the place.

Did Gage Hit His Milestone At The Right Time?

1000-LB Sisters fans might wonder if the son of Amy Halterman hit this milestone on time. Well, according to Intermountain Healthcare, at about seven to nine months, a baby starts becoming more “mobile.” One of the first steps involves the baby “army crawling.” However, some children never progress to fully crawling on their hands and knees. The site explains that some kids skip from scooting, straight to walking.

Amy Halterman might feel a bit proud of her boy who started his army crawling at five months instead of seven. Nevertheless, kids face many milestones as they grow up, and people shouldn’t worry if their child seems a bit slow. Sometimes, they rush to the next milestone, and sometimes, they take their own sweet time getting there. 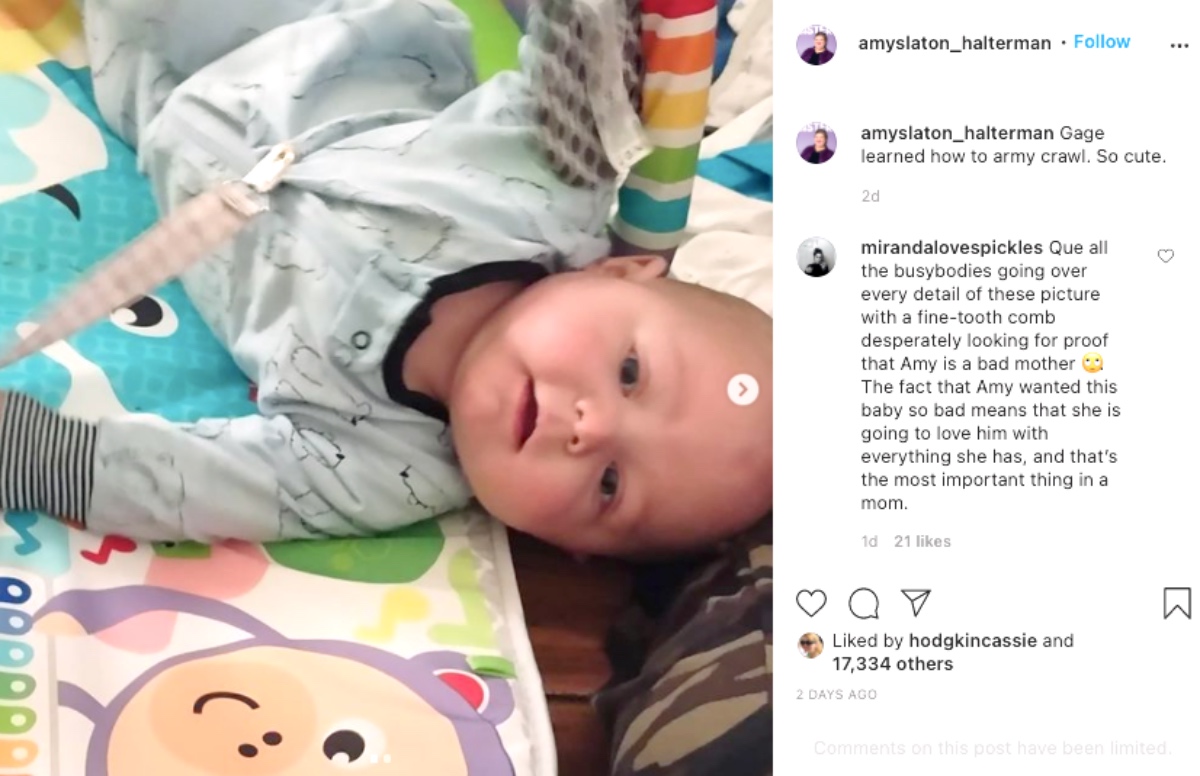 In the comments section of the post, TLC fans congratulated the new mom on her son’s progress. One practical fan reminded Amy Halterman, “Time to start baby proofing everything!!” No doubt, her husband Michael turns his attention to helping Amy with lifting up breakables and storing away potential hazards. Securing things seems important, as once Gage fully masters crawling, he’ll likely pull himself up and balance against tables and chairs.

Remember to check back with us often for more news, spoilers, and updates about Amy Halterman, her baby Gage, and the rest of the cast in TLC’s 1000-LB Sisters.