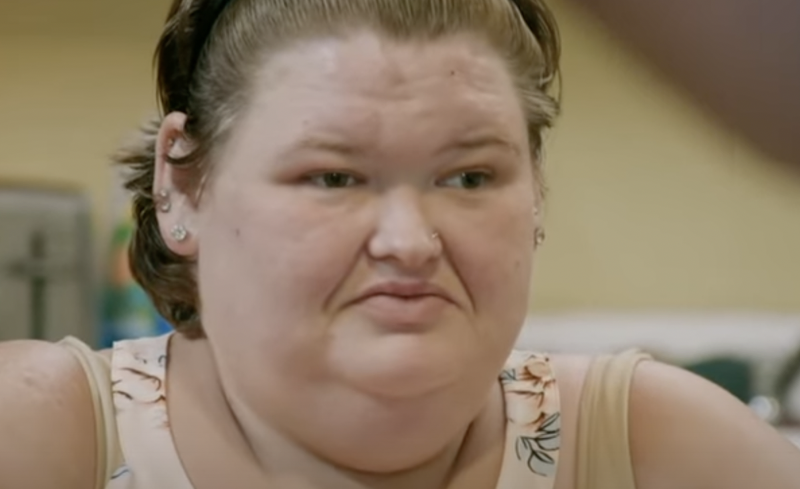 1000-lb Sisters spoilers and updates reveal fans of the TLC series have wondered if Tammy Slaton’s quest to reduce her body weight would be helped by her sister, Amy Slaton Halterman, who got pregnant in season two of the popular reality series. For many fans, there has been a stark contrast to the weight loss journeys of the Slaton sisters. Amy on her part was to undergo weight loss surgery after successfully shedding the required weight, but Tammy has been struggling as her weight has been fluctuating up and down.

This has made Tammy still rely on help from others to attend to her basic needs. For a long time, Amy and her husband, Michael Halterman, have been the ones supporting and taking care of her. However, the dynamics are seemingly going to change after the birth of their son, Gage. Want to find out how? Read on for the full crux of the matter.

In a recent post on her Instagram page, Amy uploaded a beautiful picture of her son, Gage. In the picture, Gage is tightly holding on to his milk bottle by himself. Amy is full of motherly pride at the little steps her baby boy is taking towards becoming independent. Fans take an opposite reaction to Amy’s photo though, as they wondered if she wanted her overweight sister, Tammy, to also be independent. 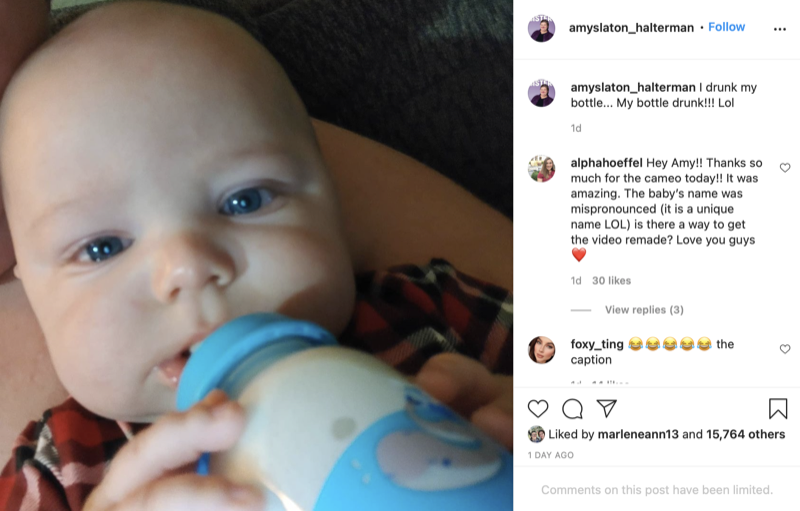 It is funny to note that the debate on whether Amy shows the same care and attention towards Tammy started from a simple comment by a fan. The particular fan commented that Amy should not forget that her sister needs her even though she has given birth to a sweet baby boy.

It is no surprise that such a comment was made, as many fans of the 1000-lb Sisters series have been making similar comments ever since Amy got pregnant in season two. Amy herself was the stimulus to such comments from the beginning, as she said that it might not be possible for Tammy to hold her son properly considering her weight issues. 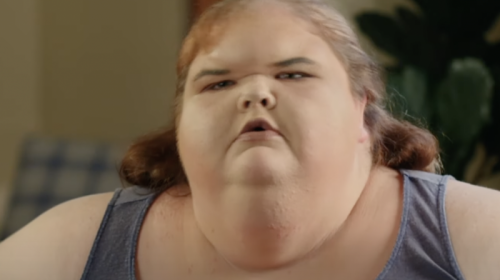 In another comment, a fan backed Amy with passion by writing a long epistle extolling the love and care Amy and her husband have shown Tammy over the years and called out Tammy for being conceited.

The fan expatiated on Tammy’s selfishness by saying that Amy has always stood by her, but had a family to primarily take care of now, and ended by suggesting that Tammy should not blame other people for her overweight issues. Though we can’t be sure of what happens when there are not live on television, the fan does make a valid point. There is no proof to suggest that Tammy is blaming others for her struggles towards reducing weight, but it is a good thing she is working on shedding some weight at least. Let’s just hope that Amy does what is best for her sister, Tammy.

Be sure to catch up on everything happening with 1000-lb Fans right now. Come back here often for 1000-lb Fans spoilers, news, and updates.