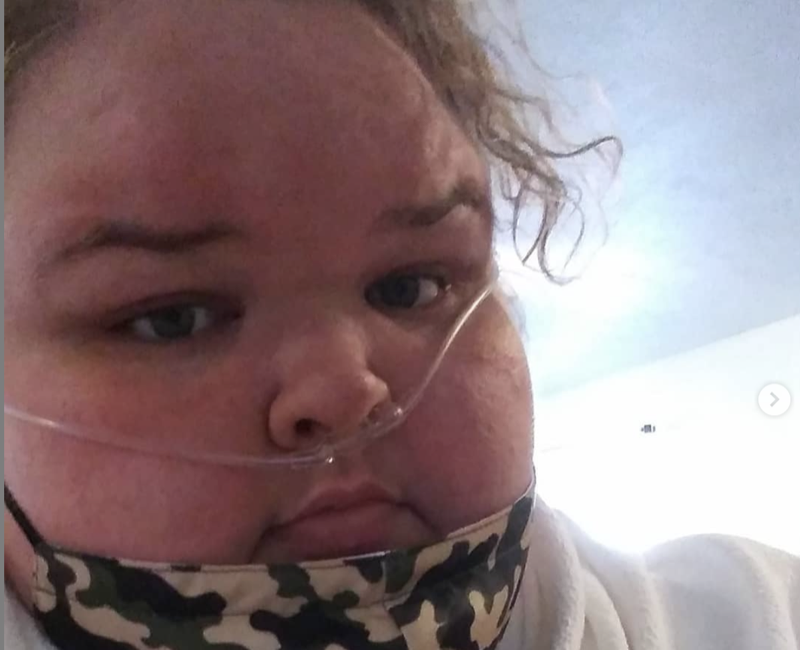 1000-Lb. Sisters spoiler and updates suggest that Tammy Slaton is now selling merchandise and it is certainly not happening without drama.

1000 Lb. Sisters Tammy has started a business selling items pertaining to her and sister, Amy Slaton Halterman. Amy has found a partner named Quincy to help her with this endeavor. Tammy and Quincy go live to sell merchandise with cute images a few times a week.

However, they may not have been thorough with their research before starting the business. Fan love the merchandise but also found it to be familiar. The images that Tammy is using belong to an artist named Ponychops who reached out to Tammy and asked her to stop using her images without permission. Apparently, this set off Tammy’s partner who then attacked the artist.

But It Has Tammy Slaton’s Image

It seems that Quincy believes that because the image is of Tammy, it is free to be used if he wants. Quincy goes as far and confronts the artist. Quincy accuses the artist of wanting views and that is the only reason they are complaining about the image. Quincy goes on to tell the artist that he hopes she dies. There is no call for the way Quincy attacked this artist. However, it does not seem the Tammy has spoken up in defense of the artist at all. Should Tammy and Quincy not have researched copywrite laws before using the images? Would it have not been polite to at least contact them and ask to use the images? 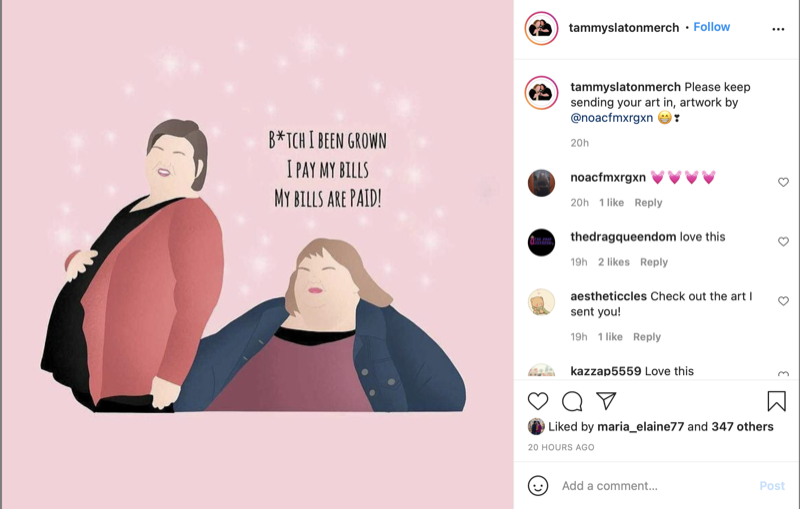 1000 Lb. Sister’s Tammy does not seem to understand that just because of the image if of her does not mean she owns it or has the right to use it. Ponychops has an online store as well and sells the image on products of her own. Perhaps if Tammy had not allowed her partner to attack Ponychops they could have reached an agreement on the image use.

However, now it seems to be too late, and rumor of settlements begin to circulate. Will Tammy have to pay for copywrite infringement? Can the two of them come to an agreement about use of the property? 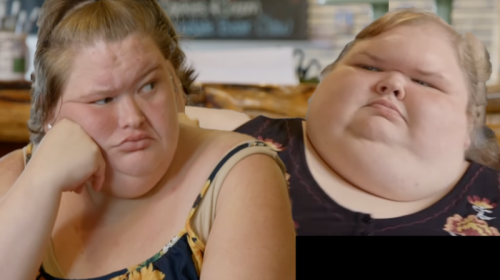 It does not seem that the two have settle this without the involvement of lawyers and settlements as rumor hint that Tammy may have been sued. Should Tammy simply hire an artist to make images for her business? Will the 1000-Lb. Sisters star have to stop selling her products altogether?