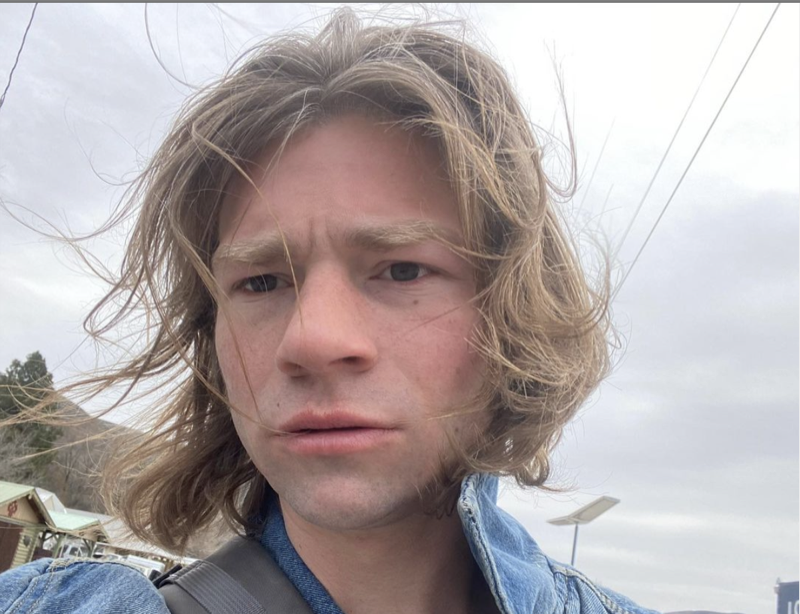 Alaskan Bush People spoilers reveal that Bear Brown made a bombshell announcement on Instagram. He claimed that he has quit the reality show that made his family famous. However, considering that it is April Fool’s Day, is this just a joke? Or could he actually be leaving reality TV?

Alaskan Bush People spoilers reveal that Bear made a bombshell announcement on Instagram today. She surprised his fans and followers by announcing he has quit the reality show. He wrote, “Due to recent events and things I can’t discuss on social media, it’s with a heavy heart, I’ve decided to no longer continue filming for Alaskan Bush People! It’s been a wild ride! God bless everyone!”

Of course, there were a lot of questions and comments from those that follow the reality star on social media. However, Bear hasn’t responded or added further information.

It is April Fool’s Day and for years, reality stars and celebrities have played jokes on fans. Even publications get in on it by using an outrageous headline, then revealing in the post itself that it’s just an April Fool’s joke. Each year, many people fall for it and that will probably continue until the end of time. You just never know if someone’s post on April 1 is for real or if they are just having fun. So, before getting too upset about Bear’s announcement, there is a good chance that he’s pulling our legs. 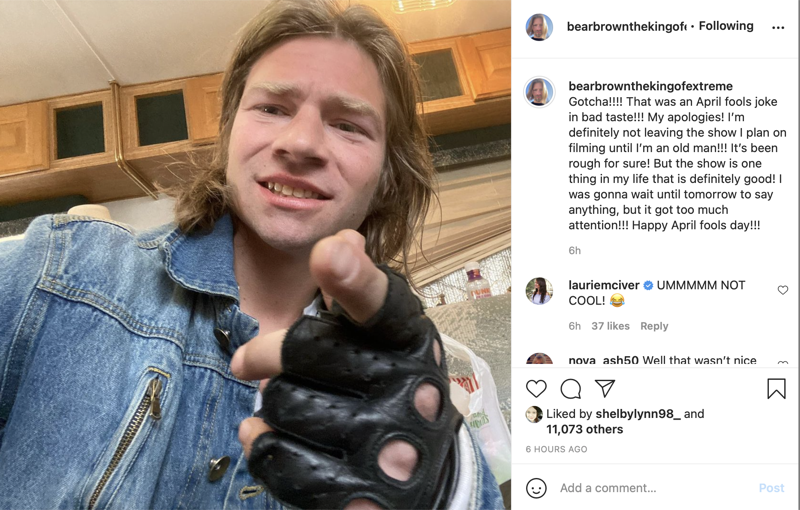 Alaskan Bush People spoilers reveal that if Bear is serious about quitting the reality show, it wouldn’t be that surprising. In the past, Raiven has expressed having a difficult time with having cameras record her every move. She also struggled with the speculation on her relationship and having every social media post become a headline. Some people handle it really well while others are challenged by it.

Just the past two weeks, there have been multiple reports suggesting Bear and Raiven are splitting up again. So, it’s possible that it’s putting a strain on the couple’s relationship.

Alaskan Bush People spoilers reveal that another reason for Bear quitting the show might have to do with his father. Billy Brown passed away in February 2021. The family has struggled with the patriarch passing away. Some feel that the show can go on while others predict ABP will end. We don’t know what the future of the series is yet, so we will have to be patient and wait for official word from the network.

What do you think of Bear Brown’s announcement that he quit ABP? Do you think it could be true or is this an April Fool’s joke?