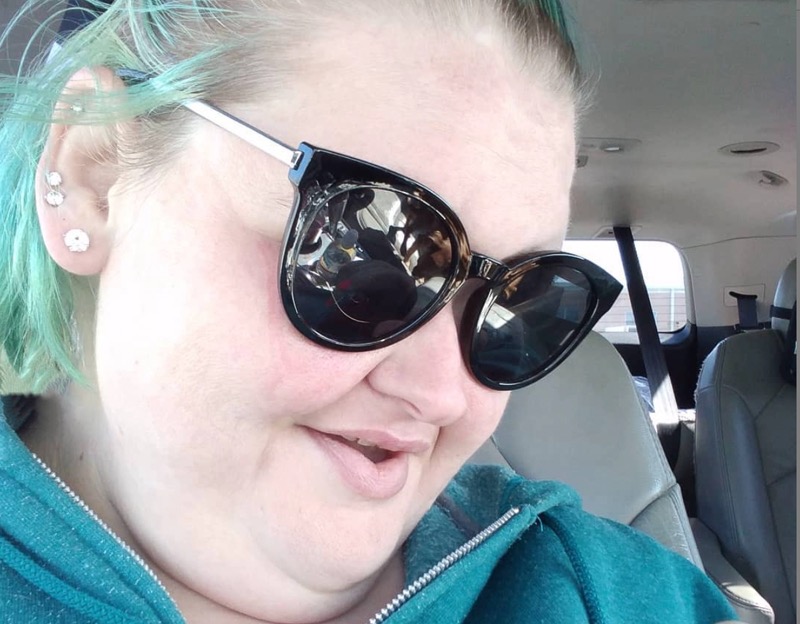 1000-Lb. Sisters star Amy Halterman waited for a long time before she started posting photos of her baby boy, Gage. Of course, that came as part of her NDA with TLC. Bear in mind, fans only saw that her son arrived safely towards the end of Season 2 of 1000-LB Sisters. Nowadays, she regularly posts up photos. And in the comments section, she gave some updates on her son’s progress.

Fans quickly agreed that Gage seems very cute. And a lot of them sighed with relief when they saw that his delivery came with only a minor low blood sugar issue. Soon after her C-Section, Amy began interacting with her baby. Mind you, some fans of 1000-LB Sisters trolled on her for a dirty pillow. However, they might as well save their breath as Amy usually ignores trolls.

At one stage, trolls also hit on Amy Halterman for claiming a disability benefit. Many of them thought that came from carrying way too much weight. However, she explained that her benefit covers her eyes. Born with toxoplasmosis, one eye is skewed. And the other one has a stigma. So, she’s pretty much legally blind without her glasses on. So, trolls dropped that avenue. Fortunately, as the season ended, fewer trolls turn up on her social media. And her fans love it when she updates on baby Gage. 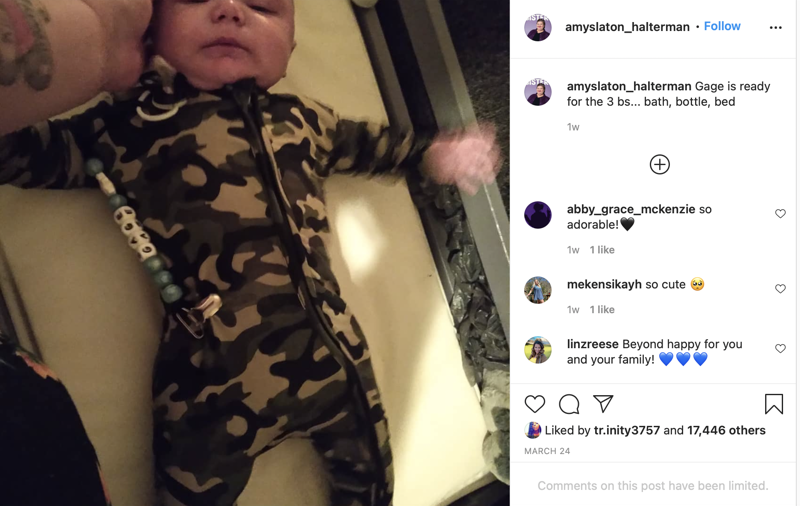 The latest Photo Reveals Gage In His One-Piece Camo Outfit

On Wednesday, March 24, Amy Halterman shared a photo that revealed Gage in a nice one-piece outfit. Some people really liked the camo coloring. In her caption, the 1000-LB Sisters star wrote about him being ready for “bath, bottle” and “bed.” One thing that TLC fans really like about Amy, is that she often answers questions. Actually, she answers way more often than her sister Tammy. So, reading through the comments often reveals something worth finding out.

The first question that Amy Halterman answered related to Gage and his sleeping habits. Of course, newborn kids seldom sleep through the night. So parents just about collapse with relief when they finally get the hang of it. One fan asked, “does he get lavender baths at night to relax him? Is he easy to get asleep ?”  In a short answer, Amy replied saying, “Yes.” However, she also answered another question that made 1000-LB Sisters fans very happy for her.

Update – Gage Sleeps Through The Night

One fan asked Amy Halterman, “How’s he sleeping through the night?” Well, when her reply came, fans agreed that it sounds like wonderful news. Amy said, “mostly night in bed by 10 PM up around 8 AM.”

Many fans agreed that it seems like quite good news as Gage is still a small baby. Others told Amy how much they think her child looks so “adorable,” and that she’s clearly “a good mom.”

Remember to check back with us often for more news, spoilers, and updates about Amy Halterman from TLC’s 1000-LB Sisters.