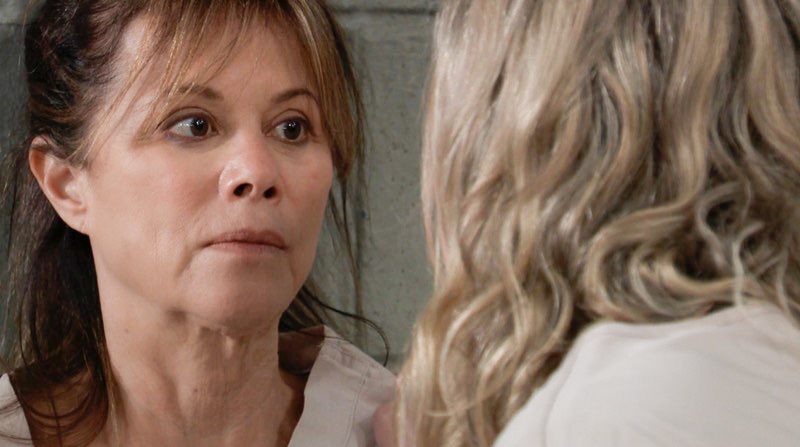 General Hospital (GH) spoilers tease that Alexis Davis (Nancy Lee Grahn) will have to find creative ways to survive her three year prison sentence. And although Cyrus Renault (Jeff Kober) issued a veiled threat at Nikolas Cassadine (Marcus Coloma) that harm could come to Alexis if Nikolas didn’t help Cyrus find out where his mother was being stashed by Carly Corinthos (Laura Wright) as a bargaining tool to keep Cyrus from harming Jason Morgan (Steve Burton) or other members of the Corinthos clan, Cyrus won’t factor into Alexis’ continued livelihood.

Alexis will likely start out by trying to keep mostly to herself. She doesn’t want to say the wrong thing to the wrong person and end up making enemies. But if she keeps quiet and stays away from everyone else, she runs the risk of being thought of as “snooty”. This could easily set someone off. This could get Alexis beat up or possibly even killed. So if keeping silent backfires, Alexis will have to get creative. She would likely do well to not pretend to be something she is not, so it seems there are two possibilities that might just work. 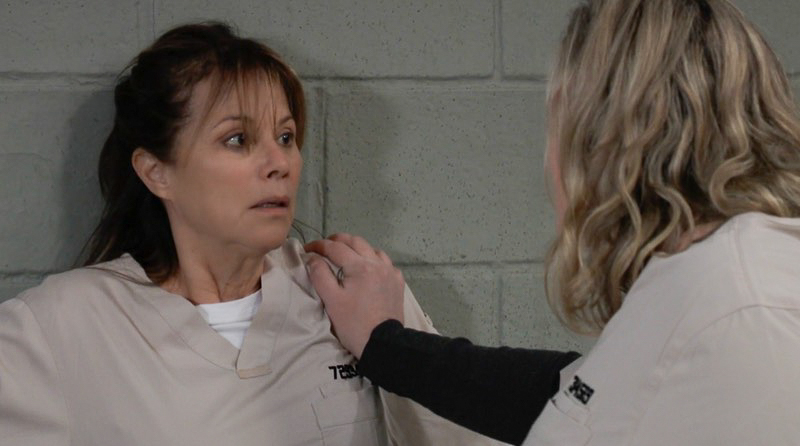 General Hospital Spoilers – Alcohol Addiction touches everyone, and that might be the key for Alexis Davis.

Alexis hasn’t been sober all that long, so AA meetings will likely be something Alexis will very much lean into. Alexis would do well not to hold back during the her time speaking. The more relatable she makes herself out to be, the better her chances of making real connections inside the prison walls. And the sooner she stops sticking out like a sore thumb, the sooner Alexis will assimilate. But Alexis possesses another skill that many of her fellow inmates may need to deal with the legal system. Perhaps an inmate doesn’t realize the things they say in a probation hearing should focus on accepting responsibility for their crimes. 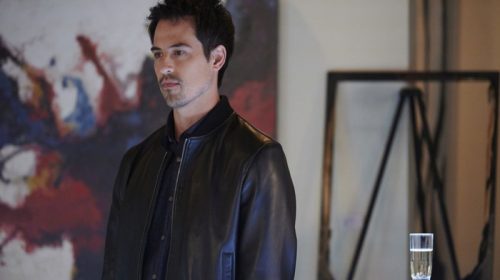 Although they may not believe that Alexis knows what she is doing, if some of the inmates take her advise when it comes to probation, they should see a huge difference in how they are received which will start to translate into early release or probation and other positive results that people had given up. Alexis knows the law, and she knows what works with judges, juries and other legal officials. Alexis has a real chance to make a difference with these women, possibly giving them hope when they had given up. But first things first, Alexis will need to find a way to get along with even the most difficult inmates, so they will listen to her words of wisdom.

Will Alexis have a difficult time making connections in Pentonville at first. Could her stories during AA help even the playing field. And once she’s able to sustain herself. Will she begin to give advice that could mean the difference between probation and another two years in jail. Whatever the case, she will need to figure something out quickly before she is seriously hurt or killed?

The law is complicated, but the attorneys in Port Charles know their stuff so stay tuned to General Hospital airing weekdays on ABC. And don’t forget to check back right here regularly for all your General Hospital news, information and spoilers!

The Young and the Restless (Y&R) Spoilers: May Sweeps Brings War Between Big Red and Little Red and Rey is Looking For Love