General Hospital (GH) spoilers and rumors tease that Cyrus Renault (Jeff Kober) could be the one who ultimately eliminates Peter August, (Wes Ramsey) his new ally in a future episode of General Hospital. Peter is too prone to go rogue on him and does not “work with others well”!

General Hospital Spoilers – Cyrus Renault Had To Leverage Peter August Into Framing Jason Morgan And Then Had To Do Most Of The Work Himself!

General Hospital viewers will recall that Peter had published an exposé on Franco Baldwin’s (Roger Howarth) brain tumor returning, and emphasized the serial killer that Franco used to be when he had the previous brain tumor. Peter manipulated his half-sister Britt Westbourne (Kelly Thiebaud) into letting him use her hospital laptop and then downloaded Franco’s medical records to use in his story.

Peter had therefore put many targets on Franco’s back because of his past, but at the same time made an excellent cover story for himself should he have to take out Franco because of what Drew Cain’s (Billy Miller) memories coming back up might reveal. Franco himself made the mistake of telling Peter that he was hearing his voice in Drew’s memories! If the whole story were known, Peter likely could have skated on Franco’s murder if he could prove self-defense, since it was Franco who clobbered him over the head with a tire iron and tied him up in his art studio.

Franco had coerced a full confession out of Peter about his sabotaging Drew’s plane and causing his presumed death, and recorded it, but Peter got loose from his bonds and they struggled first for the device with his confession recorded, which Peter erased, then for the gun which Franco should have emptied but didn’t. Peter shot him with the gun and although he wiped it down and took it with him, Cyrus had later confronted him in the cemetery.

Then it was Cyrus who took Peter’s gun and threw it down a garbage chute in the building where Gladys Corbin (Bonnie Burroughs) lived upstairs from Franco’s art studio and paid her off to say she saw Jason do it. For that matter, Cyrus could have given Gladys the gun and had her throw it down there herself, since Cyrus doesn’t usually do all his own dirty work! That completed the frame of Jason Morgan (Steve Burton). 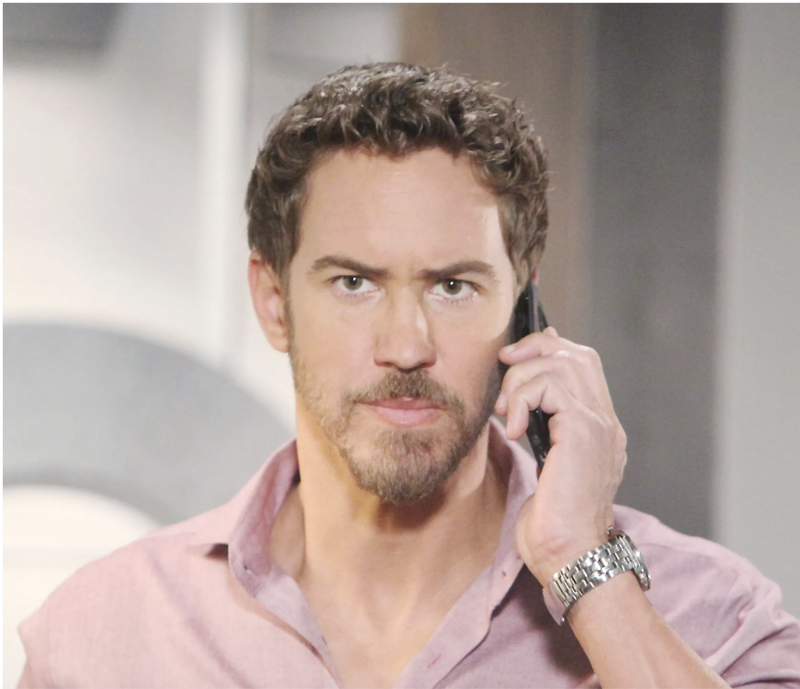 General Hospital Spoilers – Peter August Does His Own Thing, And Cyrus Renault Fears He Will Go Rogue

Cyrus has Jason in jail, and it was likely him who influenced the judge not to grant bail. All Peter did was write a splashy tabloid story about the “terror ending” in Port Charles with both Jason and Franco featured prominently, and strut into the courtroom like a peacock!

Cyrus notices a troubling pattern with Peter – he wonders if Peter really will help him find his “missing” mother, or if all he will do is publish a follow-up to Jackie Templeton’s (Kim Delaney) interview with her to indicate Florence Grey (Annie Abbott) has disappeared, and blame it on Jason! Jason would be to “blame” – after all, after Jackie and Cyrus’ brother Martin Grey (Michael E. Knight) discovered the Corinthos safe house where Bobbie Spencer (Jacklyn Zeman) was taking care of Florence, he had to move her. 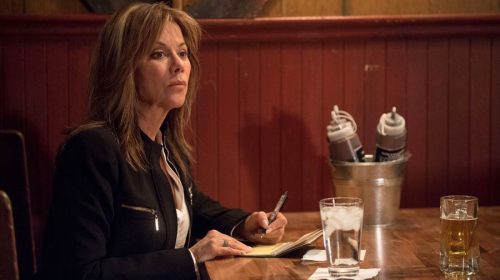 It’s not for sure that Carly Corinthos (Laura Wright) even knows where she is, although if Bobbie is still taking care of her she likely does. Then Cyrus has some concerns that Peter will go rogue and do his own thing which may be at cross purposes with Cyrus’ business, because Peter does not work with people, he uses them! It’s entirely possible that in the end, Cyrus will take out Peter himself or have one of his henchmen do it, because that’s what happened to Julian Jerome (William DeVry) when he didn’t take out Jason properly! Cyrus may have to have a contact within Pentonville take down Jason!