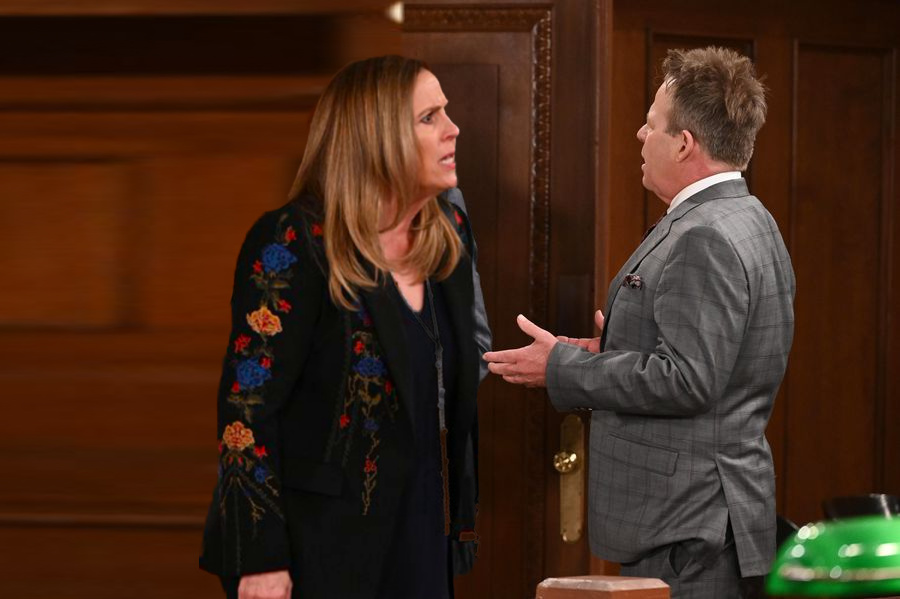 General Hospital (GH) spoilers tease that Laura Collins (Genie Francis) will get a surprise visit from her ex-husband and first love Scott Baldwin (Kin Shriner) in an upcoming episode of General Hospital! Scotty will have some information that might be helpful to Laura in her quest to keep Port Charles safe!

General Hospital viewers will recall that Liesl Obrecht (Kathleen Gati) showed up at the Port Charles Police Department holding cells when Scott went to confront Jason Morgan (Steve Burton) about the murder of his son Franco Baldwin (Roger Howarth). Jason of course was being held for arraignment and Liesl knew that it was Peter August (Wes Ramsey) and not Jason who had murdered Franco.

Jason maintained the same story, but Scotty was very upset – Liesl convinced him that it wasn’t Jason, but Peter who committed the heinous act. Laura, as the mayor of Port Charles, is usually kept abreast of any criminal activities that happen, although she herself didn’t believe Jason killed Franco either. But Scott wants justice for Franco just as much as anyone, and although he is no fan of Jason Morgan and would have loved to have seen him go down for Franco’s murder, it simply wasn’t what happened.

General Hospital Scotty has been convinced by Liesl of how dangerous Peter is, and he already knows that she had been framed for Peter’s past crimes. So, Scott decides to meet up with Madame Mayor and tell her what he knows about Peter! However, he doesn’t make it a plan – he just decides to pay her a surprise visit. He figures that this information may come in handy. The last time that they had talked she had been worried about why Cyrus Renault (Jeff Kober) was snooping around about the old murders that happened when they were still teenagers! 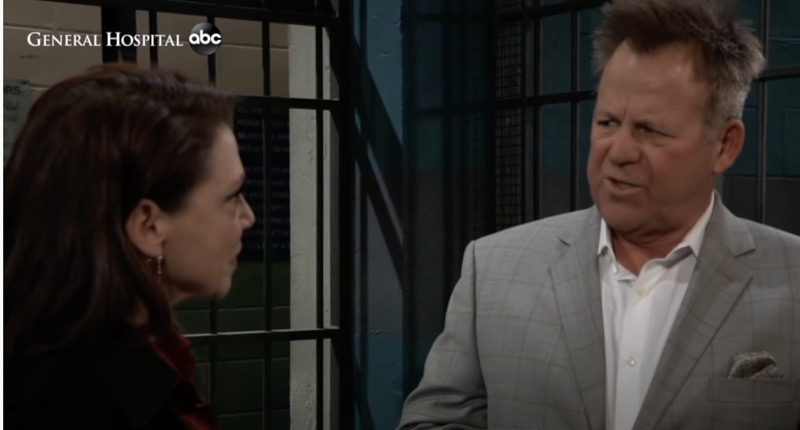 Scott drops in on Laura unexpectedly and says he has some information for her, and besides, the two have not touched base for a while. Unbeknownst to Scott, Laura will have some unexpected news for him. They haven’t spoken at any great length since Laura held him back from attacking Jason in the Port Charles Police Department and informed him personally that Franco had been murdered so he likely doesn’t know that she has found out Cyrus and Martin Gray (Michael E. Knight) are her half-brothers!

Of course GH spoilers reveals Scott will remember that her birth father was her mother, Lesley Webber’s (Denise Alexander) college professor, Gordon Gray (Eric Server). Scott will be shocked that Cyrus and Martin are brothers and even more shocked that the two of them are Laura’s half-brothers and that had been why Cyrus was snooping around for old police files on her! Scott has some news for her that will pertain to Cyrus as well. 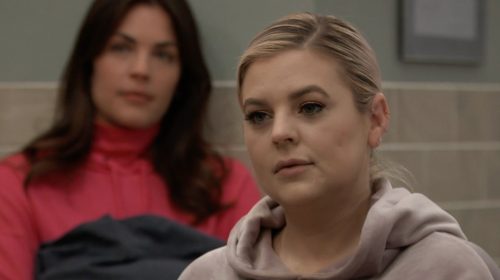 She may or may not have already been told about this perhaps by eneral Hospital  Robert Scorpio (Tristan Rogers) or Anna Devane (Finola Hughes) but he tells her that per Liesl, he’s pretty sure that Peter killed Franco and they think that Peter and Cyrus have aligned themselves with one another. Laura finds that a familiar theory, because she knows about the connection between Gladys Corbin (Bonnie Burroughs) and Jason’s “eyewitness”. She’s been kept in the loop, but cautions Scott to be very careful with anything concerning either Cyrus or Peter. The two have had a productive meeting.