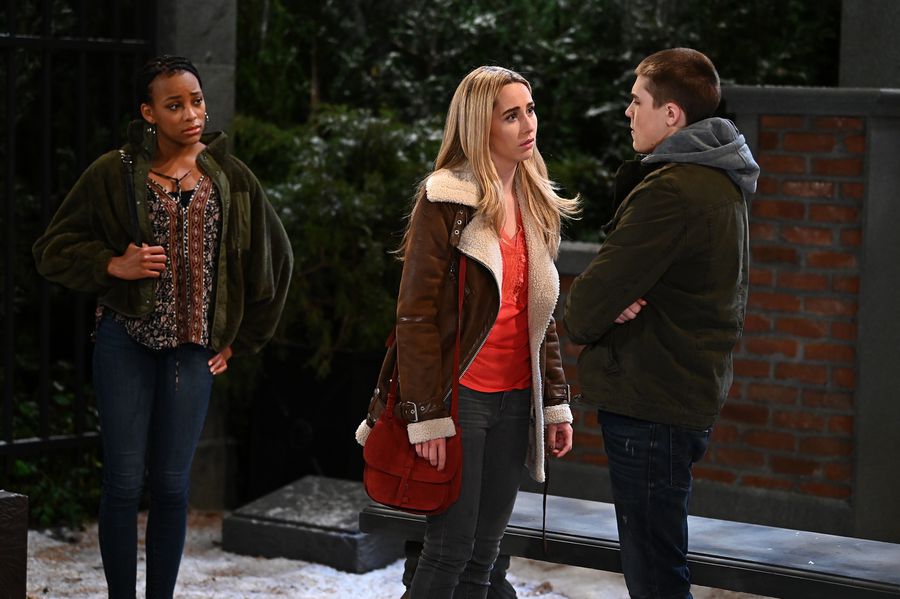 Cameron knows that there was an eye-witness report of Jason disposing of a gun, which turned out to be the4 murder weapon. But the witness, Gladys Corbin (Bonnie Burroughs), was paid by Cyrus Renault (Jeff Kober) to lie to the authorities. Cameron also knows that his mother, Elizabeth Webber (Rebecca Herbst) found Jason kneeling next to Franco’s body not long after the shooting. Cameron can’t understand how Josslyn still believes in Jason’s innocence. But Josslyn knows Jason well and refuses to believe he would hurt Cameron’s family by killing Franco.

Can Trina Robinson help her friends mend their rift?

Cameron will certainly see that he was wrong once the truth about Peter comes out. But it may be too late. Josslyn and Cameron are both getting ready to attend college in the fall, and one or both of them may be leaving Port Charles depending on which schools they end up attending.

Josslyn has already indicated that she wants to go to school away from Port Charles, and away from Cameron. Trina Robinson (Sydney Mikayla) is caught in the middle between her two closest friends, but perhaps she can sit them both down together before their friendship ends. It seems likely that Trina might be the only person who can get Joss and Cameron to see each other’s point of view. 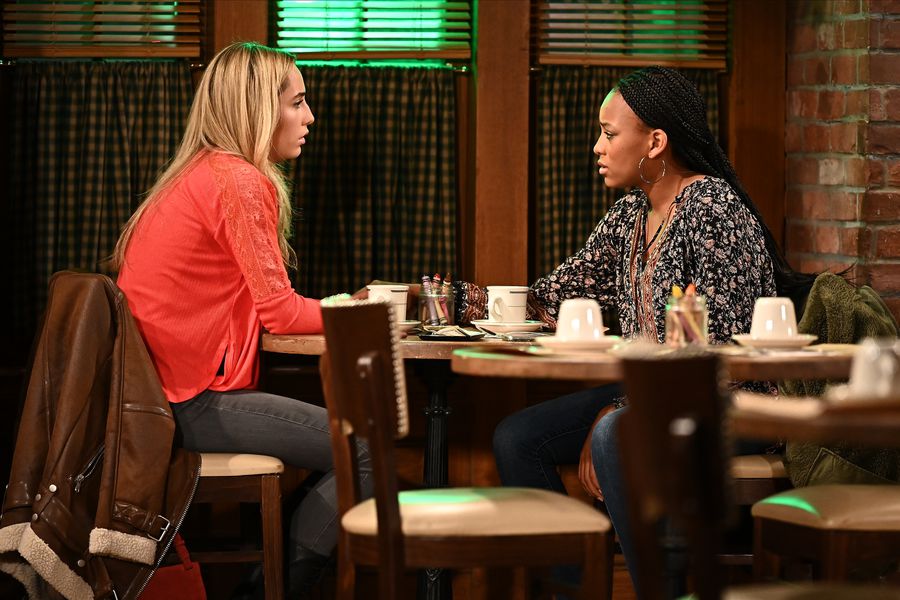 General Hospital Spoilers – Cameron Webber will have to see the possibility of Jason Morgan’s innocence!

It won’t be an easy task, especially with so much evidence against Jason, but Trina may point out that Jason could have killed Franco anytime the past few years, but he hasn’t. Jason is also a professional killer and wouldn’t have left any evidence if he was truly guilty of murdering Franco.

She would also likely point out to Josslyn that the evidence against Jason is incredibly strong, especially with a witness, so she should understand why Cameron would believe it, even if it turns out to be false. But more importantly, Trina would likely stress to both of them that no matter who did what, that the three of them have been through so much together and if they are all going their separate ways to college, they should remain friends. But can Josslyn and Cameron meet each other halfway?

Can Trina bring Cameron and Josslyn together as friends once again? Or will they all go their separate ways without repairing their friendships? Will Peter August be revealed as the killer in time for Cameron to see the truth? The teenagers in Port Charles are faced with adult issues on a regular basis in Port Charles, so stay tuned to General Hospital airing weekdays on ABC. And don’t forget to check back right here regularly for all your General Hospital news, information and spoilers!