How Much is 1000-Lb. Sisters Star Amy Halterman Charging on Cameo? 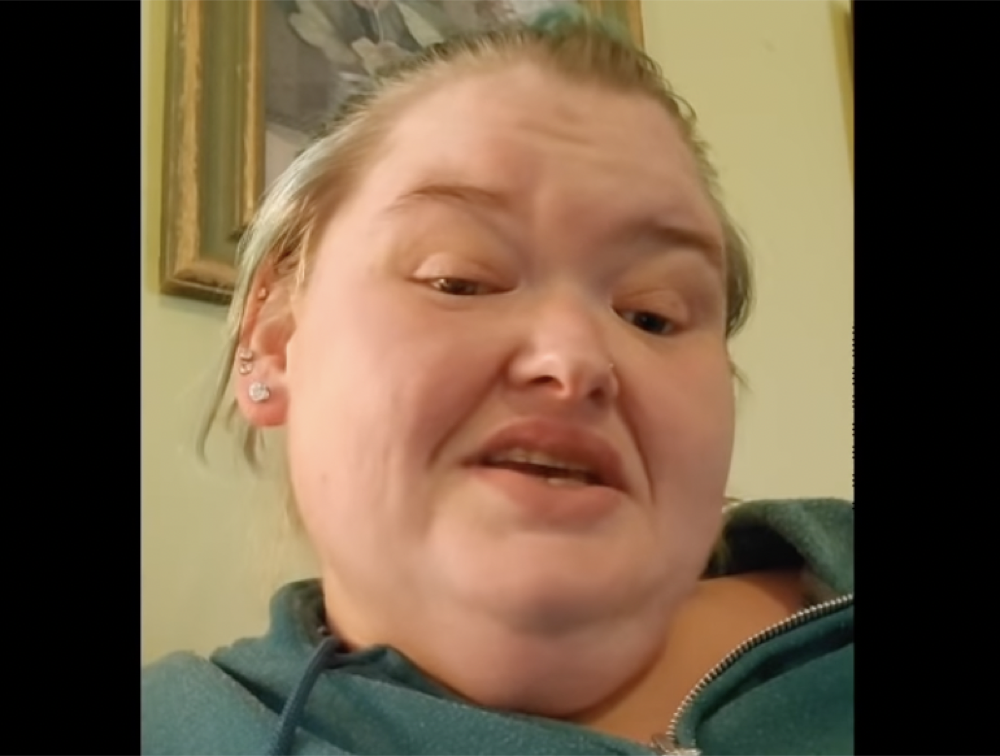 Amy Slaton Halterman is on Cameo! The 1000-Lb. Sisters star shared a couple of new posts about her Cameo shout-outs. A few days ago, she shared a screenshot of her Cameo profile, which revealed that she was charging $50 per video shout-out. She wrote, “Make someone’s day by getting a video shout out from me…”

On that post, fans began commenting about Amy’s pricing, and they encouraged her to lower the cost. They thought $50 was too much. So, in a post the next day, Amy revealed that she had lowered the cost to $30. She hoped this would be more affordable for fans who may not have been able to pay $50 for a shoutout.

In response, other fans argued that she shouldn’t have lowered her prices and that they were totally fair before. They think that Amy’s true fans would be willing to pay $50 for a personalized video from her. 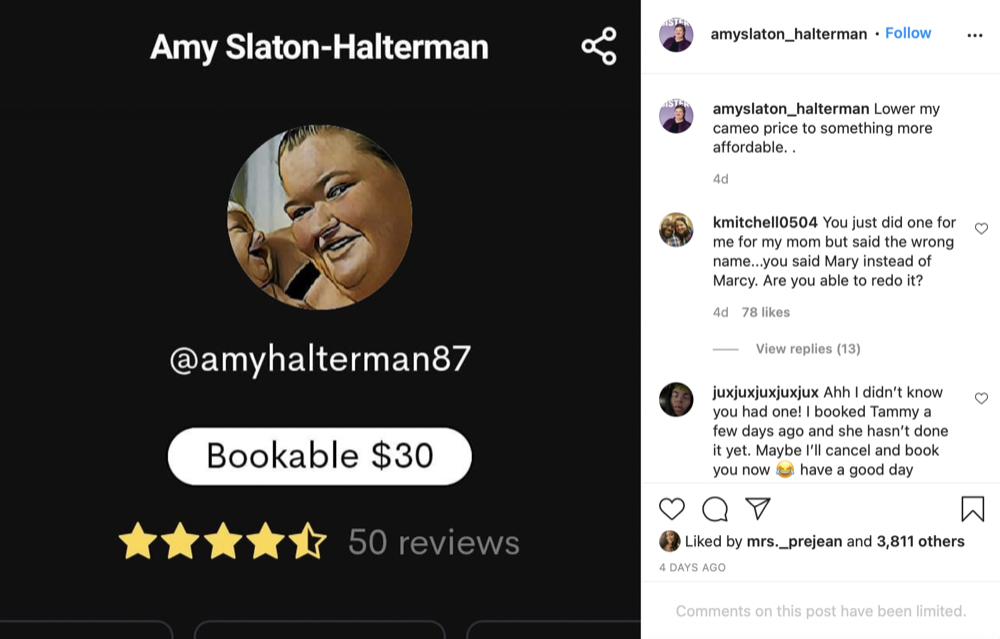 In the comments section of her recent post, fans are talking about how they want to get a shoutout from her. Others are asking if she will partner with her sister Tammy Slaton to wish a friend a happy birthday. It’s unclear if any fans will be lucky enough to get a video of both Amy and Tammy. Nonetheless, it seems like Amy is pretty successful on Cameo, and advertising on her other social media pages may be able to help her out.

Cameo is becoming a popular way for celebrities to bring in a little extra money while connecting with fans. Anyone can request a video from a celebrity on Cameo. They simply share some information with the star, such as their friend’s name or a special message. Then, the star records a video dedicated to the recipient. 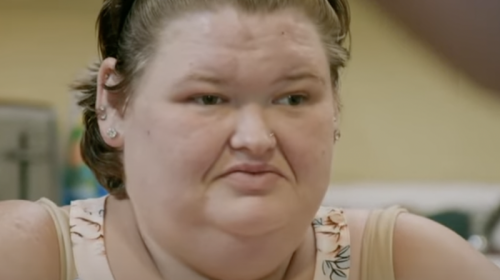 Many celebrities and athletes are on Cameo, and their prices vary. Chris Harrison of the Bachelor franchise charges around $300 per Cameo. Other celebrities charge just $20. It seems like the more popular celebrities charge more, likely because they’re in higher demand and fans are willing to pay extra for their videos.

It looks like Amy has been active on Cameo for a little while now, as she’s racked up some positive reviews already. TLC fans love Amy and think it’s great that she’s offering shout-outs like this. She may get more requests now that her prices are lower.