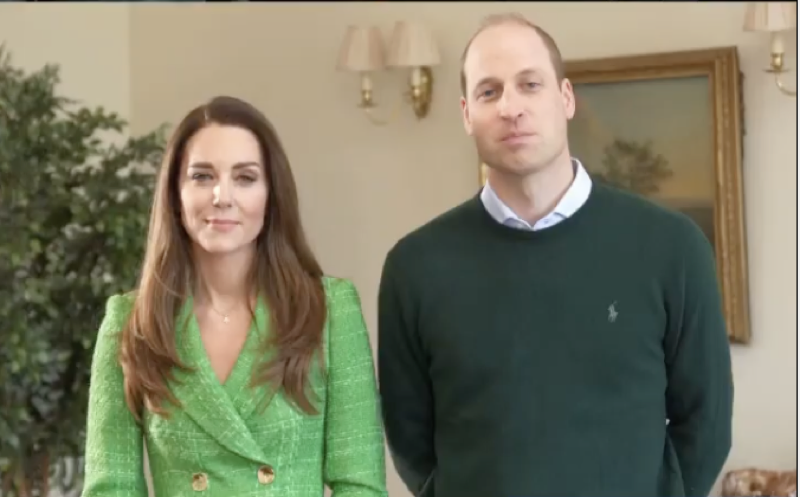 Following his death, all three of the official royal Twitter and Instagram pages changed their icons to honor the Duke of Edinburgh “who passed away peacefully this morning at Windsor Castle.”

Prince Philip’s grandson Prince William and granddaughter-in-law Kate Middleton changed out their picture which they took with their three children last year when they participated in the “Clap for Carers” campaign at the beginning of the coronavirus pandemic. The picture was taken outside their Amner Hall country home. It is now replaced with the stylistic initials of Prince Harry and Kate Middleton.

Their cover picture on Twitter was also swapped with a black and white picture of the late Duke of Edinburgh. 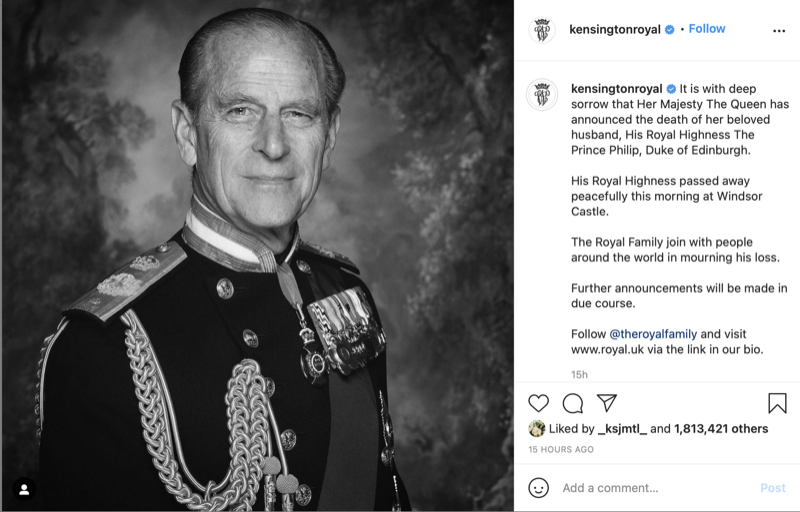 The general Royal Family account, which gives updates on the queen and all the members of the royal family, also changed their profile pictures to that of the royal coat of arms of the United Kingdom.

Prince Charles and Camila, Duchess of Cornwall, whose 16th wedding anniversary happens to fall inside the same day that the Duke died, changed out their profile pictures in honor of his father and Camila’s father-in-law. They switched their smiling picture, which they originally posted in honor of Wales Week 2019, with the Prince of Wales’ feathers. Prince Charles will now bear the title of Duke of Edinburgh due to his father’s death.

All three accounts shared the news of Prince Philip’s death alongside a black and white portrait of the royal smiling in his military uniform.

The royal family’s official website www.royal.uk main page has been replaced with a tribute to Prince Philip against a black background. The current featured news on the site are all from the moments he participated in whilst he was alive. 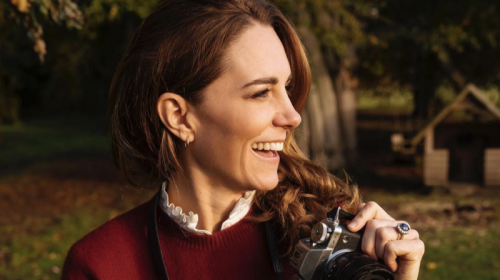 Mourning his death and Celebrating his life

The funeral plans for Prince Philip have been set in motion, as the queen enters an 8-day mourning period during which she won’t engage in royal duties and affairs of state will be put on hold. After the first eight days, the period of official Royal Mourning is expected to continue. The country will mourn for 10 days and the royal family will do so for 30 days. Guardsmen will wear black armbands on their tunics during that time.
It is expected that the number of people that will be present in the late Prince Philip’s funeral will be checked due to the still-ongoing pandemic.

People around the world are mourning the Prince’s death, but they’re also remembering his life, his service to his kingdom, family, and mostly, how he diligently stayed by Queen Elizabeth’s side as a consort for over 70 years.

Prince Philip was born in 1921 and passed away in 2021, and he will be remembered by the life he’s lived.