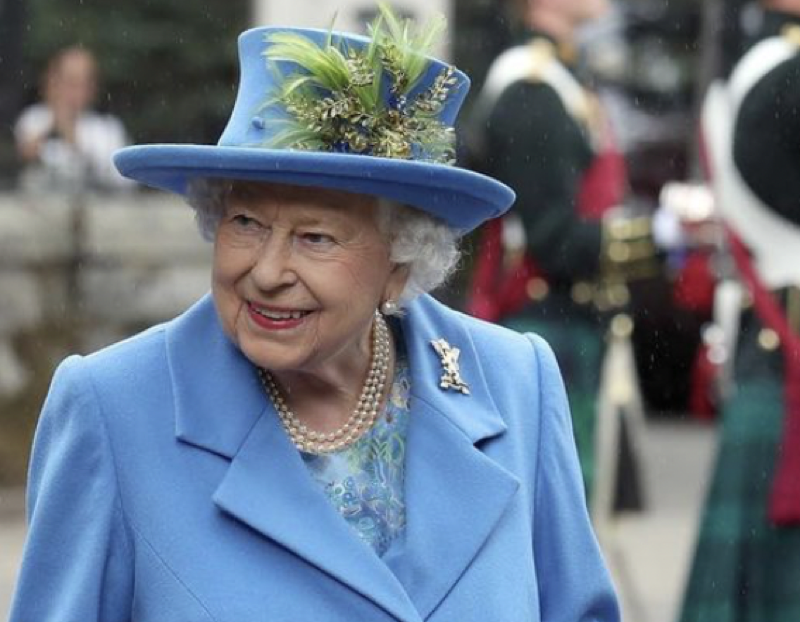 British royal family news reveals that the Queen marked her 95th birthday while in a period of mourning for her husband of 73 years, the Duke of Edinburgh. She said that she was touched by the show of support following his recent death and burial which took place Saturday.

Celebrations will be subdued this year owing to COVID restrictions and Philip’s passing. There will be no traditional gun salutes as the Queen is in a two-week mourning period.

Her words were her first comments since Prince Philip’s death. She stated that she was moved by the enormous number of well-wishes she received from around the world and was grateful for the tributes paid to her husband.

According to the Queen the family is in a, “period of great sadness,” following the death of Philip who died peacefully at Windsor aged 99.

Her Majesty said in a statement, “I have, on the occasion of my 95th birthday today, received many messages of good wishes, which I very much appreciate.”

“While as a family we are in a period of great sadness, it has been a comfort to us all to see and to hear the tributes paid to my husband, from those within the United Kingdom, the Commonwealth and around the world.” 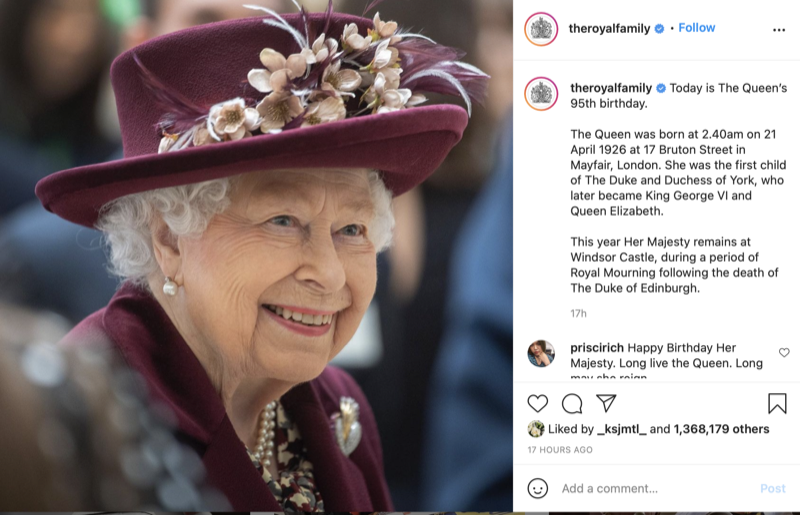 She added, “My family and I would like to thank you all for the support and kindness shown to us in recent days.”

“We have been deeply touched, and continue to be reminded that Philip had such an extraordinary impact on countless people throughout his life.”

Today Buckingham Palace shared a photo of Her Majesty at a royal engagement with a message wishing her a happy birthday. Prince Charles and the Duke and Duchess of Cambridge’s Instagram accounts then re-posted the beautiful photo of the monarch. 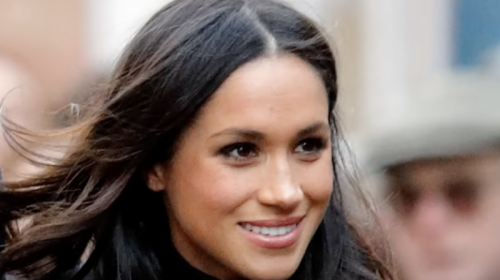 Royal Family News: The Queen Is in Mourning

The Queen will receive family visitors today but errant grandson Prince Harry will not be one of them. After flying in for the funeral it appears he could not be bothered to stick around a few extra hours to make his grandmother’s birthday extra special. Instead he hopped a flight home to his California mansion yesterday, a mere 24 hours before his grandmother’s birthday and just two days after his grandfather’s funeral.

It is said the Queen will spend today in quietude and follow her routine of taking her dogs for a walk.