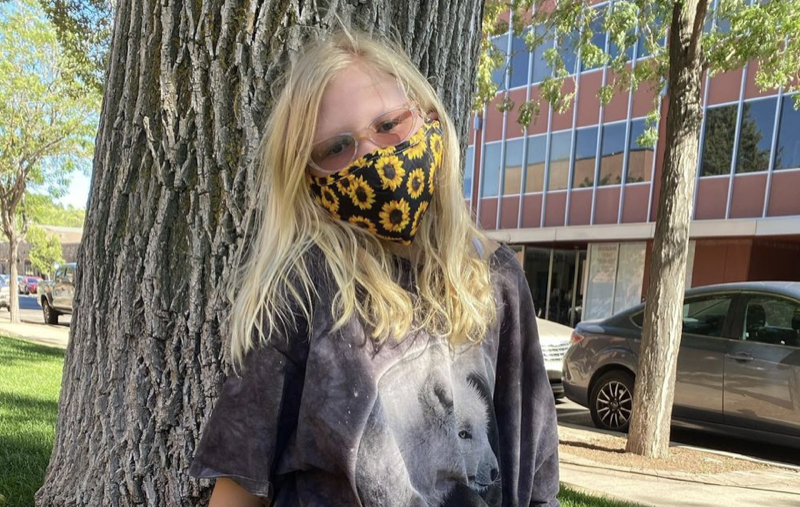 Sister Wives Truely Brown seemed a bit sad during the latest season of Sister Wives as she really missed her friends during quarantine. Possibly, she also wonders what goes on between her mom and dad right now. Christine told her TLC fans that this week, poor Truely paid a visit to the dentist and she needed some work done. That sounds enough to make any kid feel terrible. However, she had a rather interesting encounter there.

At the age of 10, Christine’s youngest daughter by Kody Brown seemed so very sad. She hated that she couldn’t even play with her half-sister. Plus, she really missed playing with her own friends and couldn’t have them over on her birthday. The Sister Wives show airs about a year after events in real life. So now, Truely’s 11 years old. While she shot up and closely resembles her sister Gwendlyn these days, she’s still enough of a child to fear the dentist.

Her mom Christine, posted up about Truely Brown on April 22. Well, she might be a little bit older and recovered from disappoints during the quarantine, other things might also play on the kid’s mind. After all, fans saw that things went a bit south with Kody and Christine on the show. As recently as February, she still rehashed the fact that she’s less tolerant of Kody these days. One of the best things though is that they don’t have screaming matches in front of the kids. However, kids sense things. If Truely feels a bit unsettled, the visit to the desist probably made her feel even worse. 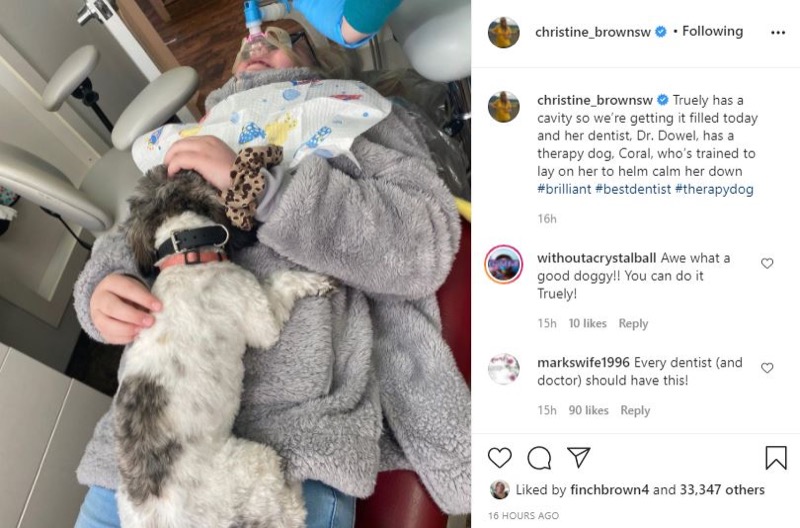 Surprise Encounter At The Dentist Rooms

If Truely Brown hated the idea of dental work as she had a cavity, she probably cheered up quickly as she encountered a therapy dog. Named Coral, Christine explained that the dog is “trained to lay on her to [help] calm her down.” In the photo that she shared, Truely lay on her back and her stands stroked the pooch as it lay face down on her tummy. Probably, meeting the dog helped take her mind off the drilling and discomfort.

The little Sister Wives star, Truely Brown seems like a very sweet kid and she likes animals. So, at least something nice happened in her world recently. Not every dentist has a therapy dog, after all. TLC fans commented on the post, and they loved the idea of the therapy dog at the dentist. One of them noted, “Every dentist (and doctor) should have this!” Mind you, another fan talked about those people who suffer from allergies.

Some people boast that they don’t feel dental pain. Or, they claim their dentist never hurts them. However secretly, possibly everyone fears the discomfort. Especially as dentists so often describe the pain and being a bit “uncomfortable.” Or, if they say “this might hurt a bit,” it feels like some ancient torture. So, one Sister Wives fan said, “I’m a grown adult and wish my dentist had this. That’s an awesome idea.”

Remember to check back with us often for more news, updates, and spoilers about Truely Brown of TLC’s Sister Wives.