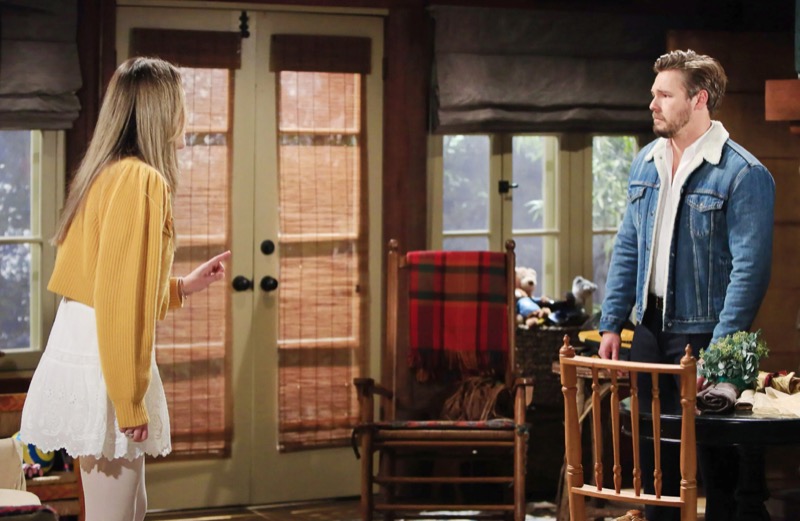 The Bold and the Beautiful (B&B) spoilers reveal that Hope Logan Spencer (Annika Noelle) knows her husband is hiding something. Knowing he could lose her, Liam Spencer (Scott Clifton) could decide to tell Hope everything. However, Bill Spencer (Don Diamont) stops him from making a big mistake. Could Bill interrupt Liam and Hope’s private moment to prevent a confession?

B&B spoilers reveal that Hope is already concerned about Liam. She knows that something is going on with him and it’s not their relationship. They had actually made some real progress and were on the way back to reconciliation. The next thing Hope knows, Liam is canceling their date, is avoiding her, sounds “off” on the phone, and is acting withdrawn. Don’t even get us started on Bill grabbing the phone away from Liam to pretty much tell Hope to buzz off.

The Bold And The Beautiful Spoilers: Marriage At Risk Again

Hope is going to confront Liam during the week of April 19. However, she won’t get any solid answers. It forces her to tell Thomas Forrester (Matthew Atkinson) that Liam is behaving very suspiciously. Liam knows that his marriage is at risk all over again. Hope thinks he is hiding a big secret and Liam doesn’t want that to destroy their chances. So, he could decide to tell Hope what’s really going on. 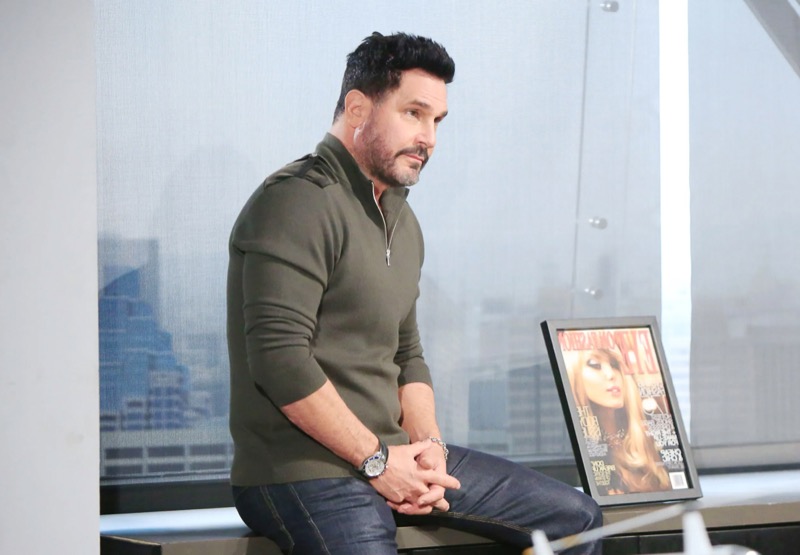 The Bold and the Beautiful spoilers reveal that Liam will likely begin to confess to Hope. He will start out talking about the night they kissed. He will go into great detail about how Bill had a few drinks while chatting with Brooke Logan Forrester (Katherine Kelly Lang). So, he handed Liam the keys to his fancy car and let him drive. Of course, expect this conversation to go on for about five episodes without him even getting to the part about Vinny Walker (Joe LoCicero)!

The Bold And The Beautiful Spoilers: Bill Spencer Barges In

The spoilers state that Bill races to stop Liam from making a mistake he’ll regret. While it doesn’t mention what mistake that is, could it be referring to Liam confessing to Hope? We can just see Bill running over to Hope’s cabin and barging in the door right before Liam gets to the part about running over Vinny. 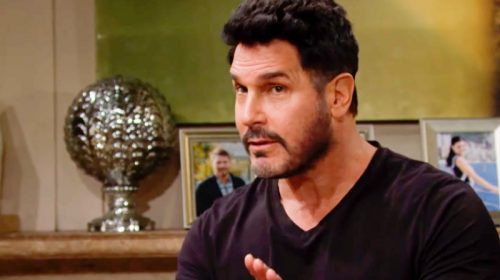 Of course, Hope will be confused and want to know what Bill is doing there. Liam will already know what his father is up to. Unable to stand up to the man, Bill will probably create some emergency that requires him to steal Liam.

While Hope might not find out the truth that day, it’s only a matter of time before it comes out. Liam will either confess or the police will realize the truth. To find out what happens with this storyline, we will have to keep watching the CBS soap.