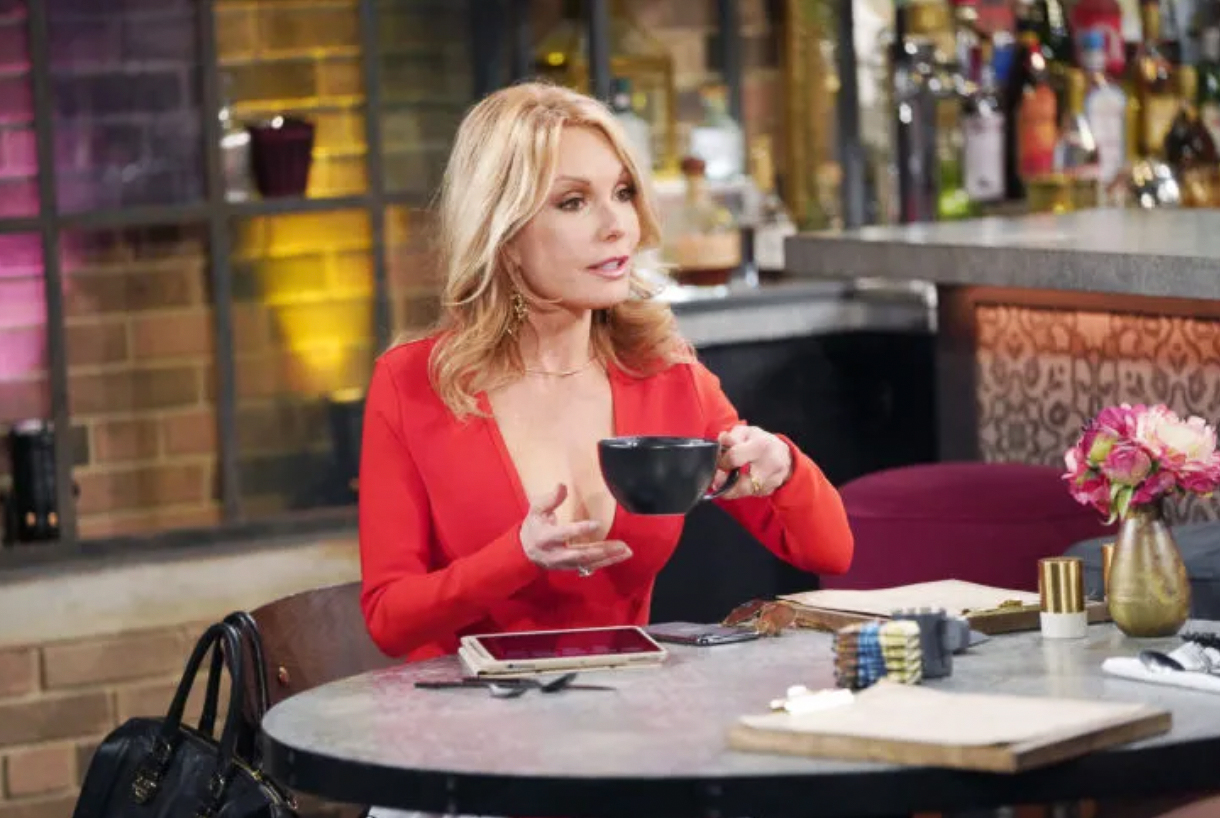 Viewers of The Young and The Restless will recall that Jack has been getting some flak about his relationship with Lauren’s star employee, Sally Spectra (Courtney Hope) and Lauren’s trying to help. Phyllis Summers (Michelle Stafford) has been going out of her way being “protective” of her friend and ex-husband Jack and actually warned Jack about her! She even went to Lauren and tried to get her to transfer Sally back to Los Angeles to manage the new Fenmore’s store opening there.

She also had decided to call Wyatt Spencer (Darin Brooks) back in Los Angeles to find out what Sally did to think she needed to move halfway across the country to Genoa City to make a fresh start! Phyllis’ daughter Summer Newman (Hunter King) already knows the worst of the dirt, she got it from Flo Logan (Katrina Bowden), Wyatt’s fiancée when she and Kyle Abbott (Michael Mealor) went out to Los Angeles to seal a deal with Spencer Publications.

Flo was more than happy to tell Summer how Sally faked a terminal illness in order to gain Wyatt, her ex-fiancé’s sympathy in hopes of winning him back from Flo. Sally had even gone to the extreme of recruiting a doctor friend who wanted to get into the fashion design business to fake Sally’s diagnosis, and it had all blown up in her face when Flo figured out Sally was faking and proved it.

Sally and her doctor friend had then knocked Flo out and tied her up in Wyatt’s beach house and he rescued her! Then Sally spent some time in a mental institution before heading out to Genoa City. It is likely that Phyllis will get this whole sad story out of her daughter and tell it to Lauren in an effort to get Sally fired! But that won’t be the bad news Lauren tells Jack! 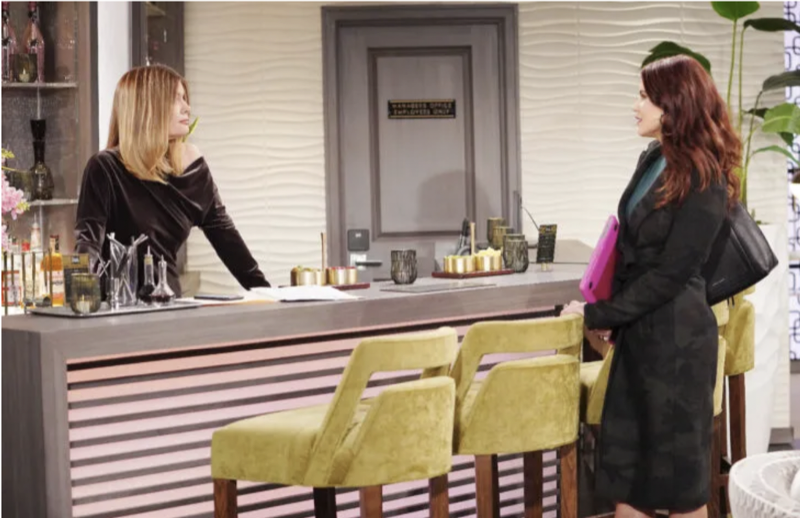 The Young And The Restless Spoilers – Redhead On The Prowl Alert, But It’s Not Who Phyllis Summers Wants Lauren Fenmore To Think!

Phyllis does indeed call Wyatt out in Los Angeles, but he doesn’t know Phyllis Newman from a hole in the ground. She tells him she’s Summer Newman’s mother, and wants the dirt on Sally. Wyatt has a good heart and he doesn’t tell her anything of substance, other than it was a bad breakup between them and Sally didn’t take it well. After all, he’s known people who have done worse things, including his current fiancée and his own mother! He doesn’t wish anything bad for Sally and doesn’t hold anything against her.

Phyllis finally gets the whole sordid story from Summer, who is more worried about Kyle’s problems with Ashland Locke (Richard Burgi) as Jack is also. Now that the crisis with Faith Newman (Alyvia Alyn Lind) is over and she and her current lover Nick Newman, (Joshua Morrow) Faith’s father know Faith will be okay, she turns to solving the problem of dangerous Sally and blabs Sally’s dirty laundry to Lauren! Phyllis thought Lauren would be relieved, and send Sally on her way to ruin someone else’s life but Lauren is not receptive. Even if it was true, she stands up for Sally. 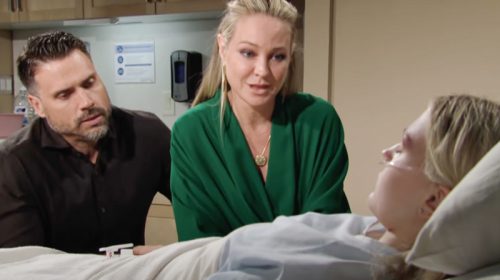 Lauren knows that people can change when they want to change and Sally has been very worried that someone in Genoa City would find out about why she left Los Angeles. Lauren has known worse than Sally who realized the errors of their ways and misspent youth and made fine upstanding citizens of themselves – her own brother in law among them. Phyllis fumes and Lauren can tell that her next stop is Jack!

The Young and The Restless spoilers tease, Jack had told Lauren that Sally was worried he and others would find out about her past, and notes her fearful reaction when she came into the Jabot boardroom recently and found Bill Spencer (Don Diamont)! The bad news that Lauren has for Jack is not Sally’s scam to hold on to her boyfriend but Phyllis’ acting more like she’s on the prowl for Jack again and this whole “protectiveness” is really jealousy! The redhead’s on the prowl for Jack, but it’s not the redhead Phyllis wanted him and Lauren to think!