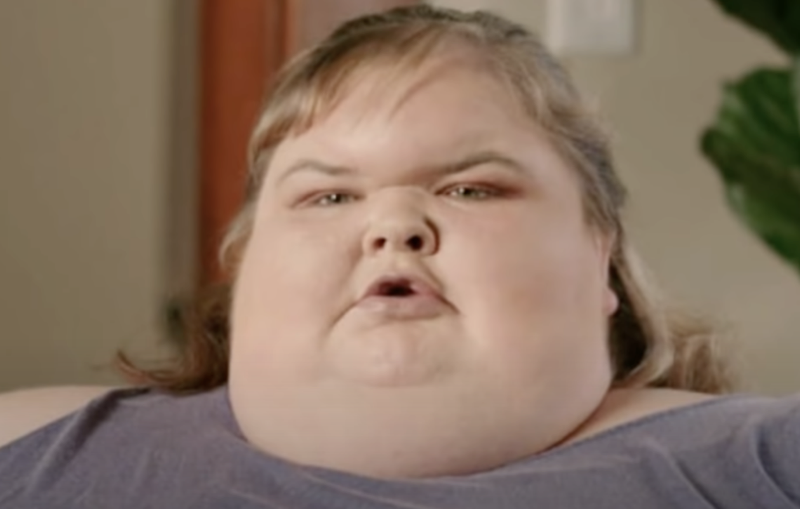 1000-LB Sisters fans wonder what’s up with Tammy Slaton at the moment. She hasn’t posted anything new on her YouTube in two months. Then her TikTok went down. And now, on Instagram, TLC fans complain about her Cameo account. Sometimes, Tammy lets some tea slip about the show on her social media, and fans follow her hoping for that. Plus they talk about their fears for her health.

Redditors discovered that a notice came up in Tammy’s TikTok that indicated she might have been banned for violations. Now that notice disappeared, and fans who try watching just see a message about it not exiting anymore. Another TikTok account, @theofficilatammi is there with three videos. However, it isn’t clear that Tammy Slaton runs it. Some fans thought it might be a good thing if she stays off TikTok. They prefer that she rather works on gaining her health back and losing weight.

1000-LB Sisters heard from Tammy on Instagram recently, where she let it slip that TLC might be filming the third season of the show. As usual, she uses filters a lot so fans can’t see if she lost any more weight. Additionally, she claims she isn’t in a nursing home, as fans thought. Well, fans become impatient with her as she seems rather uninterested in gaining her health back. In fact, she still wears the oxygen tubes. So maybe she just remains way overweight. 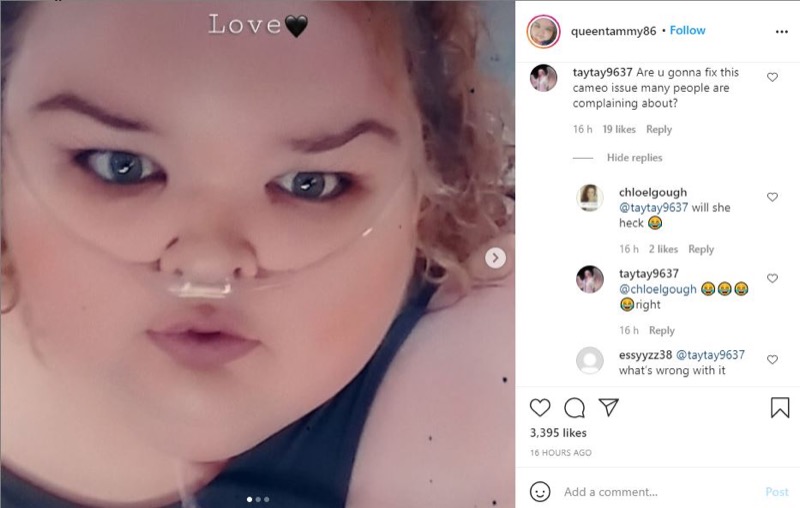 What’s Up With Cameo?

Tammy took to Instagram on Sunday, May 2. The 1000-LB Sisters Sisters star put up three photos without any caption. In the comments section, a few fans complained about Cameo. They asked Tammy about it. However, she seldom answers questions. Perhaps fans complain across social media about her not delivering what they order. Over on Cameo, only nine reviews show, and Tammy Slaton racked up five stars. Only one complaint in the reviews says anything negative. Allegedly, she sent the cameo to the wrong person.

A 1000-LB Sisters fan asked Tammy in her Instagram post, “Are u gonna fix this cameo issue many people are complaining about?” Others in the know found out that allegedly, “she only does the cameo if she feels like it!! She should be charged with fraud!! 😠” 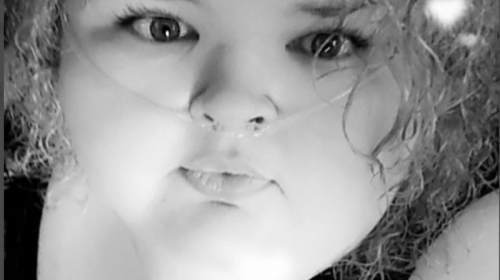 Then another fan also commented, “I don’t understand why she advertises it or even agreed to do it if she doesn’t want to actually do it.” Then, they explained that it seems like missed cameos don’t actually come as refunds. Apparently, “it’s a credit to use towards another cameo. That isn’t fair. Someone should report her to cameo so that they don’t allow her to do this to someone else.”

The Fire Gets Going For 1000-LB Sisters fans

Of course, it only takes one person complaining about this sort of thing for TLC fans to recall Amy and the faked death of Tammy. A fan said, “Amy pretended tammy died and made a gofundme for the funeral.” It’s an old scandal now, but that’s all it takes to get the fire going about the two sisters and possible internet scams.

Remember to check back with us often for more news about Tammy Slaton on TLC’s 1000-LB Sisters.