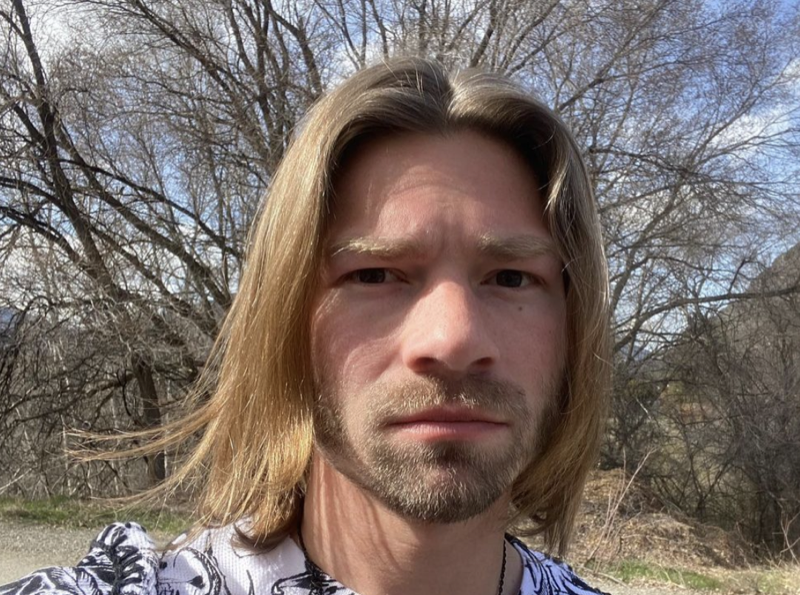 Alaskan Bush People spoilers and updates reveal Bear Brown finally addressed rumors that he cheated on Raiven Adams. The reality star also confirmed that he and Raiven have already separated following the latter’s confirmation about their breakup earlier this week.

The reality star took to Instagram to update his fans. Bear posted a photo of him sitting in the shower all drenched with water while wearing a tuxedo and holding a ring box in his hand. He started his lengthy caption with “Semper Fidelis.”

He continued to say that he and Raiven have split up over a month ago. He also slammed the cheating rumors and clarified that he was “never unfaithful to Raiven.” He added that their breakup has nothing to do with infidelity.

“I was never unfaithful to Raiven, I have always loved her and only her, she simply felt I was not what she’s looking for,” he explained. 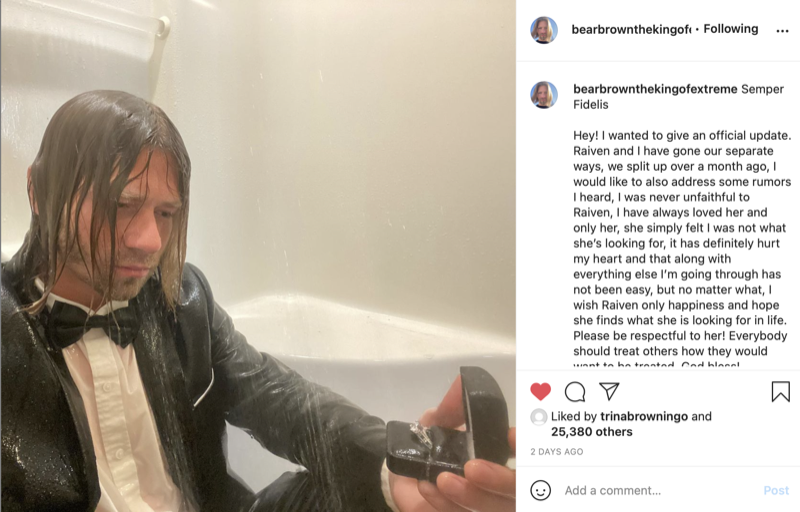 Alaskan Bush People cast member Bear admitted that their break up was tough and had “hurt his heart” especially since it came at a time when he’s struggling to cope with his father’s death, back in February. Although heartbroken, he still hopes that Raiven will “find what she’s looking for in life” and wished her nothing but happiness. She also asked his fans to respect the mother of his child and to treat her well.

Bear drew a mix of reactions from his followers. Some of his fans gave him encouraging words while others feel that his photo was just too much. A few of them felt that taking a photo in the shower was unnecessary. 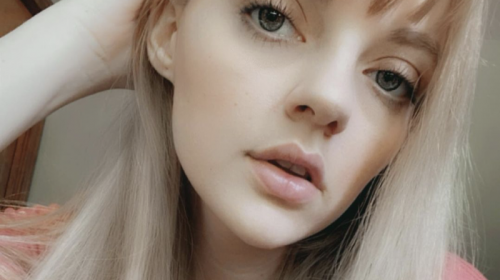 It seems like there’s no chance that the former couple will rekindle their relationship. Earlier this week, Raiven clarified that she has no plans of getting back with Bear.

“I am looking for a healthy positive relationship if I am to have one at all and a happy life for our son,” she said.

“As a couple we are unable to provide that for him so it is in rivers best interest we are separated,” she added.

“This will not happen again as I have closed this chapter in my life and have put my focus to providing a happy home,” she continued.

The couple is known for their on-and-off relationship. Who knows? There’s still a chance they’ll change their minds. But for now, Raiven and Bear are over.