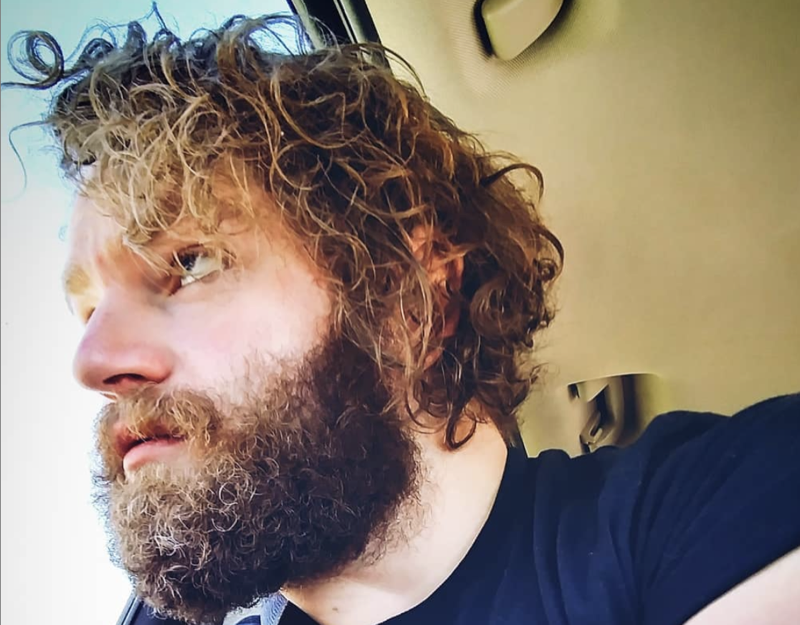 Alaskan Bush People spoilers and updates reveal one of the Browns is showcasing his passion for art. The late Billy Brown and Amy’s middle child, Gabe Brown, has debuted his passion for art on his social media account. Avid fans of the show may have noticed that Gabe has started to explore his artistic talent following the passing of his father back in February. Since then, he’s been using his online presence to promote his artistic skills.

Gabe has a wife, Raquell, and a daughter, Sophia. He started appearing on the show back in 2014 but decided to leave the wilderness so he could spend more time with his own family. Gabe has always loved the outdoors since he was a child. It was one of the many things that kept him happy despite having to take on gruelling work in the wilderness while growing up.

Now, aside from his expertise in the wilderness, the 31-year-old celebrity has been showing his growing love for the arts. He seems to be particularly interested in doing portraits and he has been using his social media account, particularly Instagram, to promote his artwork. 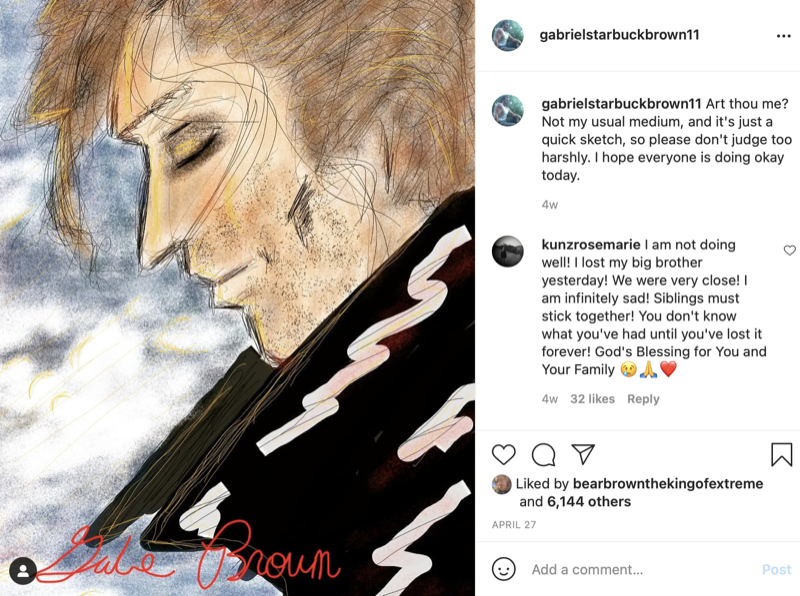 Last month, Gabe shared a sketch he made on Instagram. It depicted a man’s profile, which resembled Gabe a lot. In the caption, he wrote, “Art thou me? Not my usual medium, and it’s just a quick sketch, so please don’t judge too harshly.”

At the end of his post, he said, “I hope everyone is doing okay today.”

Before sharing his sketch, fans know that Gabe has been absent from social media for almost a year. But after the passing of his father, he decided to reactive his account to post a message dedicated to his dad.

In his post, he said, “Being happy used to be easy. There was nothing to be sad about. Sure there were always ups, and downs, but at the end of the day as long as I could look around, and see those faces of the ppl I love happy was easy.” 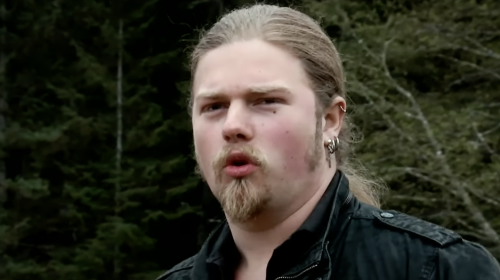 Now that his father is gone, the rooms are “empty.” He “I carry on from day to day, remembering those things you’d say, tears of pain run down my face they try to take your special place, I wake up dreaming we have to be apart, yet those we lose from our sight are never gone from our hearts.”

But he also noted that someday, he knows, they will be “together again in God’s eternal kingdom.”