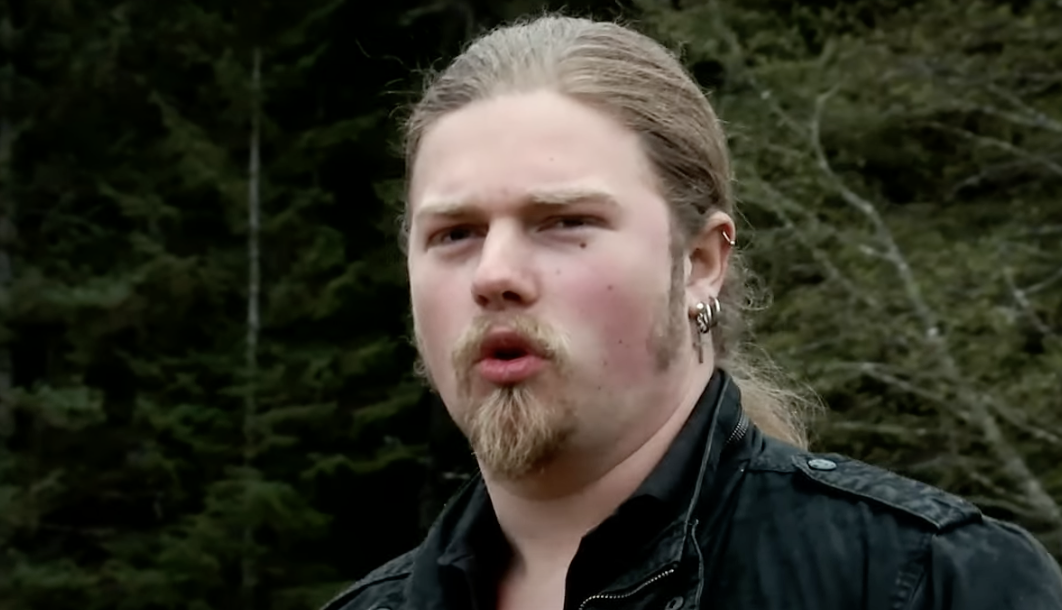 Alaskan Bush People spoilers and updates reveal fans have been wondering why Noah Brown has not yet returned to their family homestead. Some have speculated that it probably has something to do with their sibling drama. The reality TV star made it clear that the North Star Ranch is home and he and his wife, Rhain, and their 2-year-old son, Elijah, have not yet returned because they’re still rebuilding after they lost everything in the Palmer mountain wildfire.

In an Instagram post, Noah shared a photo of trees and snow and started the caption with, “To set the record straight so that everyone can stop asking and speculating.”

“The mountain is home, North Star Ranch is home, the only reason that we are not on the mountain right now is because Rhain and I personally lost everything in the Palmer mountain wildfire; so we are in a rent house until we can rebuild what we lost,” he said.

He posted the message to set the record straight and not to ask fans for their help. But he thanked his fans and followers for their “well wishes and prayers.” 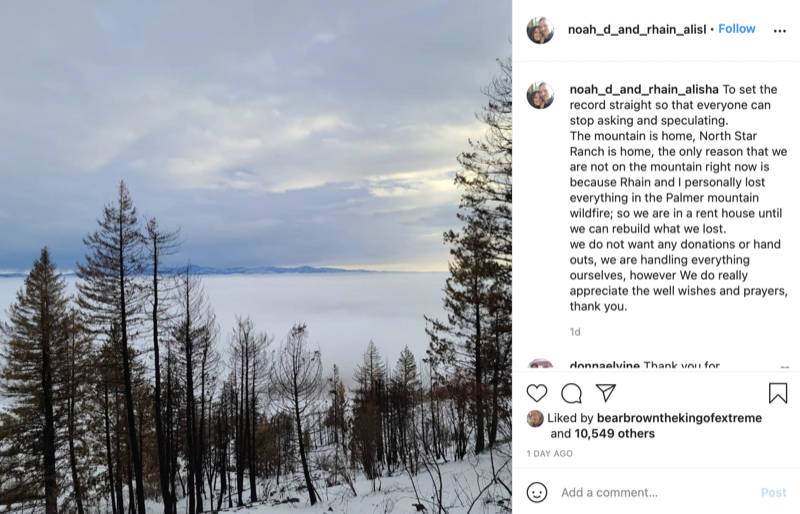 Fans may recall that Noah and his family had to leave their homestead in Okanogan Country, Washington when the wildfire broke on Palmer Mountain. There were no casualties during the incident but Snowbird Brown described it as a “crazy” experience. When asked when they would return to their homestead, she said it was “pretty much up in the air.”

Matt Brown made a shocking revelation in a shocking video where claimed that his father Billy Brown withheld money from him and that his parents and the production staff gave him alcohol and drugs, which led to his addiction and mental health problems.

Noah Brown shared a screenshot of SAMHSA’s National Hotline information and included the number for the National Suicide Prevention Lifeline in his caption. 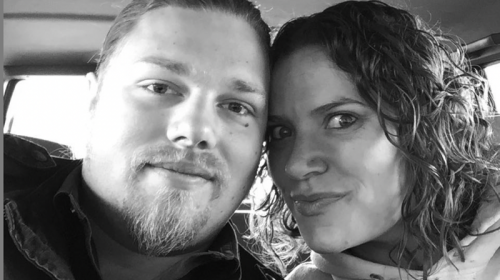 It also included a lengthy message about the struggles that a family of an addict has to endure. He said that an addict who is “at their low point will not ask for help but they will ask for money for food, then when you give them food including your best steaks and even a good skillet, they say thank you,” he said.

“And then ask for money to buy clothes, so you give them new shoes, warm socks, a good jacket and a few pairs of undergarments, they say thank you,” he continued.

“you are so kind and caring, and then go on to ask for twenty dollars for gas…..once you remind them that they don’t own a car…then they change and get defensive and hostile.” he added.

Noah also said that things become worse and dangerous when addiction is paired with paranoid schizophrenia.

He pointed out that “This message is intended to draw attention to the struggle that the families of these individuals are going through on a daily basis, God Bless and stay strong.”