Amy Roloff Gets LPBW Fans Rushing To The Kitchen 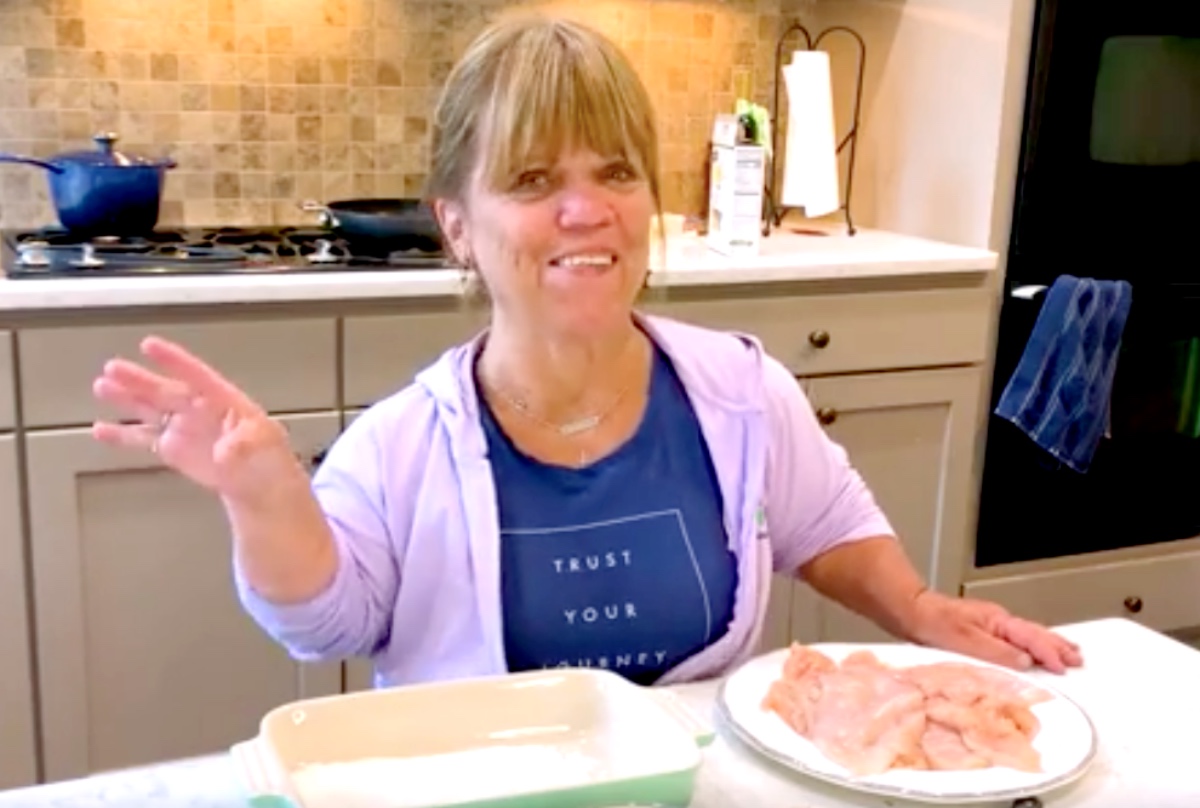 Amy Roloff fans know that the LPBW star adores cooking. In fact, the Little People, Big World star also runs her Amy’s Little Kitchen. Often, she posts up her seasonal fudge there. Many people claim it’s simply delicious. Other times, she reveals herself preparing a meal on her Instagram. On Thursday, May 27, she shared an easy recipe and it looks like plenty of fans rushed off to their kitchens to prepare the same dish.

Each seasonal holiday sees lots of yummy things emerge on Instagram. TLC fans dig in their pockets and send off for some custom-made fudge and blended coffee. Notably, she often shares recipes on her website as well. Additionally, the Little People, Big World star mentioned to her fans that she eats everything she produces in her kitchen. Actually, that might account for her increasingly gaining weight during COVID-19. 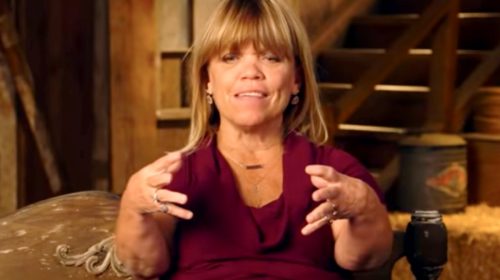 Since the news about her pandemic-related weight increase, Amy Roloff took to her Instagram Stories and revealed that she walks/runs regularly with her pooch Felix these days. So far, she managed 2.9 miles a session. Fans think that possibly, she hopes to look a bit slimmer for her upcoming wedding to Chris Marek. However, that’s not stopping her from cooking some delicious meals in her kitchen. Now, it seems she inspired a lot of people. Probably hundreds of families across the world eat Amy’s dish this weekend.

In a video on Instagram, Amy Roloff revealed herself preparing a nice-looking chicken dish. While she produces a number of chicken recipes, fans like this one as it’s easy to cook and doesn’t even require an oven. Additionally, it’s a nice and quick way to feed the family. Who really feels like toiling for hours in the kitchen after a long day, anyway? In her video, she revealed that she prepared her chicken breast (or thighs) with delicious lemon, pepper, and garlic flavors and served it with pasta.

For garnish and additional spice, she used fresh lemon zest in it, and on the top, she placed a sprinkle of the “chives and parsley.” Amy Roloff found a lot of appreciative fans as the whole thing only took about 20 minutes from start to finish. For fans who don’t want to write down the entire recipe, she also posted up the recipe on her Amy J Roloff website 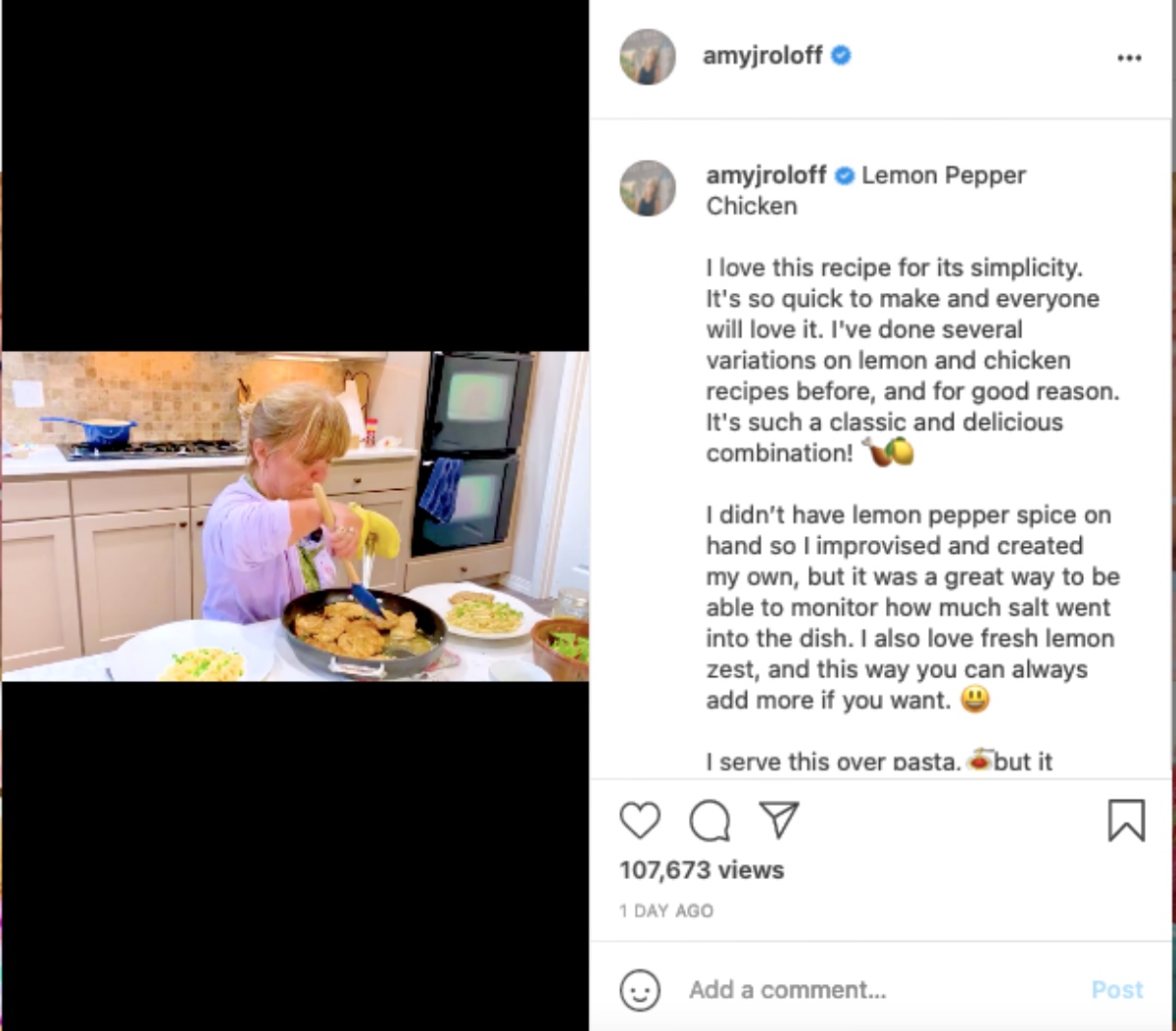 Fans who watched the video of Amy Roloff preparing her meal commented about it. Actually, it looked like quite a lot of them rushed off to the kitchen and cooked it for their own family. One of the comments said, “I’m going to try this tonight!! Thank you! 🙂🙏.” Meanwhile, others said they plan it for a meal this weekend. Lots of them definitely put it on the menu. A follower noted, “Can’t wait to try this recipe! It looks delicious❤️.”

Remember to check back with us often for more news, spoilers, and updates about Amy Roloff from TLC’s Little People, Big World.